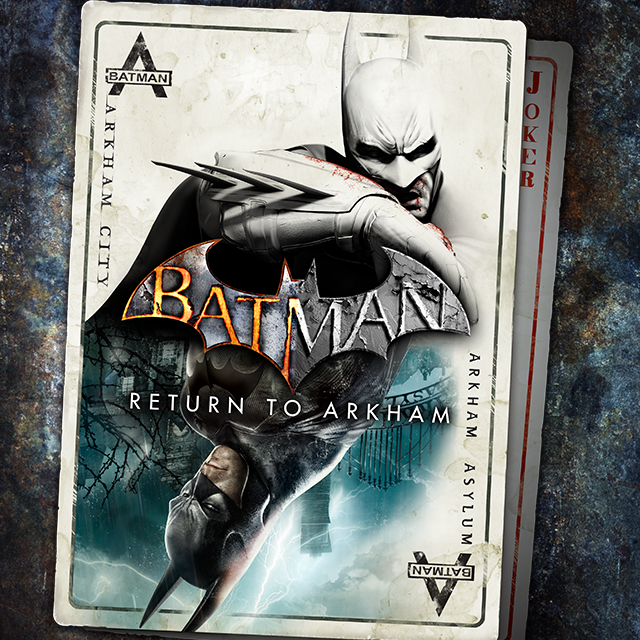 The Arkham series of Batman games (those made by Rocksteady) revitalized the super hero video game genre. In terms of comic-book based games, they are looked upon as being amongst the greatest ever made. When Arkham Asylum released, R.A.G.E. Works (MTR at the time) gave it a perfect score because the combination of writing, graphical work and carefully crafted gameplay was beyond satisfying in 2009. It even held a Guinness World Record as the most highly acclaimed superhero video game until 2011. That title was taken by its successor, Arkham City. With a deeper plot and an insane amount of gameplay, it also received a perfect score from us. Now that we have a new console generation, Warner Bros. Interactive Entertainment has taken both games and compiled every piece of DLC with them into one package called Batman: Return to Arkham. What we explore here is whether or not a remake was necessary so soon. 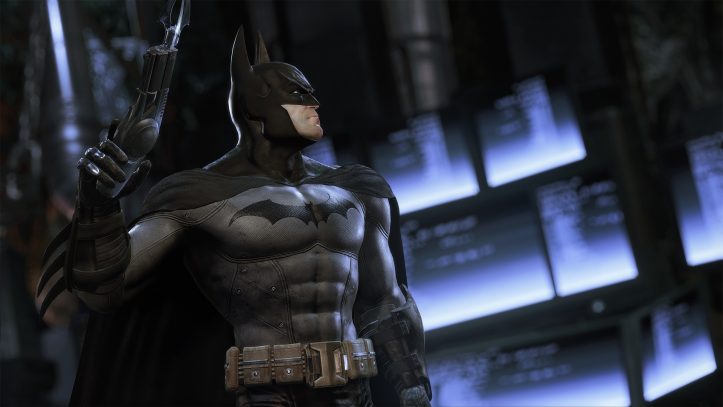 DARK KNIGHT IN THE CITY In Batman: Return to Gotham, you can play the games in whichever order you wish, but there is a proper story progression. The tale begins with Arkham Asylum. Batman captures the joker and decides to accompany him inside of Arkham because he felt that he gave up too easily. The detective's intuition was spot on because Joker wanted to go to Arkham to enact a grand plan. Having taken over the facility, the jailers are jailed and The Dark Knight is surrounded by those he has sent here. Honestly, the Clown Prince has no faith in their ability to stop Batman, but he knows they will slow him just long enough for Titan to be created. Having mixed Bane's Venom with toxins from Poison Ivy's plants, Joker creates literal monsters out of men. The plan is foiled, but Arkham Asylum is all the worse for wear with much of the facility being unusable.

Months later, Bruce Wayne protests the use of Arkham City. An entire section of Gotham was made into a prison by walling it off from society and placing gun turrets all around. During his speech, a paramilitary group called TYGER kidnaps Wayne and dumps him in the prison where the Penguin has some fun with him. The billionaire escapes and puts on his “best suit.” He enlists the aid of Catwoman after saving her first from Two-Face and then from a sniper sent by the Joker. The Joker has recovered from the C-4 Shoryuken that Batman gave him at the end of Asylum, but the Titan serum in his blood is killing him. He tells Batman that he has poisoned all of Gotham's hospital with his blood and does the same to our hero. As Batman searches for a cure, he unearths an even deeper plot that threatens innocents far beyond Gotham's borders.

There is not much to say about the story that I have not said before. Batman fans will love it. Video game fans will love it. I will admit that Arkham City gets extremely weird towards the end. The writers tried to cram too much into one game, but it still turned out to be amazing. Initially, this game was meant to be Mark Hamill's final performance as The Joker. The story took that into account and delivered a powerful finale which was punctuated by the Harley Quinn DLC. Obviously, having one package containing all of these stories is nothing short of amazing. 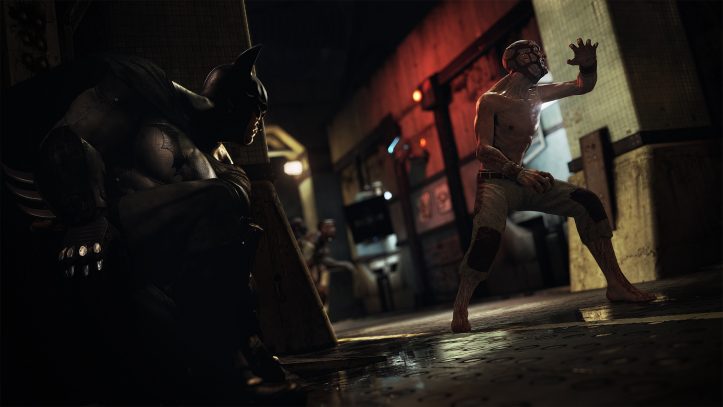 FREEFLOW FOREVER If you have ever wondered where the big shortcoming of comic book video games lies, it is with gameplay. Often there will be one or two things right and a whole lot more wrong. Rocksteady acknowledged that from the start and decided to not try and make a “Batman engine” for their games. They looked at previous comic book games, saw what they did right and copied it mercilessly. In particular, Spider-Man games were copied. The predator sections in both games are heavily based upon stealth takedown sections from Spider-Man, the movie game and other wall-crawling adventures. Detective vision is something that Bruce Wayne has built into his cowl, but the way it works in Batman: Return to Arkham borrows from the spider-sense of Spider-Man 2 (movie).

The meat of these games was in the freeflow combat system. Bruce Wayne spent years training in multiple martial arts disciplines in order to be able to take on multiple assailants alone. The freeflow combat system is a beautiful display of jabs, elbows and skeletal rearrangement. It is a testament to those years of training, but on screen, it is a slightly less acrobatic display of the combat styles from Spider-Man 2 and Spider-Man: Web of Shadows. As in my original reviews, I am not pointing these things out to criticize. I congratulate Rocksteady on realizing what works and piecing it together.

The one thing that was pretty much Rocksteady's alone was the use of Batman's arsenal. Batarangs, explosive gel, the grapnel and the cape all went into the formula of making this series great. Arkham City even improved upon the cape, allowing Batman to glide from one edge of the vast area to the other if you could navigate correctly. As we Return to Arkham, all of the gameplay is intact and you will love it all over again.

SIX IN ONE HAND When Batman: Return to Arkham was announced, I felt that it was too early. The current console generation is being flooded with remakes and many fail to do the original justice. WBIE released the above comparison video which proves that the power of the new consoles are being utilized, but only cosmetically. The improved texture mapping and weather effects capable on PS4 and Xbox One definitely make the interior and exterior building shots look great. Of course the main focus is with the characters and that is a mixed bag. It becomes apparent that the effects were laid on top of the original game versus building the titles from scratch for the new consoles. Of course things look fantastic but that is because of all the work put into the original game. I remarked that in the scene where the Joker releases the first Titan thug that (to me) the PS3 version looked much better. The PS4 version just added some shading and smoothed out an image that did not need smoothing. Visually, a lot of Batman: Return to Arkham is falls in the “if it ain't broke, don't fix it” category.

This is what I meant by possibly releasing too soon. Batman Arkham Knight is leaps and bounds ahead of Asylum and City in terms of visuals. That makes sense because that game was made for the new consoles from the ground up. Rocksteady even made a point that it would not be making the game for the old ones. These two games looked so great for their time that they could pass for low-end PS4 or Xbox One games untouched. Unfortunately, when you throw effects on top is akin to a pizza with too many toppings. It is still great, but it looks a bit sloppy in places. Overall it does not go down as well as the basic pie. 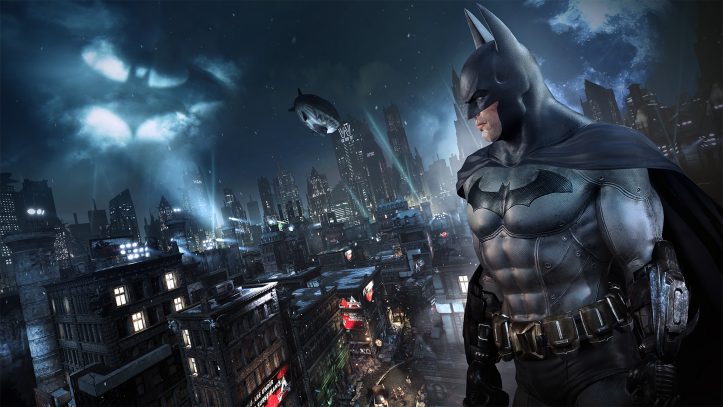 Now we come to the big conclusion and determine whether Batman: Return to Arkham is the hero the new consoles deserved. It is impossible to blemish the story or gameplay of Arkham Asylum and Arkham City in their original states. Virtuos made sure not to touch these things. I should have mentioned this earlier and that is also proof of what I said about the visuals. The individual games were developed by Rocksteady. This collection was remastered by Virtuos. Gamers should know that this is the same company working on Final Fantasy XII: The Zodiac Age. They slapped some new paint and textures on the game and managed to make it look OK on new consoles. Here is the big reason why that gets a pass. This is a collection in every sense of the word. Every piece of DLC to come out for both games is in this package. You don't have to go buy a can of that disgusting drink NOS just to get your Batman Beyond skin and you can enjoy the Harley Quinn add-on story along with all the challenge packs in Arkham City.

The sticking point is the price. You are being charged a ten dollar convenience fee to be able to play these games on the new consoles. Batman: Arkham Asylum and City both have Game of the Year editions you can still purchase for PS3 or Xbox 360. Together they would cost you Forty dollars versus the fifty for this disc. However, a lot of people no longer have those consoles and Warner Bros. knows this. The final verdict is that all gamers need to experience these titles. If you played them before but do not have your old consoles, you'll want this. I would wait for a sale. If you were under a rock or maybe too young at the time, jump on this deal and get the game today. You get two full titles and despite this being an action game you will have at least 40-60 hours of total play. The cape and cowl are calling you.