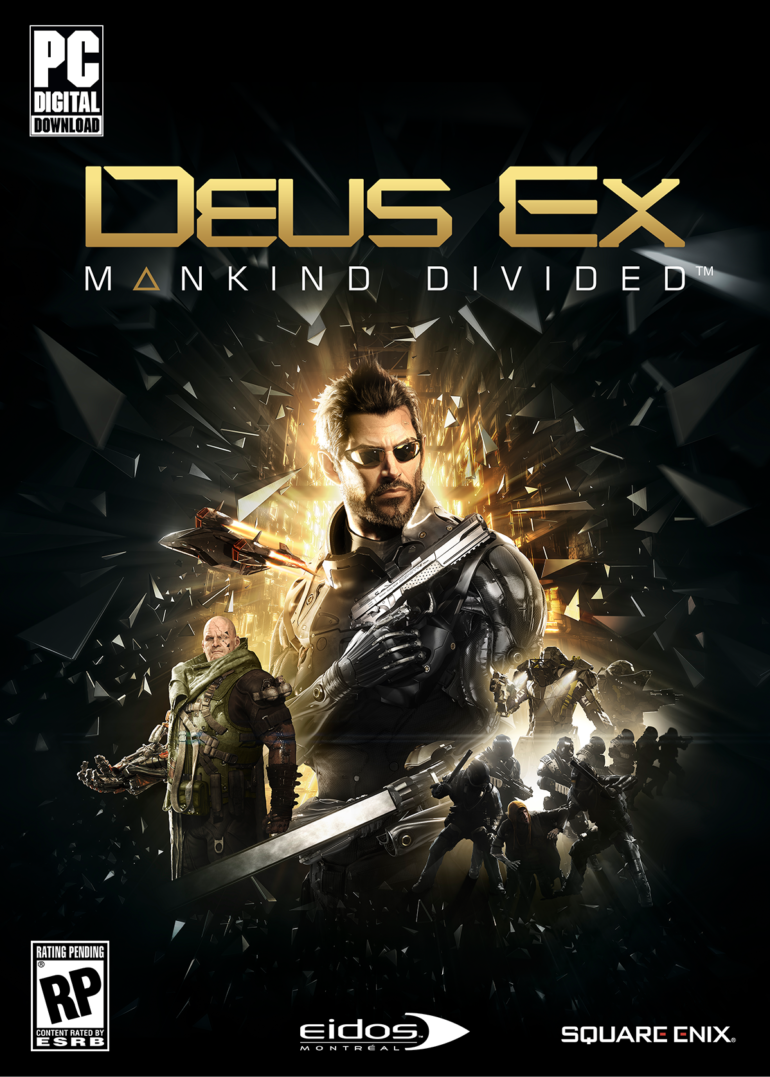 This Square Enix has been on a wildly successful bid to take over the world in 2016. With the firs half of the year over and the holidays fast approaching, they are starting to roll out the big guns. The first of their heavy hitters is Adam Jensen in the follow up to his ‘Human Revolution.' Deus Ex mankind Divided initially left gamers divided on how they felt about it with a poorly thought out pre-order campaign. Fortunately, that was last year. Eidos Montreal spent pretty much the entire first half of 2016 rebuilding the game's image which even included real evolution of the human condition. Having buried its own worst enemy and making a name for itself, let's see if this new title can beat the infamous “summer dry spell.”

MANKIND: CONCENTRATED Cybernetic implants, bionic replacement limbs and human augmentations became the norm in Adam Jensen's world. Even though he never asked for them (see beginning of Human Revolution), they were necessary in maintaining his quality of life. They helped many who were either born without certain limbs or senses as well as those that had lost them for whatever reason. Augmentations became so popular that “Augs,” as those with them would be called were not always people who needed them. it became fashionable to have them and allowed people in many walks of life to better do their jobs. As time passed, so did sentiment regarding augmentation. People started to wonder if the Augs were still human.

An answer came in the form of a worldwide attack. The drug that normally allows the augmented to live normal lives was tainted and sent almost all of them into a rampage that killed millions. People attacked those closest to them and stranger alike. Now the Augs are looked upon as monsters and governments worldwide herd them into “protective areas.” Read up on WWII history in the United States and Germany if you do not know what that means. Tension is at an all-time high and the world is on the verge of a war that will be anything but civil. As you control Adam Jensen, you will need to determine who is best equipped to aid you in stopping this madness.

The Deus Ex story is one of those that could easily be a Saturday night B-movie or a big screen, sci-fi classic depending upon how it were handled. The narrative itself is fantastic at how it draws from real world situations and brings them forward into this created future. These are problems that humanity could potentially face one day and that makes the story stronger. Combined with giving Jensen's decisions true weight in terms of how the story progresses only serves to further immerse the player. This is easily one of the best video game stories of the year. 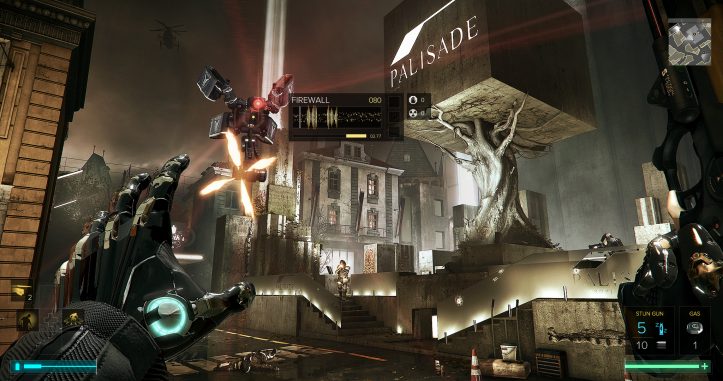 YOUR WAY OR THE HIGHWAY Fans of Human Revolution will be happy to know that Deus Ex: Mankind Divided tries to be as non-linear as possible. When faced with a specific mission, you always have the option to approach it your way. You might need to speak to an individual whose residence is occupied by armed and unfriendly individuals. You could knock on the front door, Schwarzenegger-style, leaving a mess in your wake. You could sneak in through a back way and silently kill them all, as well. Me, I have been playing HITMAN all year, so I try to avoid collateral damage. I sneak in and knock out my enemies but only kill if absolutely necessary. Your play style is what you want to do in this game. The fact that you are allowed to not only explore your own methods but get gear that helps with it is a huge selling point.

I am not going to dwell on Breach. I was not a fan of it. It is great that the game's AI adapts to you and tries to up the challenge, but selling me upgrade packs for real money never goes over well. Overall, breach could have been a free to play mobile game and no one would have known the difference. 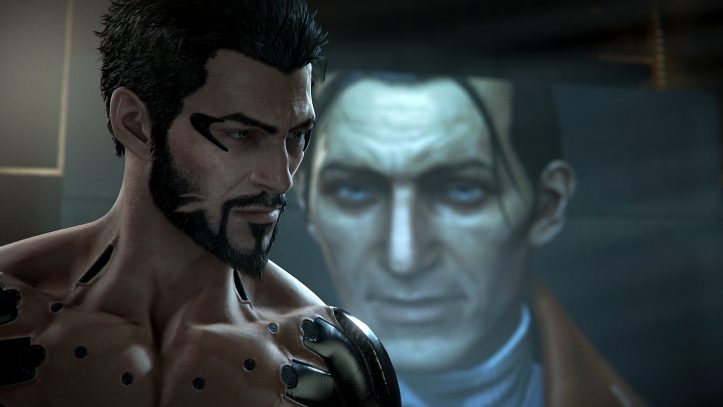 VISUAL REVOLUTION Much like the gameplay aspect of the game, the visuals (on the PC) are very much up to you. Do not take that to mean that the game does not look amazing. If you want to look at the console version as the standard or “low” settings, you are in for about thirty hours of eye candy. What I mean is that this is a PC experience that lets you take true advantage of your GPUs capability. How much of its power you put in is up to you. Whatever you choose, the game is going to look good. Human Revolution was a great looking game back in 2011; Mankind Divided ups the ante with a graphical experience worthy of 2016. Prague in 2029 is not the prettiest place in the world, with graffiti and heavy police presence. what makes the game look great is the level of detail Eidos Montreal put into the city. This accomplishes making the game world believable which is always important in this type of sci-fi narrative. The attention to detail in making this a believable city carries over to the gameplay as the existence of alleys, shortcuts and secret passages make this a true Deus Ex experience. 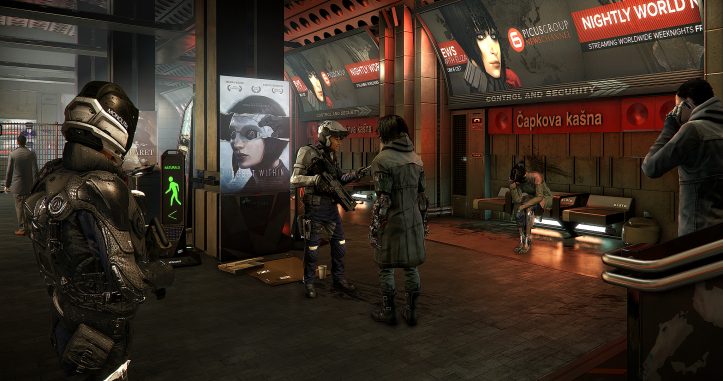 No game is perfect. There will always be something that could have been better or does not quite perform as it should. Deus Ex: Mankind Divided is no different. I do not want to spoil for anyone that has not played it yet, but there are some story elements that could have been handled better. There is also the fact that things like animation and framerate are a little bit jumpy depending upon which version you are playing. If you have a good gaming PC, that will be the way to go, but I am not damning console versions either.

The main adventure of Deus Ex: Mankind Divided is one that adventure lovers will enjoy. If you liked the last game and you enjoy stealth titles (see this guy playing HITMAN like mad), this is a game you will want to pick up. By itself, the main adventure has a satisfactory amount of content if you play to completion. It is yet to be seen whether the story DLC justifies the $30 price tag on the Season Pass. While I am not impressed by Deus Ex: Breach, I do not hold it against the game since you are not required to play it.  This title definitely caps off the summer season and will get you ready for the holiday rush.