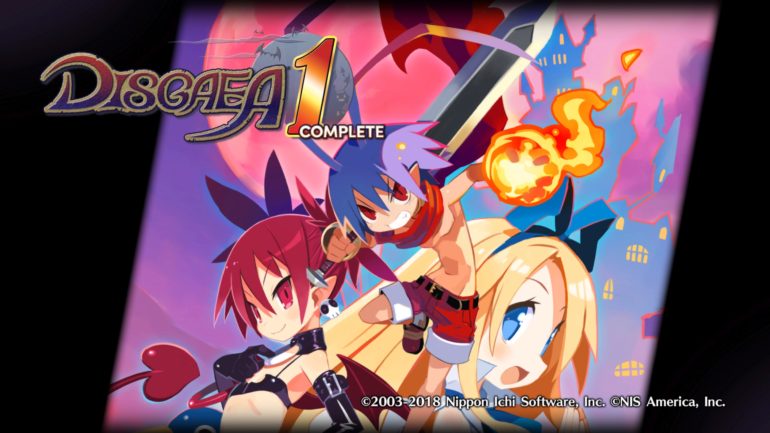 At some point in your life you have known (or been) that insufferable brat people called demon spawn. Today we take a little adventure to the Netherworld where it turns out everyone was right! Laharl and company first overpowered their way onto the RPG scene fifteen years ago. Now the little jerk is back as Disgaea 1 Complete hits the PS4 and Nintendo Switch. If you have never played a Disgaea game, find out if it is time to start. If you have already beaten the Netherworld into submission, find out if this title is worth another go. 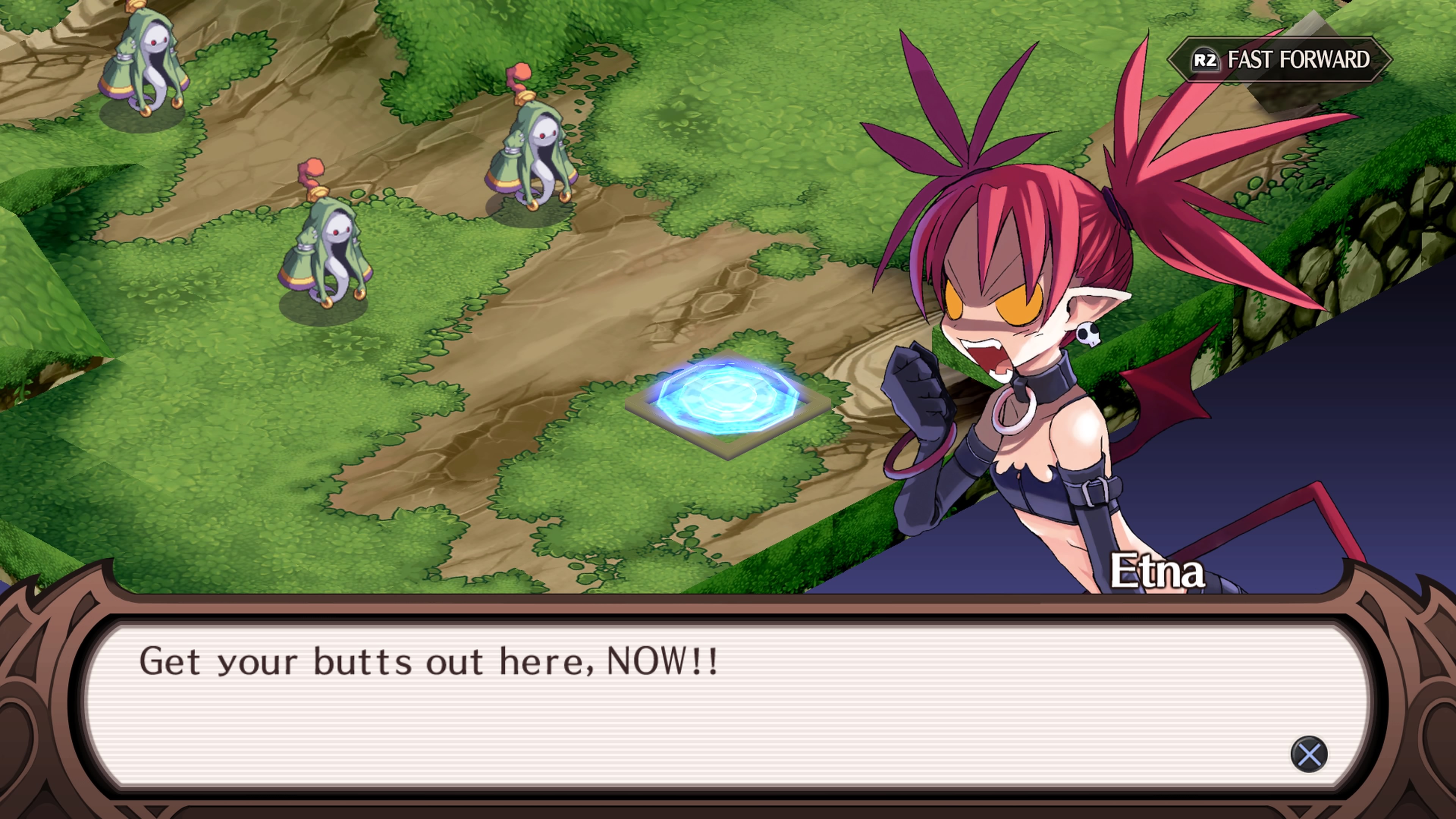 Yes, You Can Sleep Too Much

As a prince, you might expect an individual to be privileged and perhaps a bit lazy. Laharl takes that to the extreme as the story begins, waking from a two-year long “nap.” Unfortunately, Laharl's father, King Krichevskoy, died while he slept. The Overlord succumbed to a freak pretzel accident, leaving a bit of a power vacuum. You see, no one respects Laharl; even those that loyally follow him do so out of respect for his father. His vassal, Etna, adored the king. In his absence, she stands by Laharl, providing advice, sarcastically. Everyone from former vassal, rival or whatever is trying to become the new Overlord and Laharl is not having it. He is the one true heir to the throne and he is not taking this treachery lying down (anymore). 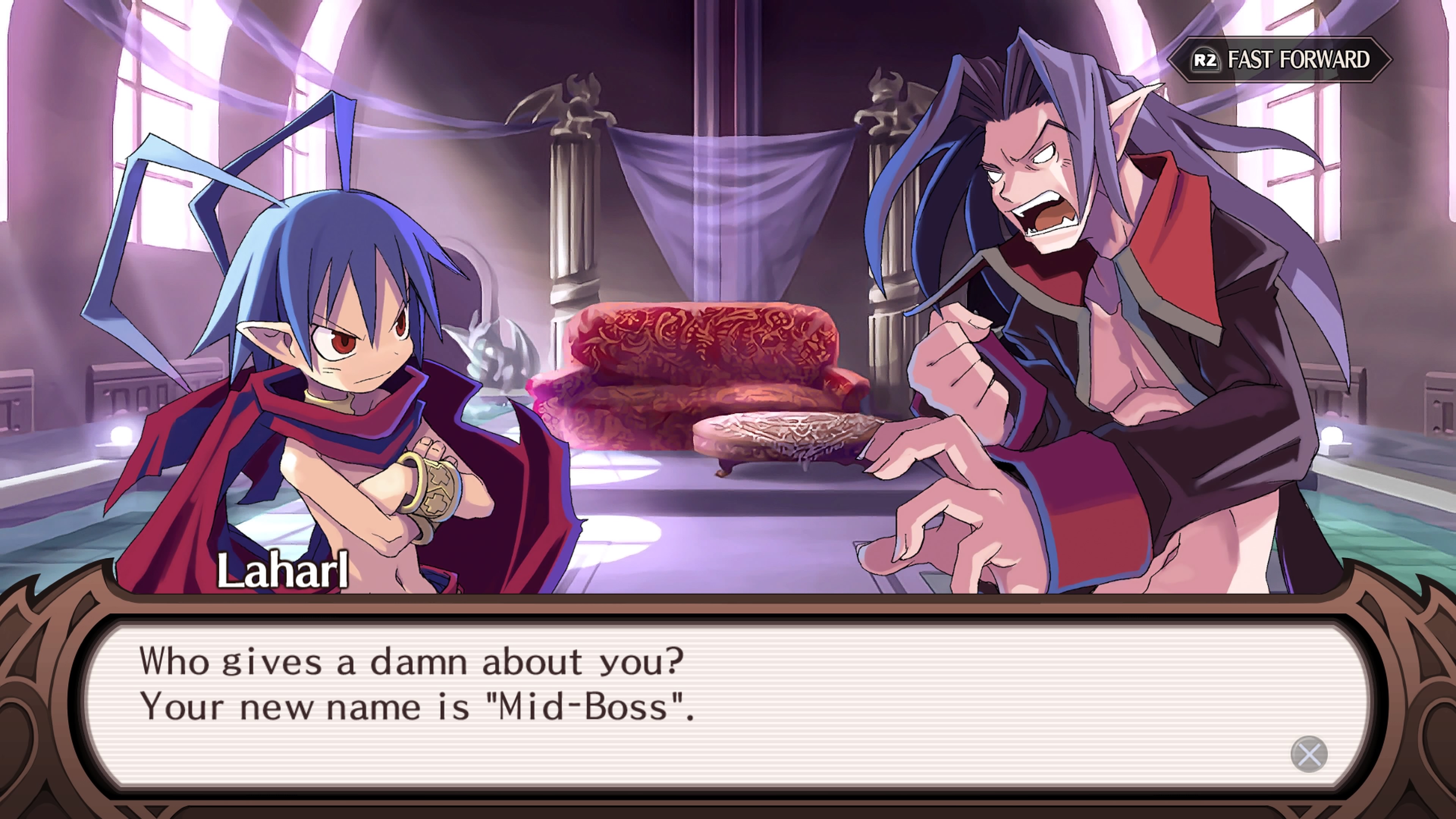 Disgaea Will Own Your Soul

As silly as it looks (and is), Disgaea is not a starter RPG. While it is friendly enough for anyone to pick up and play, this game makes you want to master it. Doing so is likely to take you months and has quite a learning curve. If you like Final Fantasy Tactics or similar strategy RPGs, this is probably a game to own. However, if FFT is algebra, Disgaea is advanced calculus. There are so many intricacies to the gameplay. While they are totally optional, they just make the game that much more fun. I will break it down as much as possible.

Your main cast consists of demon prince Laharl, his vassal Etna and angel trainee Flonne. There are more named characters but I am minimizing spoilers where I can. Most of the game involves generic characters you can create, customize and/or fight. Here are a few examples:

Monsters are unlocked simply by defeating them in battle. There are of course, more humanoid and monster classes; quite a lot more. This is where the “math” starts to come in. Take the EDF Soldier class, one of the strongest gunners, for example. Unlocking them requires raising a character's gun mastery to level 30. Doing that requires you to do a lot of tinkering with the stats and equipment of a character. By the way, the level cap is 9999 and you can cause billions of HP in damage in a single round. That still barely scratches the surface of combat. 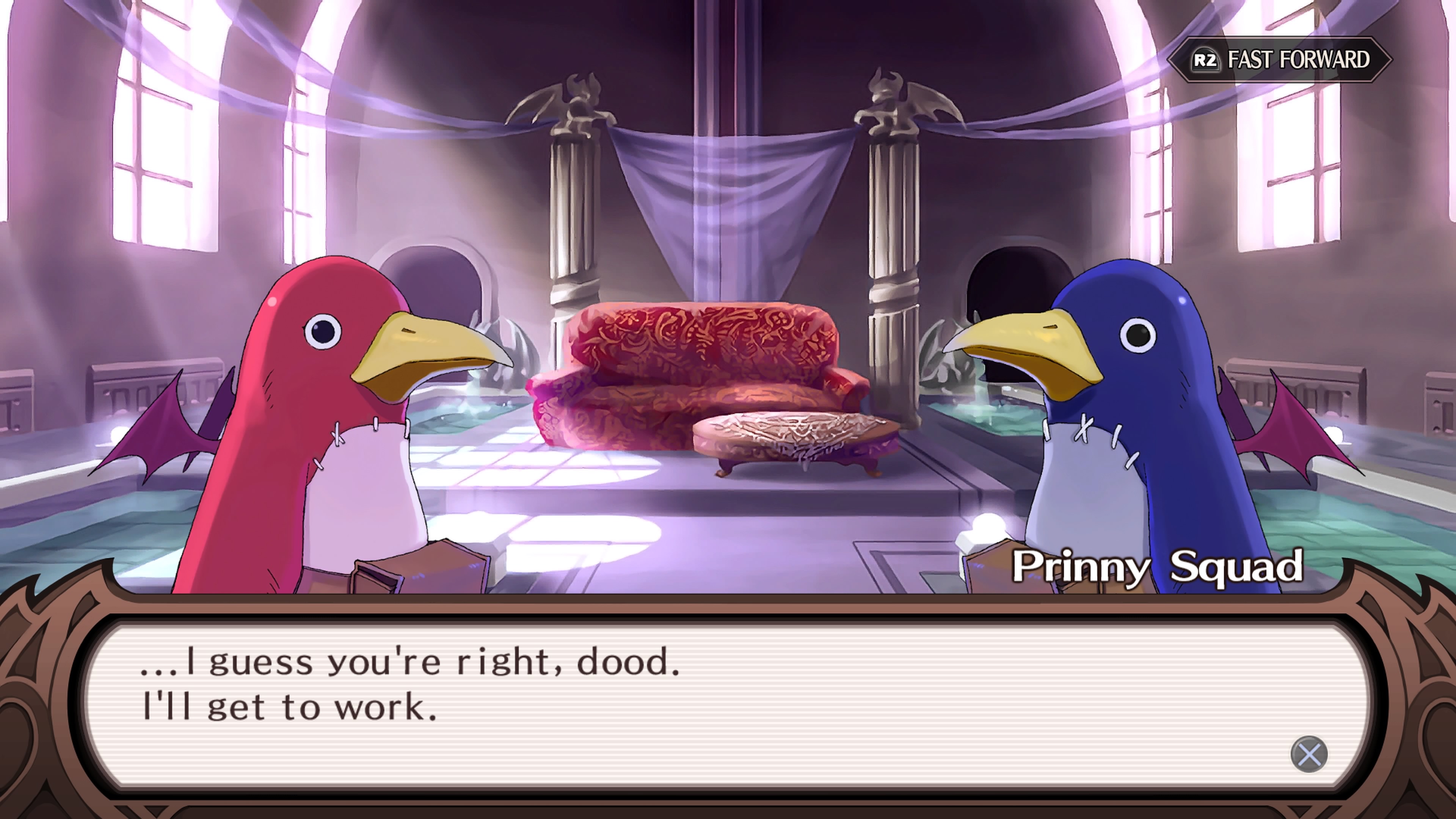 If you are wondering how to get a character to those lofty heights, part of the answer is Item World. Disgaea has tons of weapons, gear and consumables. Everything, even said consumables, have levels. Item World has you travel inside the weapon (or whatever) of choice. The fights within allow you to level grind but also enhance and customize the item you enter later on.

From the first picture, you can see a few things. You will have multiples of the same item but they are different. Every item has a level, class, attributes and “Innocents,” which are stat modifiers. Characters around the castle help teach you the system, but nothing short of your hard work will advance your understanding.

A bit of real-world politics makes its way into the game. The Dark Assembly is a panel of Senators (monsters) that decide what items you can buy and how your characters improve. Promotion exams (fighting the senate members) unlock different proposals you can make to them. Access to more expensive (better) shop items, along with improving selection, require Senate approval. When they deny you (notice I said “when”), the option to persuade them by force appears. Early on you stand no chance in a fight with Senate members, but that will change. You can also bribe them. Your influence in the Senate is part RNG and partially based upon your performance in battle.

One of the most important features in the game, transmigration lets you literally reinvent your created characters. If you just unlocked the upgraded version of your character, you can start them from scratch with the new job. Wanna change an archer into a ninja or a mage into a monster, then do it! The only limitations are your available classes, mana and rank of the character. Maintain learned spells and stats (to a degree) and rebuild your character from the ground up. The only constant in Disgaea is change so change right along with it! 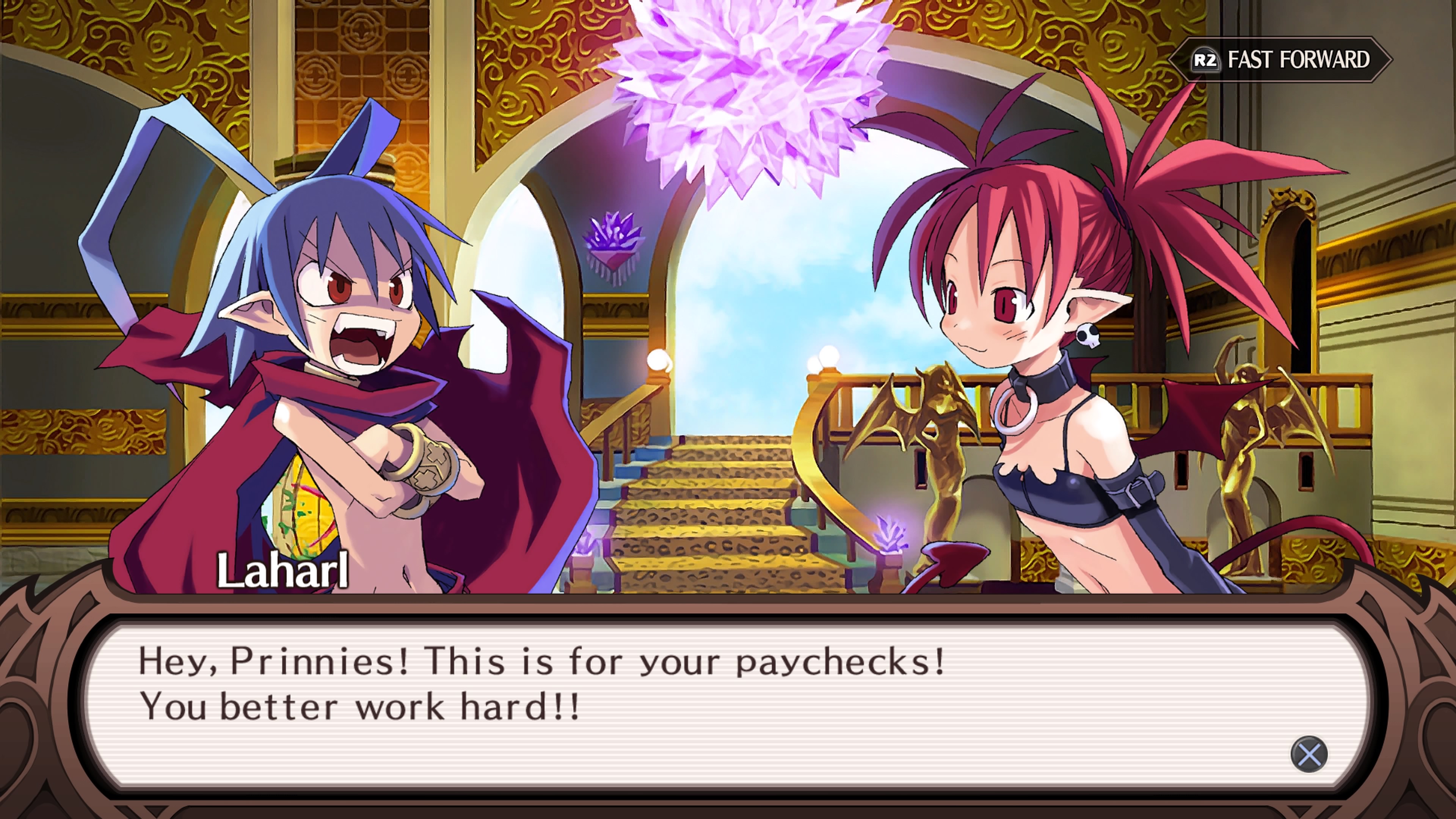 Believe it or not, all this still barely scratches the surface of what to expect in Disgaea 1 Complete. Discover the rest for yourself! 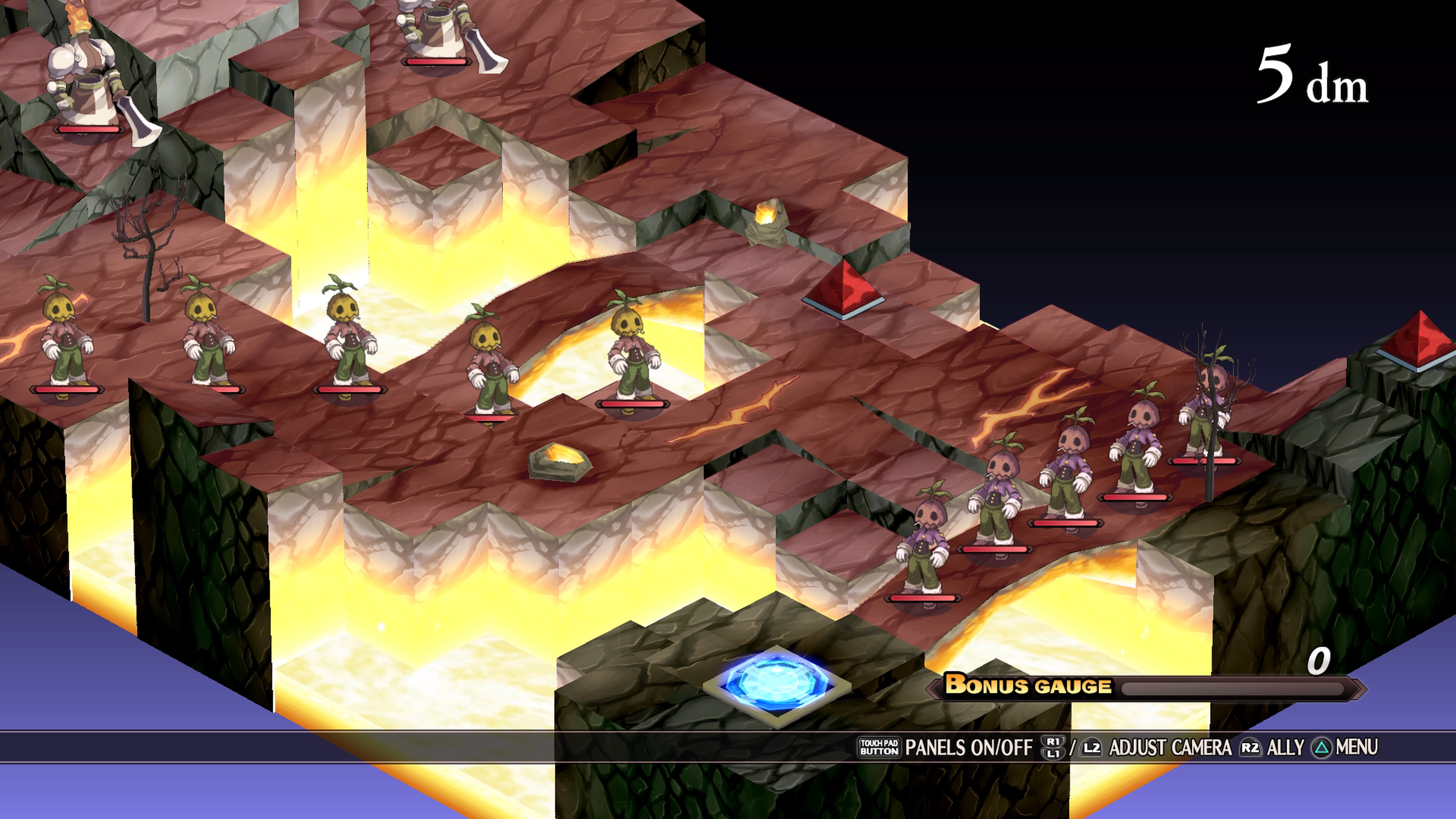 As Good As It Gets!

Back when Disgaea 1 Complete was announced, a side by side graphical comparison was made. This version is using the current engine from Disgaea 5. Don't get me wrong, I love the anime-style graphics and overall character design. My issue is with the number of times this game has already been released. No one is expecting NIS to apply a brand new graphics engine to an old new game. Nobody does that, after all. The one thing I feel really would have made the game pop would have been animated cutscenes.

Focusing on what the game does have includes a solid framerate, good controls and no bugs. Trademark themes composed by Tenpei Sato have never sounded better; the special edition includes a full soundtrack. There are no special PS4 PRO enhancements, as the PS4 and Switch versions are identical. Regardless, this is the best looking version of the original installment, even making the PC version look dated.

Is Disgaea's ‘Hour of Darkness' Here?

The Disgaea series has always followed two of Conan's three principles of what is best in life. The only reason you never hear the lamentation of your enemies' women is that you crush them too! That said, the gameplay satisfies an urge most every gamer has to utterly obliterate your foes. If you ever wondered what Dragon Ball Z would look like as an RPG, here it is: 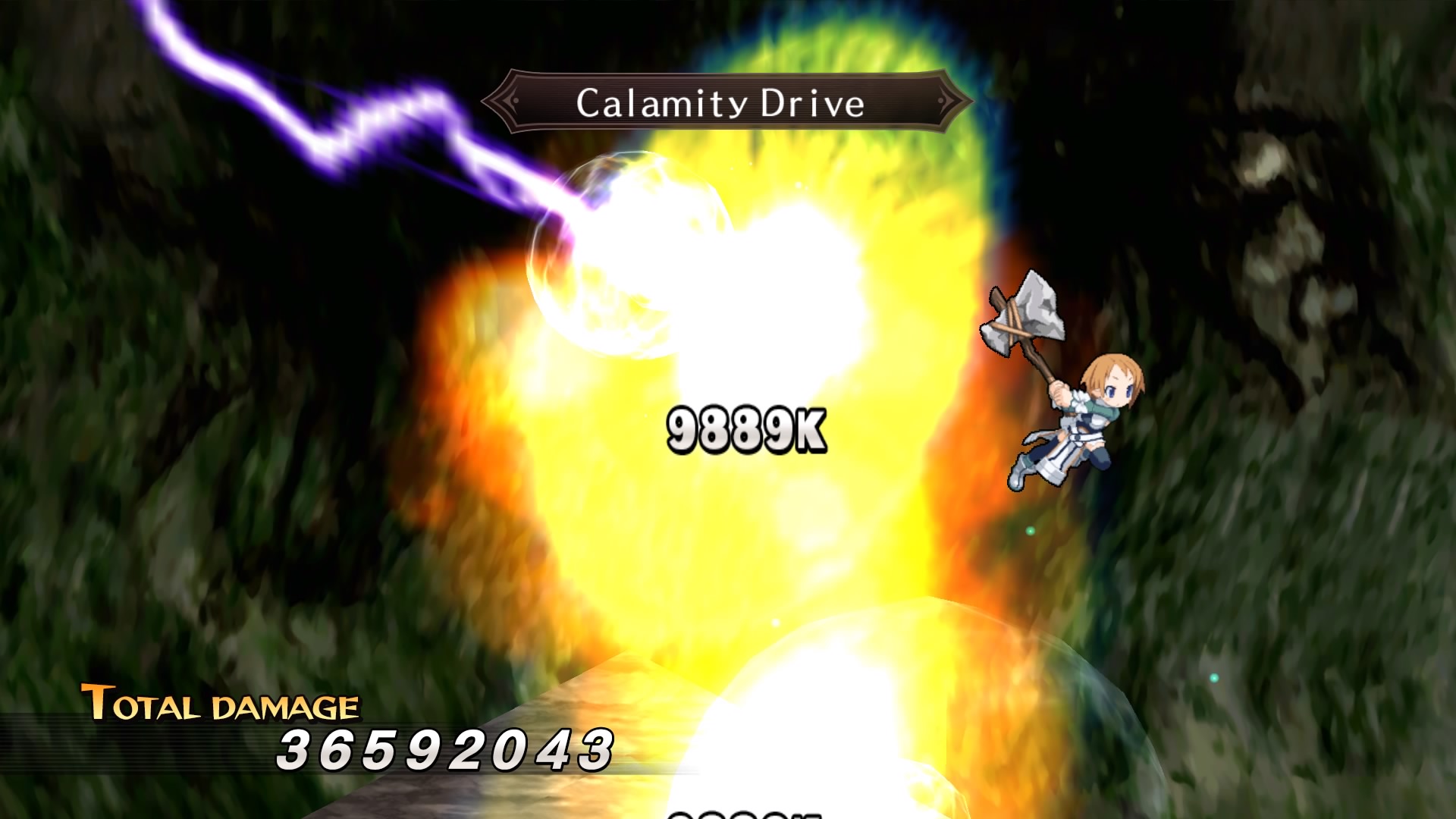 Thirty-six million in HP damage is beyond overkill and yet you can do much worse in Disgaea. I would have liked a bit more animation but this is one game RPG lovers need to own. The only sticking point for me is the fifty dollar price tag. Disgaea: Hour of Darkness is fifteen years old and has been re-released several times. Aside from a graphics overhaul, nothing is truly new here. Honestly, I think they should have charged sixty and given us Disgaea D2 together in one package. Regardless, when you have a game that offers hundreds, possibly thousands of hours of gameplay, you are getting your money's worth. Nothing but enjoyment lies ahead if you add this title to your collection.