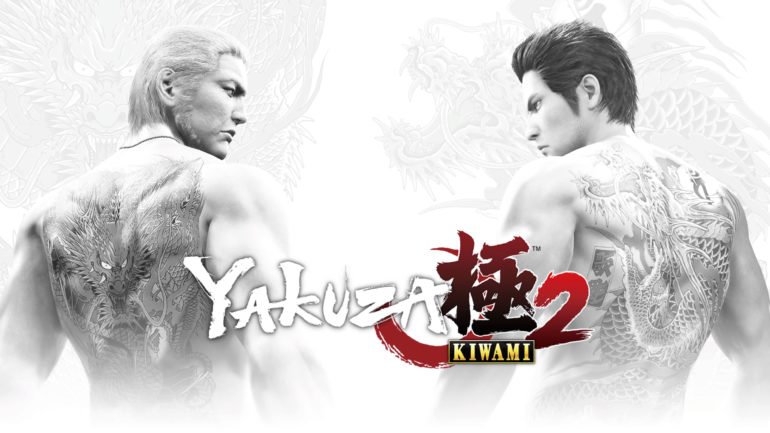 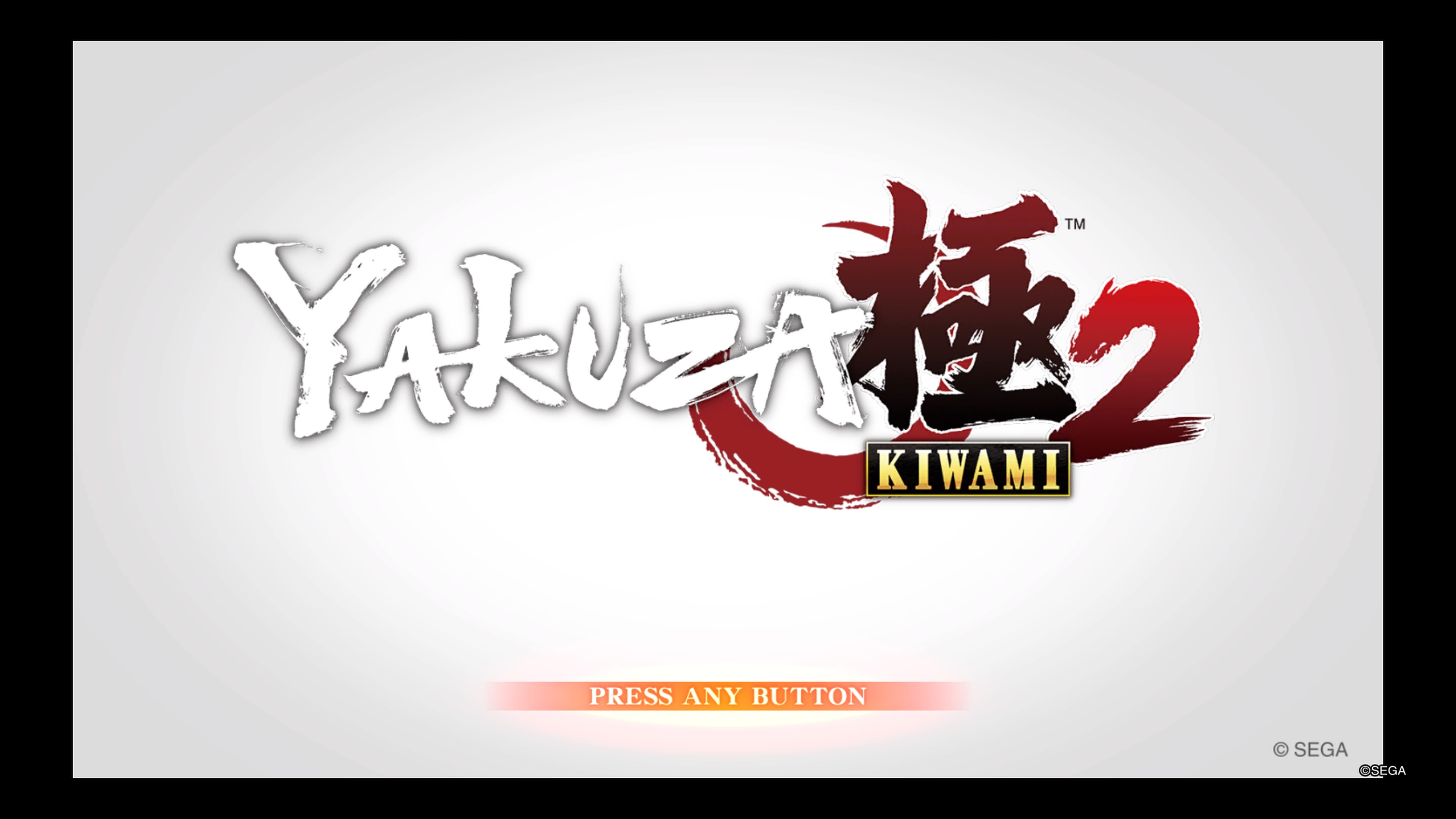 Last year I lost my mind when I learned that SEGA and Ryū ga Gotoku Studio were releasing Yakuza Kiwami 2. The North American release of Yakuza 0 and Yakuza Kiwami made hardcore fans of the series very happy. The idea of having the complete tale of Kiryu Kazuma on PlayStation 4 is very exciting. The “kiwami” treatment of the original 2005 game was a resounding success. Now we take a look at “Dragon vs. Dragon,” remade with the Dragon Engine. Fingers crossed that the last of the PS2 Yakuza titles translate as well as the first. 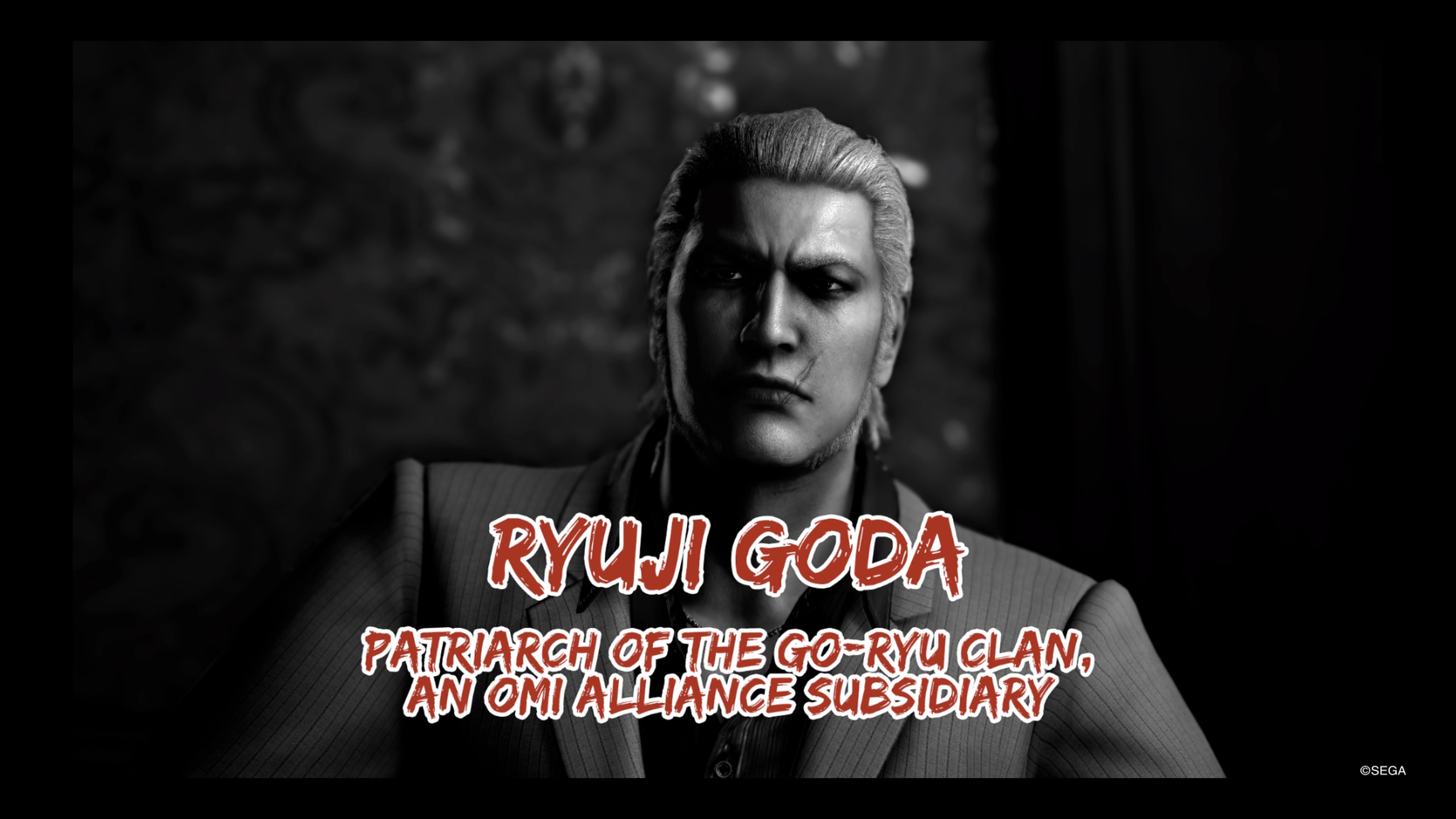 I am not sure why you are here if you never played the original Yakuza or Yakuza Kiwami. However, if that is the case, this game has you covered with a full video recap of the first game. Kiryu Kazuma is no longer Yakuza. He devotes his life to raising Haruka Sawamura, daughter of his lost love, Yumi. In a normal world, this would be the end of the story. Fortunately for us, nothing in Kiryu's life is normal. Visiting the graves of his loved ones leads to another fateful encounter. The fifth chairman of the Tojo Clan, Yukio Terada appears at the cemetery to ask a favor of Kiryu. Things don't go so well as the Tojo Clan needs a sixth chairman at the end of the scene.

Kiryu accepts Terada's last request to barter peace between the Tojo Clan and Omi Alliance. Accompanied by Daigo Dojima, they head to Sotenbori (Majima's Yakuza 0 stomping ground). The Dragon of Dojima almost immediately runs into the Ryuji Goda, the Dragon of Kansai. Goda pretends to not know who Kiryu is but explains that the Dragon of Dojima will die in a day along with the Tojo Clan. This is literally where the ‘fireworks' begin. 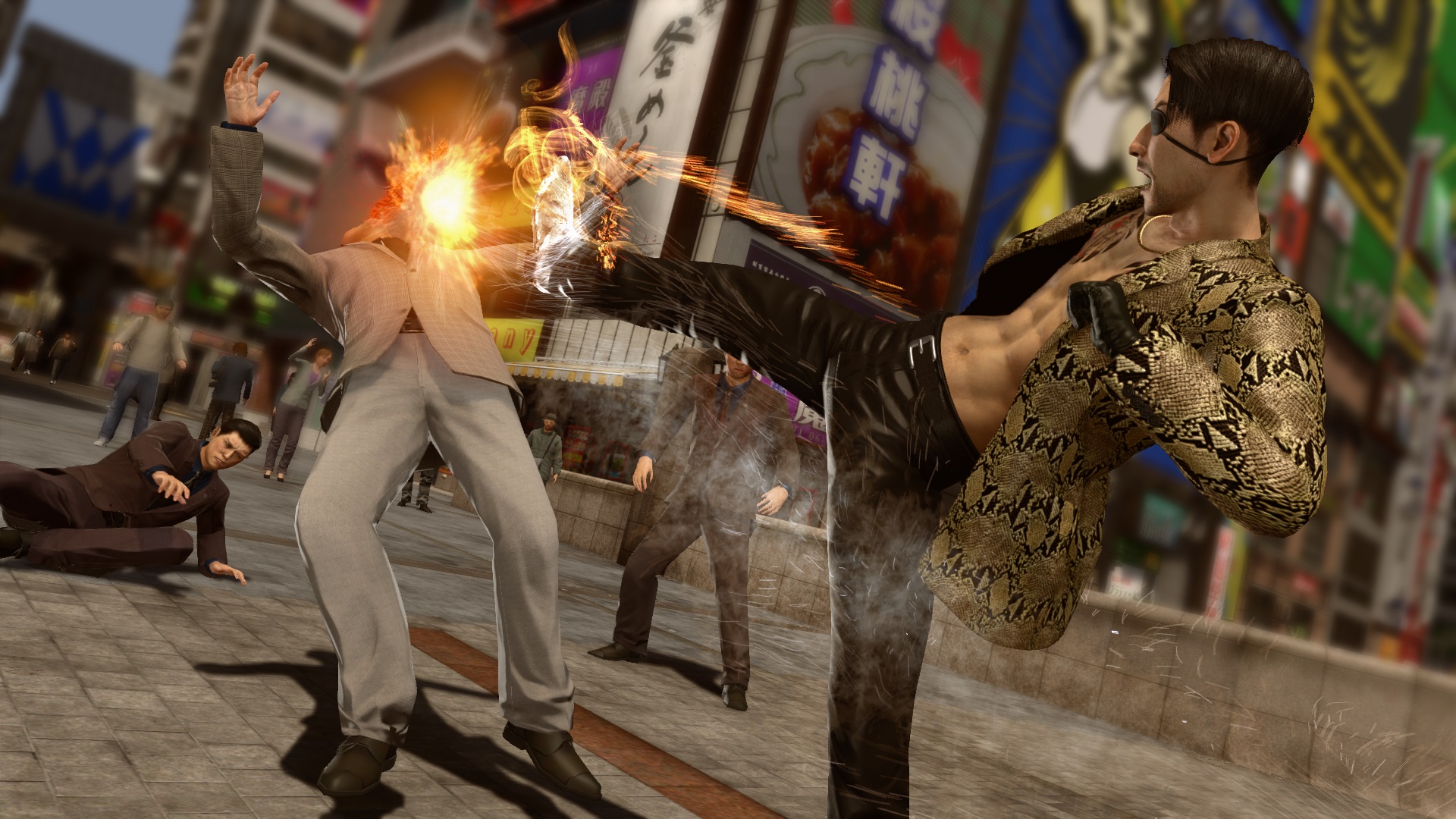 The addition of a Majima storyline adds to the already lengthy story of the original game. This is used to tie the events of Yakuza 0 and Kiwami into the story. There were some complaints about Majima having less presence in Kiwami so this storyline will be welcome to his fanbase (aka everyone). Many never got to play Yakuza 2 in North America due to limited release so more story just makes for a greater experience. 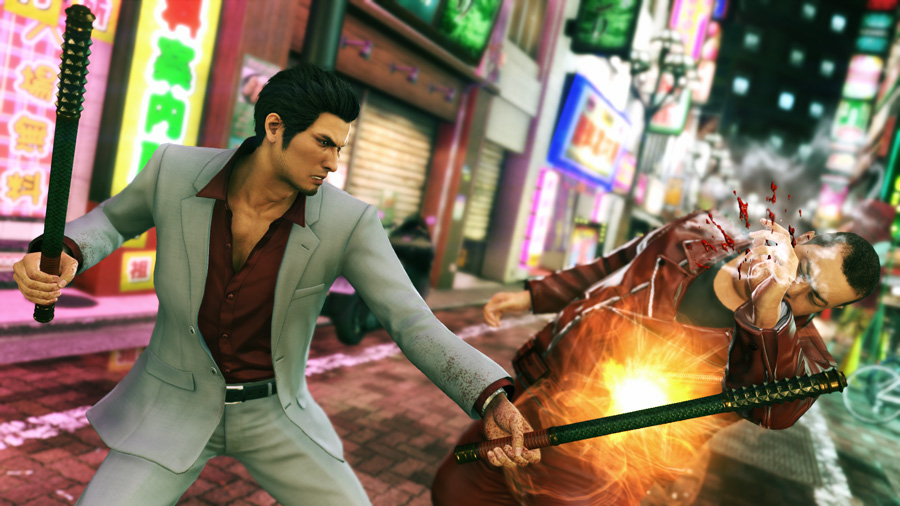 Gameplay in a Yakuza title is as the story is extensive. Fans of Yakuza 0 playing this for the first time will be happy to return to Sotenbori. They will have to remember that this game is set in 2006, so Mr. Shakedown no longer roams the streets. Regardless, you will never find a lack of fighting, be it random or story-related. Yakuza Kiwami 2 was built using the DRAGON Engine of Yakuza 6, so the control is almost identical. This is a double-edged sword as much of the heat actions are recycled from that title. I personally was hoping for all new moves. That is not to say there are none, however. Environment-specific heat actions, ally assists and storing weapons mid-fight are awesome additions. The ability to go in and out of battle and buildings without load times will also never be frowned upon.

Games within a Yakuza game are a staple, and Yakuza Kiwami 2 does not disappoint. Arcade classics like Virtua Fighter 2 and Virtual On are there for your full enjoyment. You can, of course, enjoy the UFO Crane Game as well; some substories even require playing these. SEGA never fails to bring something new and over the top to the table either. The Toylets minigame is as hysterical as it is disturbing. Should you care for more classical distractions, underground casinos, mahjong and the like are still available as well. Even upon completion, you will never be able to say “there is nothing to do” in Yakuza Kiwami 2. 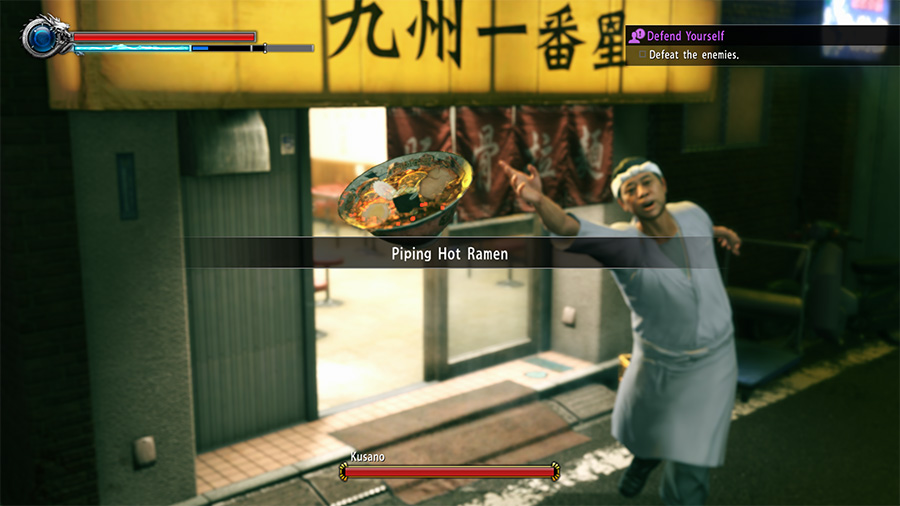 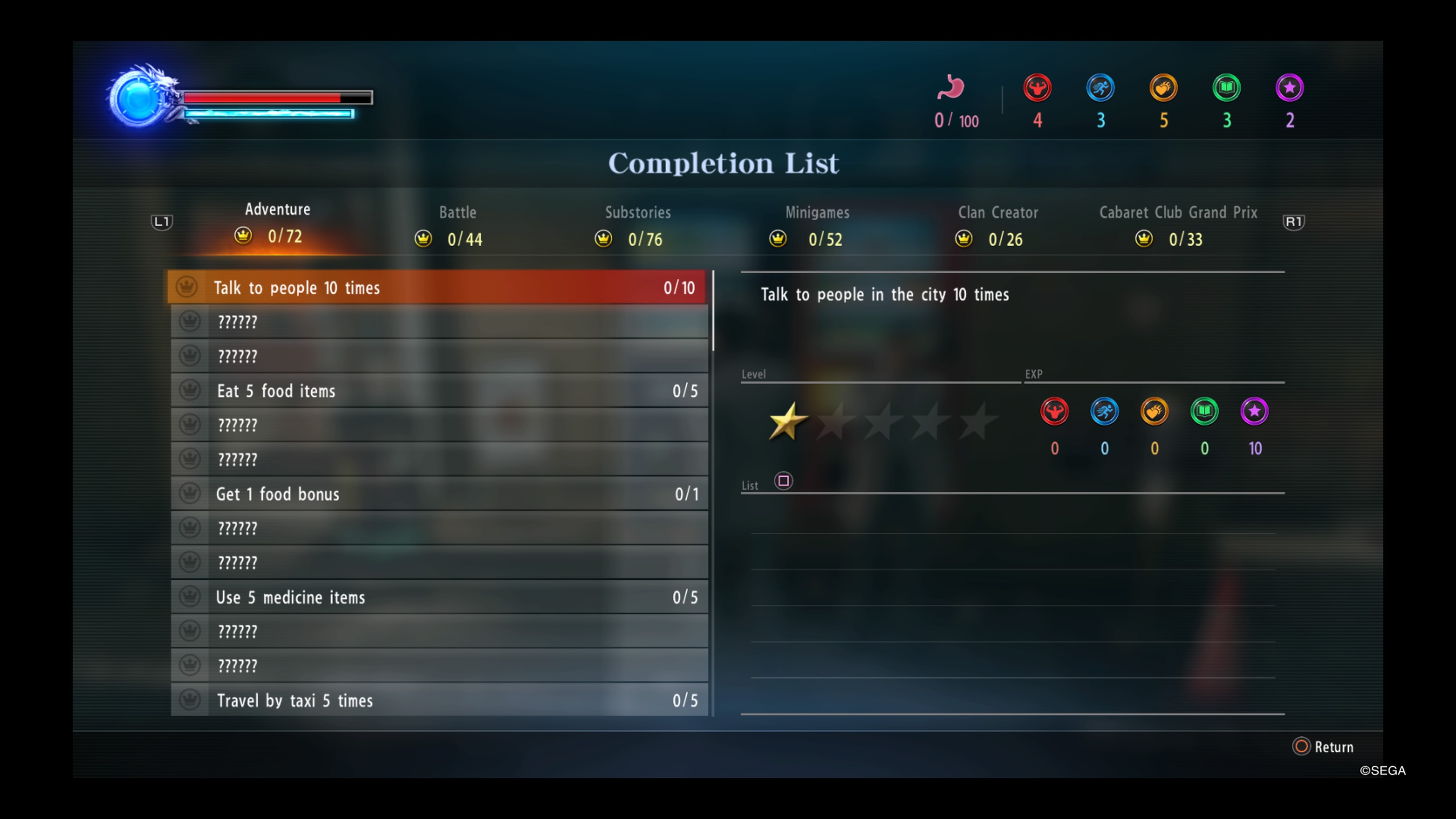 Yakuza Kiwami 2 retains the level up system of Yakuza 6. Everything can earn you experience. Combat, mission and substory completion, even eating can add to your five XP categories. They are not named any longer, but I believe the categories are: Strength, speed, stamina, skill and luck. You can use these to boost Kiryu's base stats like attack, defense and HP. You may also use them to gain new skills such as heat actions or the new substory finder (THANK YOU!). I was not the biggest fan of this system, having come off the Yakuza 0 skill wheel. However, it works well and is a lot more organized than the wheels. A clean and streamlined approach makes keeping track of your vast array of abilities easier.

It feels weird to complain about the best graphics and animation the Yakuza series has seen to date. The game does look and sound better than ever, but some of the improvements from Yakuza 6 are absent. Most notably, the parkour found in The Song of Life has been removed. Kiryu stumbles into small barriers he could easily step or jump over and it just feels… wrong. Forty-eight-year-old Kiryu (Yakuza 6) seems unstoppable but ten years earlier, not so much. A patch correcting this would be appreciated because no “story explanation” is going to satisfactorily explain it.

Setting aside comparisons to the performance of Yakuza 6, there is much to praise. At this time last year Yakuza Kiwami came to North America. It was the best-looking Yakuza game we had at the time. Glimpsing at video of the gameplay, you see the stark difference in graphical fidelity and performance (load times). The DRAGON Engine is far from perfect in today's gaming industry, but it is definitely impressive. The amount of detail on everything from skin to clothing to walls, floors, etc. is borderline excessive. I tire of seeing Kiryu's pores, but that is not a real complaint. Said detail makes Kamurocho and Sotenbori look almost exactly like their real-world counterparts in 2006. That alone is worth the price of admission. I personally never got to play Yakuza 2. It flew off of shelves during the PS2 era. While I was able to find it last year, we all know the struggle of the “gamer backlog.” That said, people like myself will greatly appreciate Yakuza Kiwami 2. Every Yakuza story has themes of revenge, betrayal, redemption and the like. Each installment retains a level of distinction to make it worth owning. Think of it as “Final Fantasy, whoop-ass edition.” Each story has the same basic formula but there is enough diversity to stand out. The fact that Yakuza titles have continuity further emphasizes that. Continuing the updated story begun by Yakuza 0 and the first Kiwami ties the saga together in this console generation. If you are a fan of Kiryu (or Majima), you need to experience this story.

Was it Too Soon?

SEGA reported that Yakuza Kiwami 2 debuted in Japan with good numbers but the lowest sales of a Yakuza title. They attributed this to it being a remake and not a “new” game. That may be true, but the issues I mentioned may have caused it also. Over here, The game launches one year after the first Kiwami, but in Japan, nearly two years had passed. During that time, the DRAGON Engine was developed and Yakuza 6 was the first game to use it. There was only one year between the release of Yakuza 6 and Kiwami 2. Perhaps the developers may have benefited from more time. This is neither a glitchy nor incomplete game, but it does not feel like the engine has progressed. I hope they really take their time with Shin Yakuza and take the series to new heights.

Should I Buy It?

Excluding opinions on the side story games, there are no bad titles in the main Yakuza storyline. Yakuza Kiwami 2 improves in every way upon a loved and sought after PlayStation 2 classic. Up until last year when SEGA re-released the PS2 disc, eBay listings started at seventy dollars (US) for the game. Currently, on Amazon, it is about thirty-three. In 2018, a brand new PlayStation 2 game, direct from the publisher, is $33. Spend the extra seventeen. You will get all the original content updated with modern graphics. You get more of fan favorite Majima and way more beating in faces for your dollar. Pick this game up when it comes out.