In movies, television and books, we often come across the phrase “don’t underestimate that person.” Often the little guy is mistakenly seen as not being a threat or the one is disregarded because of the numbers they face. When it comes to underestimating someone, often the worst offender is the person in the mirror. We might be that little guy that thinks we do not stand a chance against superior numbers. Suddenly you find yourself faced with a situation where ready or not, you will find out exactly what you are capable of. This is where the new game Feist begins. 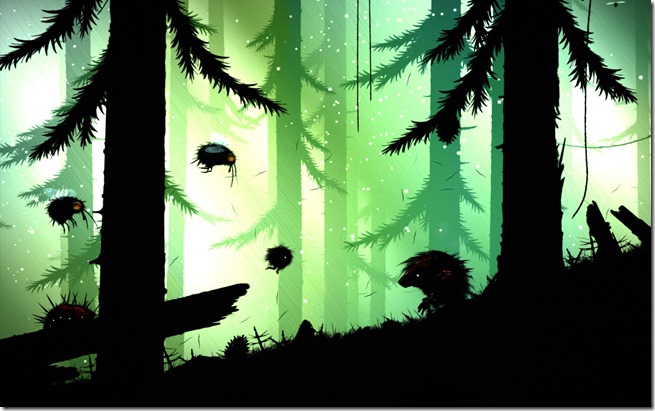 The real story here is the law of the jungle (despite you being in a forest). Everything kills to survive and usually the bigger creature wins. That really sucks for you because you are the smallest critter in this forest. Thankfully, you have a good sized brain and can strategize. Developer Bits & Beasts never gave this guy a name so you can call him whatever you want. He would like to live a calm and quiet life but the bigger furry guys have kidnapped his mate. Not wanting to think about how they will devour her he sets off on a suicide mission to rescue her. Everything in Feist is larger than you, even the bugs. By the law of the jungle, everything is out to kill and eat you. Your pea-sized furball will have to use his brain to overcome numbers, brawn and traps. It’s time for you to give him a special set of skills. 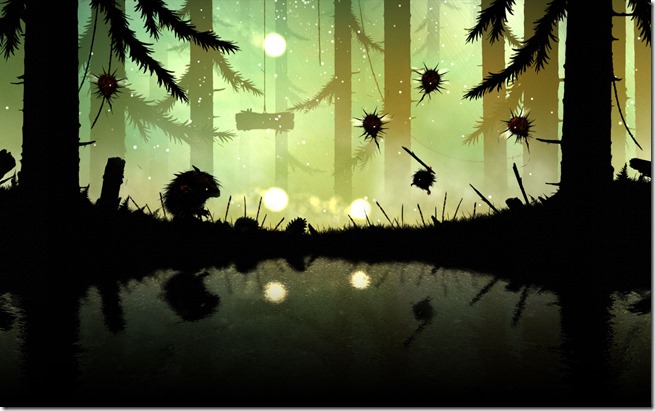 This game is pleasantly primal. Honestly, there is nothing pleasant about Feist from the protagonist point of view. What I mean is that everything you need to progress is right in front of you. The furry little savage has decent strength for his size but it is not enough to take down his enemies barehanded. Sticks, small logs, stones, burrs and pine cones litter the forest. These can be used to distract, bash and smash your foes. When that is not enough, you can pluck a disgusting fly from the sky and shoot its stingers at enemies. Be careful with them because if a fly in your grasp is knocked loose but not killed, it is your enemy again.The main problem are the Echidna-looking larger furbeasts that took your mate. The AI is pretty tough on all but the slowest of beasts. These guys are fast, agile and mean. They will toss you about like a football. If that weren’t enough, some of them can teleport. Feist expects you to adapt, improve and tear through the game as it times and rates your performance. 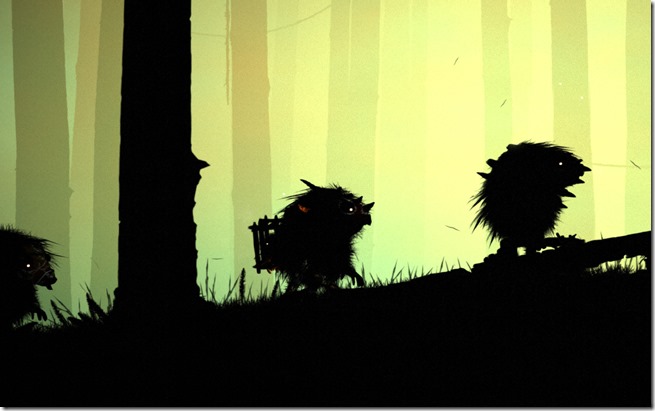 IN THE TREES (GRAPHICS/SOUND)

In terms of looks, Feist is like playing an episode of WIld Kingdom or something like it. The animation was mastered so that you see all of the fast, brutal and unforgiving action around you. The graphics are nothing stellar, but that is intentional and adds to the flair of the game. The entire game of Feist looks like it took place either at daybreak or at twilight; the rising/setting sun casting shadow over everything. It also makes you think of the game LIMBO, but that was black and white. The individual animations of the creatures give personality to each group of beasts. Your character moves similarly to the larger bipeds but their animations seem more savage than you. The flies have annoying, erratic flight paths like their real life counterparts. This makes them difficult to hit especially when it is not a one-on-one fight. Combine this all with the score composed by Tomek Kolczynski (available on Bandcamp) and you have an experience that looks to give INSIDE a run for its money. 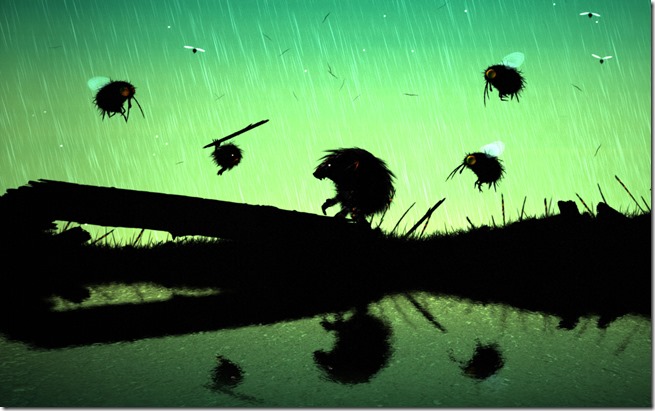 I always say that graphics do not make a game; but I equally love when simple graphical techniques produce something so lifelike. Feist feels like a survival game despite primarily being a side-scrolling platformer. It definitely has elements of Dark Souls and even Tomb Raider in it because you will be skewered, stabbed, beaten, smashed and eaten while trying to solve the puzzles. This is not a forgiving game and is more for hardcore players. If you are a casual gamer that is looking to transition to the more hardcore, I would say give it a go. For $10, it is a great “boot camp” of a game. You learn to not get frustrated with difficult segments and you feel the accomplishment of passing a difficult level. Feist is a great way to cap off 2016’s gaming year because it does not let you relax. 2017 looks pretty rough with the undead and giant mechanical monstrosities coming for us. Let Feist teach you the importance of “getting’ guud.”