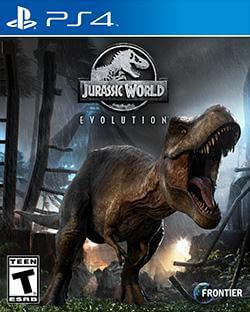 We find ourselves drawn to Jurassic park movies for a very simple reason. Regardless of age, there is a child inside of us that simply marvels at dinosaurs. Whether fear or intrigue fills us, we cannot look away. The good people at Frontier Developments have made it so that we no longer have to fear. You can now create dinosaurs to your hearts content in Jurassic World Evolution. Dr. Henry Wu would be extremely jealous (he actually is in the game). You run the parks the way you want; the dinosaurs are all under your control. Wait, you said WHAT just escaped?

You Are the New Dino-Tycoon

There is no real story to this game. Jurassic World Evolution both is and is not a movie tie-in. This is park building game, pure and simple. You are tasked with building and maintaining Jurassic World facilities on all five islands of the Muertes Archipelago. One of the rewards is that you are able to build on Isla Nublar (the original Jurassic Park site) in complete sandbox mode.

You are not alone in your task. Three advisers guide you in the fields of scientific, entertainment and security development. Jeff Goldblum lends his awesome voice as Ian Malcolm. BD Wong (Dr. Henry Wu) and Bryce Dallas Howard (Claire Danes) also reprise their movie roles in the game. We do see Chris Pratt's face, but Owen Grady is voiced by A.J. LoCascio. LoCascio has voiced the LEGO version of the Raptor wrangler on television before. Danes and Grady are both employed at Jurassic World meaning the game takes place before the end of the 2015 movie. Thankfully, once you get things rolling, the lack of a narrative will not matter to you.

If you ever wanted to play SimCity: Dinosaur Edition, today is your lucky day. Jurassic World Evolution is your new anti-drug. Five islands to build, populate and maintain with some of your favorite dinosaurs. Isla Nublar brings the count to six but it is a bonus. You have unlimited funds there and can do whatever you want with your unlocked content. Do not think for a moment that completing the game will be easy. There are many things to consider while trying to get a five star rating in all five parks. Aside from tourists, you have to satisfy your three department heads (Scientific, Entertainment & Security) and the dinosaurs also.

Tourists need fun, food, transportation and protection. You have to not only build places for them to build, shop and stay, but the dinosaurs must be visible to them. Putting gift shops dangerously close to enclosures increases crowd satisfaction. When they are inevitably threatened by rampaging dinosaurs or inclement weather, you need emergency shelters. Hotels must be built to encourage more tourists since they know they can stay for days. Despite multiple money-making methods, the tourists are your obvious lifeblood.

Progressing through the game brings access to new islands and possibilities. On each of the islands the above three division managers give you special tasks. Gain their respect to unlock bonus dinosaurs, building upgrades, etc. You also have to maintain said respect or jealous workers may sabotage your operations. You do not have to accept every request, but terminating an accepted task can damage your reputation. Remember that you have to build and maintain your reputation on each of the five islands.

You Don't Wanna be the GOAT Here

Dinosaurs equal money, plain and simple. Nothing draws in customers better than having a large variety of dinosaurs in your park. They will not stay however, if your main attraction breaks out and starts eating people. Keeping your dinosaurs happy is paramount to keeping them in place. You can check the status of every creature in your park individually. Keeping the stats in the blue means your dinosaur is happy in its environment. Replenish feeders when they run out or carnivores will eat their fellow residents. Or they will eat tourists after breaking out.

The same applies to the more docile herbivores. Keep them fed, watered and manage population and social stats. Otherwise they too will break out and either terrorize and/or trample the tourists.Repair any damage they cause and get them back in pens immediately. You then have to improve their conditions or the behavior will repeat itself. Ranger and ACU (Asset Containment Unit) facilities are vital to maintaining this balance.

Frontier Developments did an excellent job in recreating the look of the Jurassic series parks and creatures. The Innovation Center, monorail and facilities seen in the game are accurate representations of the same buildings in the movies. Of course, what you really care about are the dinosaurs. Skin texture, musculature and movement have all been captured perfectly for your enjoyment. On June 22, 2018, the game got a free update to add the dinosaurs featured in Jurassic World: Fallen Kingdom. With that addition, both creations of Dr. Henry Wu are part of the game's incubation roster.

I will not pretend that the game is all sunshine and rainbows. The animation can be a bit wonky. For example, dinosaurs attacking or eating do not actually touch their food/victims. If an Apatosaurus dies or is killed, its neck often blends into the ground. The tourist AI only respond to dinosaurs and dangerous weather. A ranger Jeep plows right through them and they pay no mind and it does not hurt them. It is also strange that aggressive dinosaurs attack jeeps and gyrospheres, but they cannot damage either. None of these things break the game, but they lower the immersion factor when experienced.

The original Jurassic park theme is one of those iconic movie compositions you never tire of hearing. It is more than welcome in Jurassic World Evolution. All of the game's music is calm and subtle, even during fights and disasters. This fits a strategy game perfectly since the player needs to keep their head when things get crazy. The voice work is excellent and I am not even referring to Mr. Goldblum and company. Whether it be a pack of raptors talking to one another or the signature T-Rex roar we all know, everything is movie accurate. Quite literally, there are no real complaints your ears will have about this game.

Verdict: Is This the Next Step in ‘Evolution?'

I do not know anyone that does not like dinosaurs, but that does not immediately make Jurassic World Evolution for everyone. RTS was the correct choice for this game, but many gamers may lose patience with the title. One thing that continues to bug me as I play is the lack of a pause option like The Sims has. Yes, you can pause the game, but I mean stopping time in the park so you can survey, assess and plan things. It would be great were that to be added. I also think that PC players will get the overall best experience as this game begs to be played with a mouse.

It is a given that players on a max spec PC are going to have the best visual experience. Regardless, it matters little what platform you play on because the dinosaurs always look incredible at max zoom level. Out of the three, the PS4 PRO is the low man on the totem pole in terms of hardware performance. The game still looks greaton a 4KTV or regular PS4 HD setups. Performance was never an issue as I played.

There are of course tweaks that can be made to improve the experience. The aforementioned pause ability would go a long way. Sometimes you have dinosaurs breaking out of enclosures repeatedly. You have to get them back in to find out why they are upset. If it wakes and immediately attacks the fence again, you have little to no time to diagnose. Pausing would greatly help this. The game also needs a photo mode outside of rangers capturing images to sell. Please make this happen as I know plenty would want to make their own dino wallpapers. If that inner child still loves dinosaurs, pick up Jurassic World Evolution. Spend the five dollars on the Deluxe Edition as you will not want to pay eleven later for five more dinos.