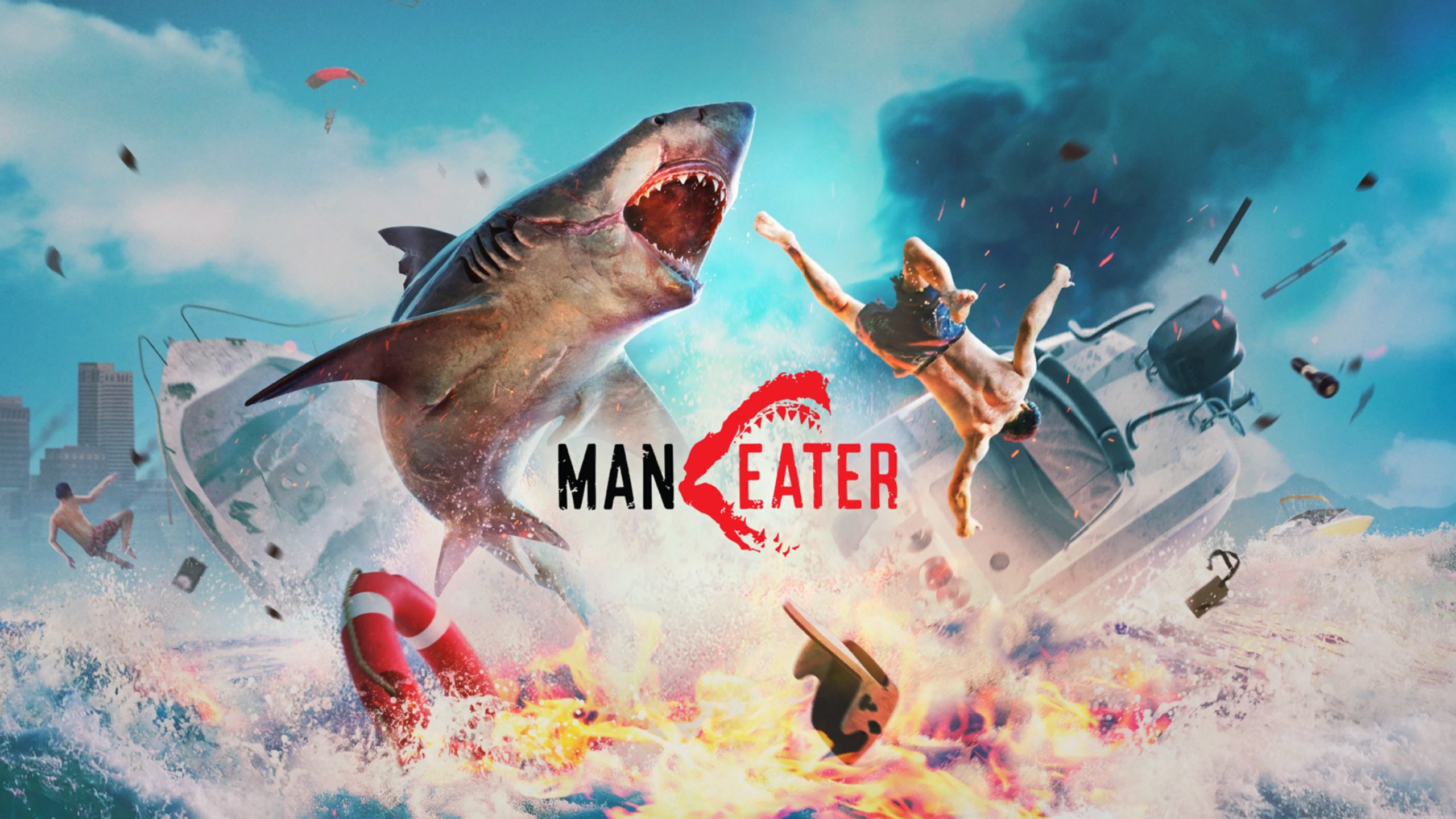 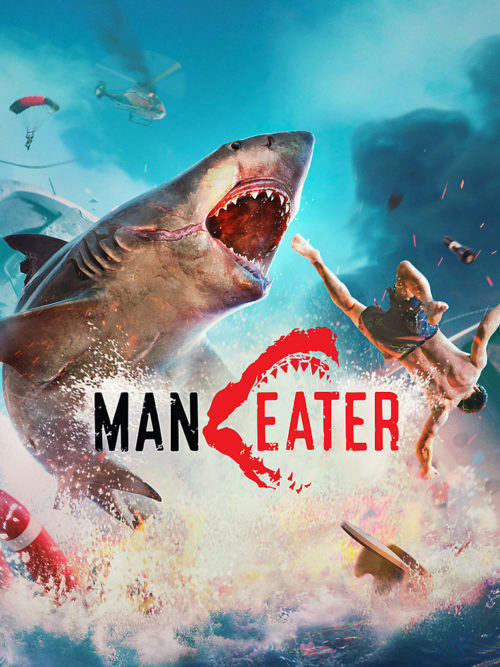 The classic movie Jaws instilled both a fear of and fascination with sharks in me. Sharks have unlimited teeth and a garbage can for a stomach. There is little in the water that they need to fear. When Tripwire Interactive and DeepSilver announced Maneater, I just threw money at the screen. I have not (personally) played a shark game since Jaws for the NES. I have high hopes for Maneater. Time to pick it apart and see what is in this monster's belly.

It's a Vicious Cycle

The story of Maneater is very simple; one man's revenge leads to one shark's revenge. Introducing one Scaly Pete, the featured shark hunter in this season of ‘Maneater.' The title of the game has less to do with your character as the television show that tells her tale. A brief tutorial puts you in the fins of the main character's mother – a pregnant Bull Shark. Momma's gotta eat for two, so you proceed to terrorize Crawfish Bay to familiarize yourself with the controls. Local authorities call for available shark hunters and Scaly Pete captures your mother. He then proceeds (on camera) to give an unscheduled Caesarean that brings you into the picture. He “marks” you and you thank him by making lunch of his right hand. The confusion allows the newborn pup to escape to Fawtick Bayou.

Why Not a Great White?

A question many will ask will have to do with the choice of using a Bull Shark instead of a Great White. Bottom line is that a Bull Shark can survive in fresh water. Much of the game takes place inland so this was a sensible choice. Don't worry, this is about as technical as the game gets. Everything else is about mangling things in any way possible.

A Single Drop of Blood

You will go on a feeding frenzy from start to finish in Maneater. About the only time you will not be chomping is when there is no food or you are running away. Starting as a pup you are roughly one meter (about 3 feet) long. You can eat anything you kill but you will have to devour pieces if it is physically larger than you. The combat controls are very easy to pick up; just be careful of RSI when fighting shark hunters. The left trigger is used to swim faster while the right is to bite. If you hold down the right trigger, her mouth stays open. Hold the trigger after a bite and you can thrash your victim using the right stick. During bounty fights, you will make good use of both triggers along with the left and right shoulder buttons. Left is a tail whip that smacks and damages anything it touches. Mutations add secondary effects like poison and stun. The right shoulder button is for evasion; you will press this continuously as humans never stop shooting at you. This all happens in an environment of 360° motion that feels perfectly natural unlike some space combat games. Tripwire did a great job handling the overall movement of the shark.

It's hard out there for a pup

She's living in a teenage wasteland

The hardships of adult life

The Apex Mako took a golf ball to the eye

A Different Kind of ‘Graphic'

Maneater is a full of vicious and brutal depictions of dismemberment. Sharks are known to disable larger opponents so they cannot fight back. Our protagonist here is no different. I thought the game was glitched early on during my first fight with an alligator. After a while it had stopped moving but I had not killed it as yet. The reason was that our lovely lady shark had ripped all of its limbs off and it could no longer swim properly. Sharks get all three fins and their tails ripped off and this is gloriously detailed. Here is a look at some of the brutality that Maneater offers. Even this clip does not do full justice.

They Better Get the Water Right!

Thankfully, Tripwire did just that. The surface water effects are beautiful. Underwater, you have multiple effects in place. Near the surface, the day/night cycle gives you visibility based upon the amount of sun hitting the water. Many of the playable areas are shallow (for a shark), so things do not get really dark until you reach The Gulf. The open ocean of the Gulf is where Maneater shines in terms of visuals. The vast area makes the best use of light and shadow in the entire game. In contrast, Fawtick Bayou is shallow and full of vegetation and debris. You witness a fair amount of asset pop-in and aliasing on plants when they get too close. The above video shows how loading and rendering can be an eyesore. This is running on a PS4 Pro, so I cannot say if the experience is better on PC or Xbox One.

Verdict – Is Maneater Dead in the Water?

I started off with the excitement that I felt for this game. That excitement has waned. I got Maneater in the mail late evening on May 21st. By early evening May 24th I was done with the game – 100% completion, platinum trophy. I did not rush through as I had to work those days. The game is way too short. I thought the “shaRkPG” would have some length to it; you can complete it in under twenty hours. Regardless of the budget price tag, I expected so much more from the game.

The literal meat of the game is not meaty enough. The early areas are tough because you are a newborn shark pup. Come back as an adult or larger and you will literally tear through everything. This leaves The Gulf as what should be the true playground. Unfortunately, each area only has one Apex (boss) and the Sperm Whale was an extremely underwhelming fight. After poisoning it, it kinda sat there and let me tear it to pieces. The level cap is also bothersome. Calling something “Mega” that is barely larger than some real Great Whites felt lame. A sequel would need some real open water exploration and the ability to attack much larger prey.

Two years in the making, Maneater did change developer hands. That said, Tripwire has been on the project long enough to work out whatever bugs are causing the game to crash. A lot of complaints online are mentioning two specific issues. First, and I know someone this happened to, the game will crash right as the final cutscene is about to start. This will cause the player to miss said scene. YouTube is the only solution to that as there is no movie replay. The bigger issue is completion and I know someone facing this issue as well. You beat the game, you do all the missions and everything is 100% but no platinum trophy. This may be a PS4-specific issue, but it matters to PS4 players. The game had a huge day one patch, but people on all platforms are still experiencing issues that detract from enjoying the game.

Maneater is fun for all the time you will spend on it. Unfortunately, it is not entirely worth the money that you will spend on it. A short, buggy game that has robbed (hopefully temporarily) some players of completion is worth $20 at most. Tripwire does seem to be working to correct errors as they have addressed complaints in their forums. I mostly hope that they take all feedback to heart and make a bigger, better, bloodier sequel. For now, I recommend waiting for a sale on this one.

Maneater
Maneater is a lot of fun. The shark mechanics are solid and growing up feels great. Unfortunately, the game is buggy, crashes often and is way too short - even for a budget title. I think enough people will play this that Tripwire should make a sequel and go much bigger all around.
FEEDING FRENZY
Grow your shark from pup to monstrous size
You can eat almost everything in the water
Solid controls make 360° movement feel great
Even in maze sections, it is difficult to get lost
ROTTEN CHUM
Less than 20 hours total gameplay
9 meters is big, but not big enough
So much room for improvement; larger aquatic boss fights should have been implemented
Bugs and crashes may prevent 100% completion of an easy game
3
DEEP BLUE SEA DENIED