Slick’s Nit-Picks: Nights of Azure 2: Bride of the New Moon 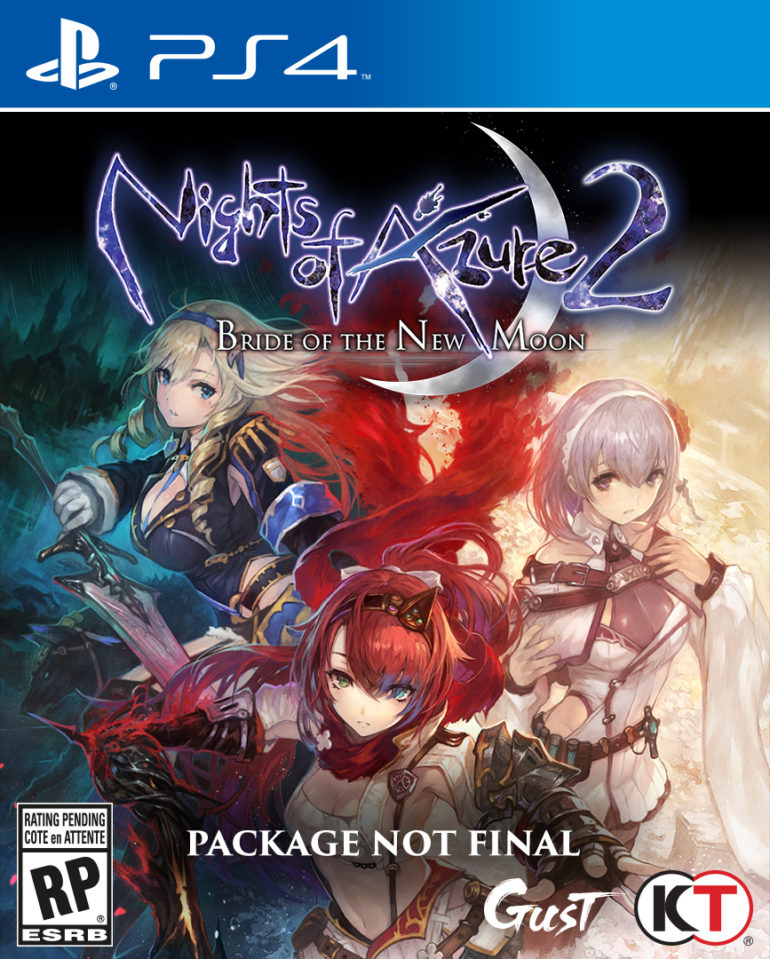 The first Nights of Azure was a complex tale of friendship and loyalty. The Holy Knight Arnice is torn between her duty to defend the populace from the Nightlord and her friendship with a girl who was to be sacrificed to him. Dubbed an action-RPG despite mostly featuring hack & slash action, it was a decent gameplay experience. Now we have Nights of Azure 2: Bride of the New Moon continuing the saga. New characters and a new story pit a new hero against a deadly new foe. Time to find out if this new game is worth your new (or old) cash!

Nights of Azure 2: Bride of the New Moon – What's the Story?

The defeat of the Nightlord brought a rain of his blue blood across the land. Everything that it touched was corrupted and fiends took over the night. As our story begins, Curia agent Aluche is tasked with delivering the Bride of Time to the Moon Queen for sacrifice. Unbeknownst to her, said sacrifice is her childhood friend Liliana. Aluche decides to disobey orders and protect Liliana at all costs. This leads to a confrontation with the Moon Queen who both figuratively and literally delivers the kiss of death to Aluche.

Aluche awakens in the care of Camilla Alucard with a terrible ache in her chest (happens when you get stabbed through, ya know). She finds herself fully healed and feeling not quite herself. The brunette warrior is now a redhead and Camilla informs her she has revived her by making her a hanyou (half-demon).  Now a Holy Knight, Aluche fights with new strength and renewed purpose. She will find Liliana and protect her from the Moon Queen; failure is no longer an option. 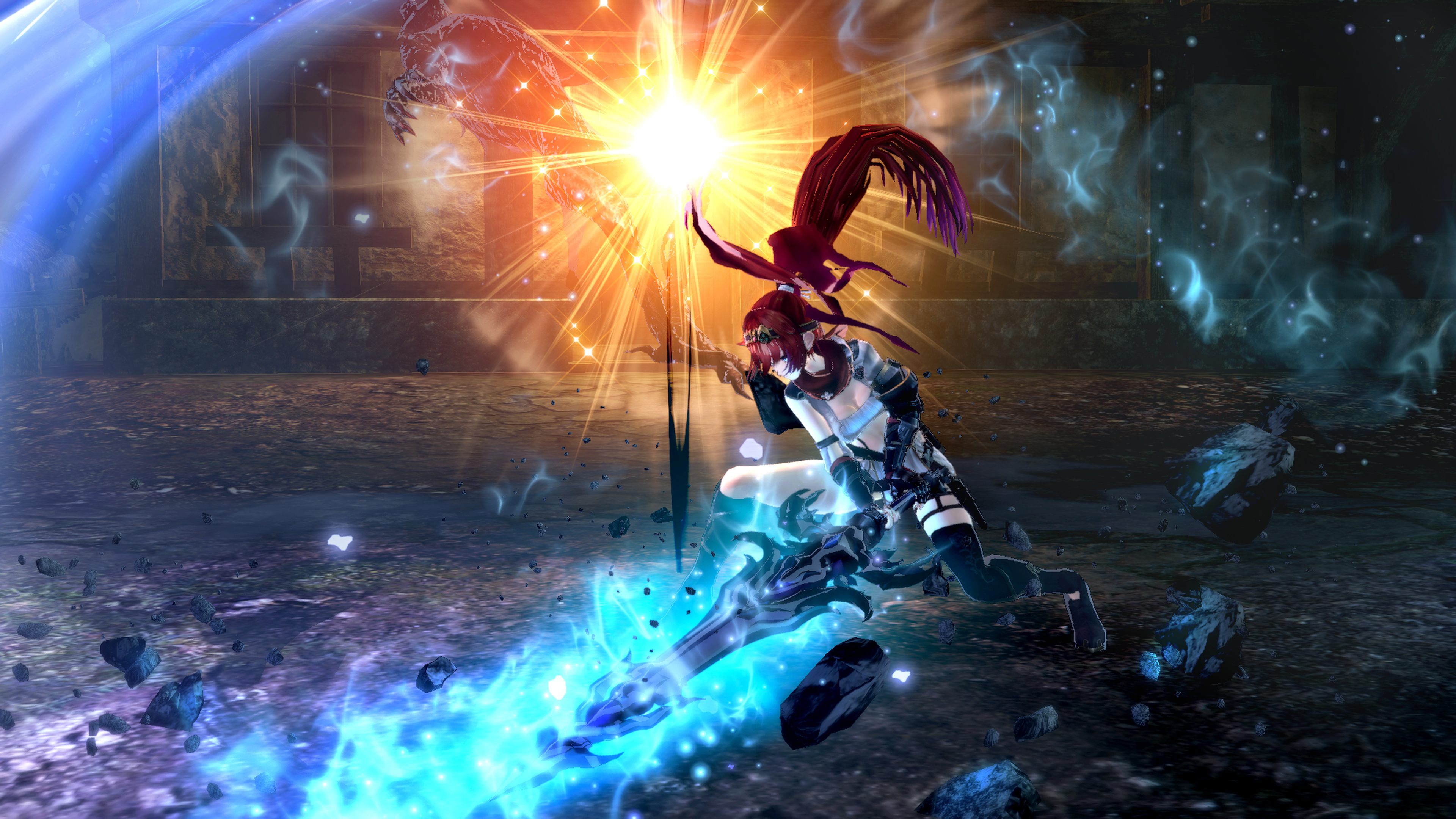 Blood In, Blood Out

Now that Aluche has demon blood in her body, she is able to draw blood out of her body to create a demon-slaying sword. Even before the conversion, she controls similarly to Kratos with square and triangle combinations. Unlike him, she always has helpful counterparts. Whether it be Lilies like Ruenheid and Camilla or one of her Servan counterparts, Aluche is rarely alone. This also allows for some pretty cool combo attacks. Considering the insanely powerful (and sometimes just insane) demons she has to combat, she will take all the help she can get. 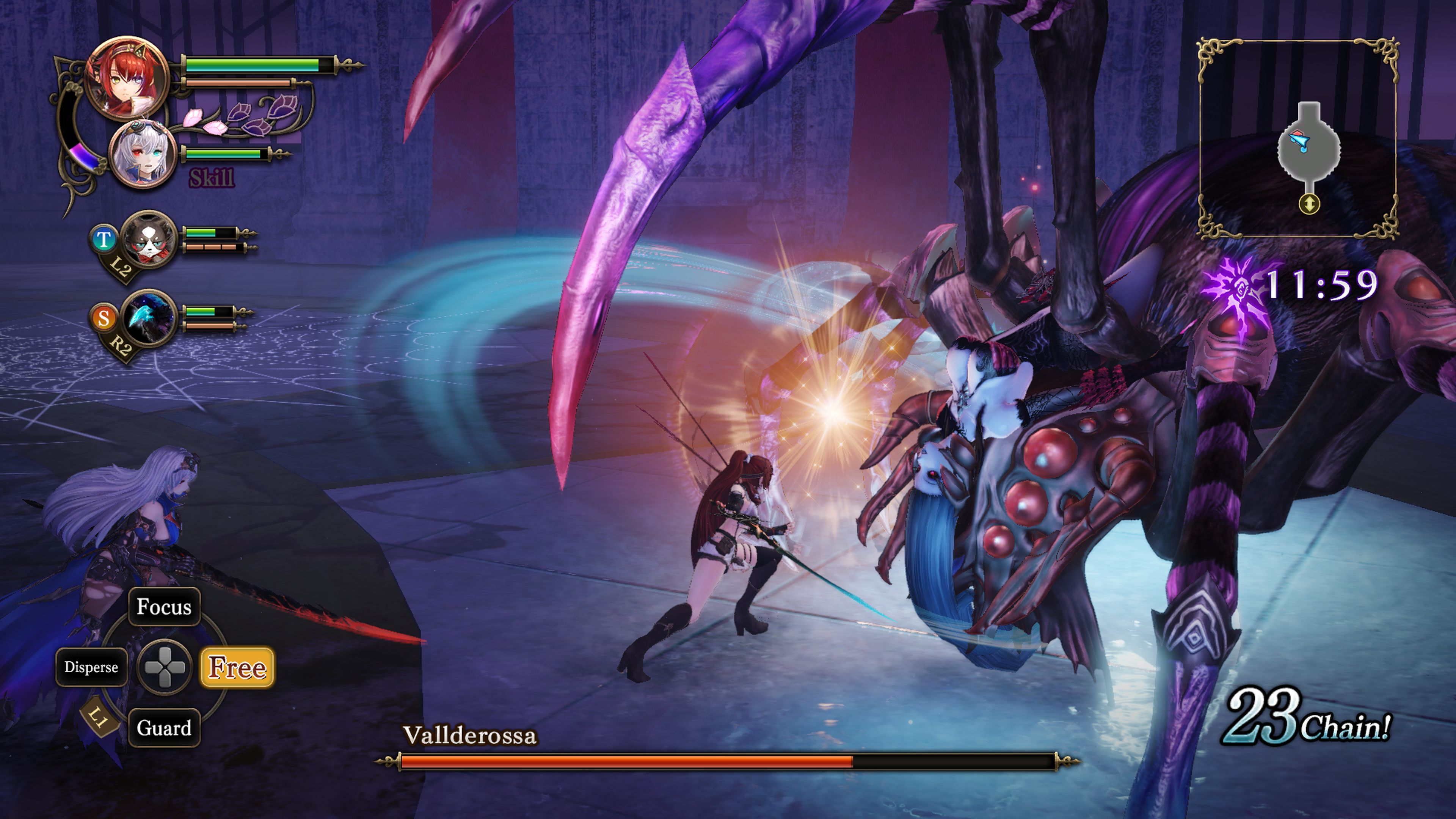 GUST Studios did their best to extend the gameplay. There are multiple endings and after-stories for you to experience. Depending upon how engaging you find the story, you may want choose to play through again. I know that trophy hunters generally create saves at critical junctions for these situations. Nights of Azure 2: Bride of the New Moon is not a short game; especially if you look to complete it. A platinum would probably take at least fifty hours or so. 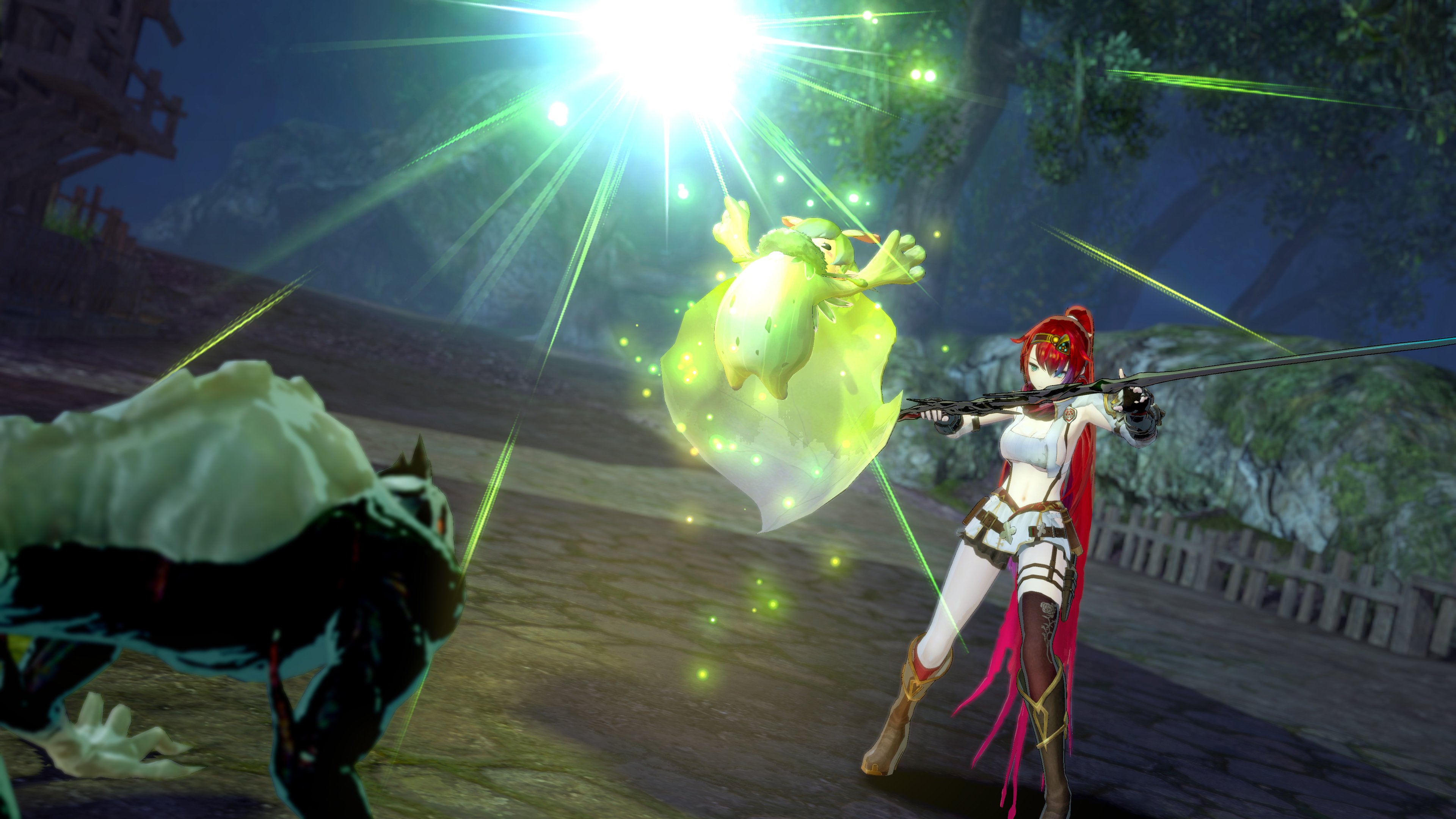 Give that some thought. When you went trick or treating and you got Snickers, Nestle Crunch and other goodies. Then you came to that pack of candy corn. That is what the graphics are like for Nights of Azure 2: Bride of the New Moon. On the one hand, you have beautiful character designs all around. The flip side are bland, flat backgrounds that lack texture. Even the characters look flat in some scenes. Top that with stiff animation that looks like a PlayStation 2 game and you have the “girl with a great personality.” 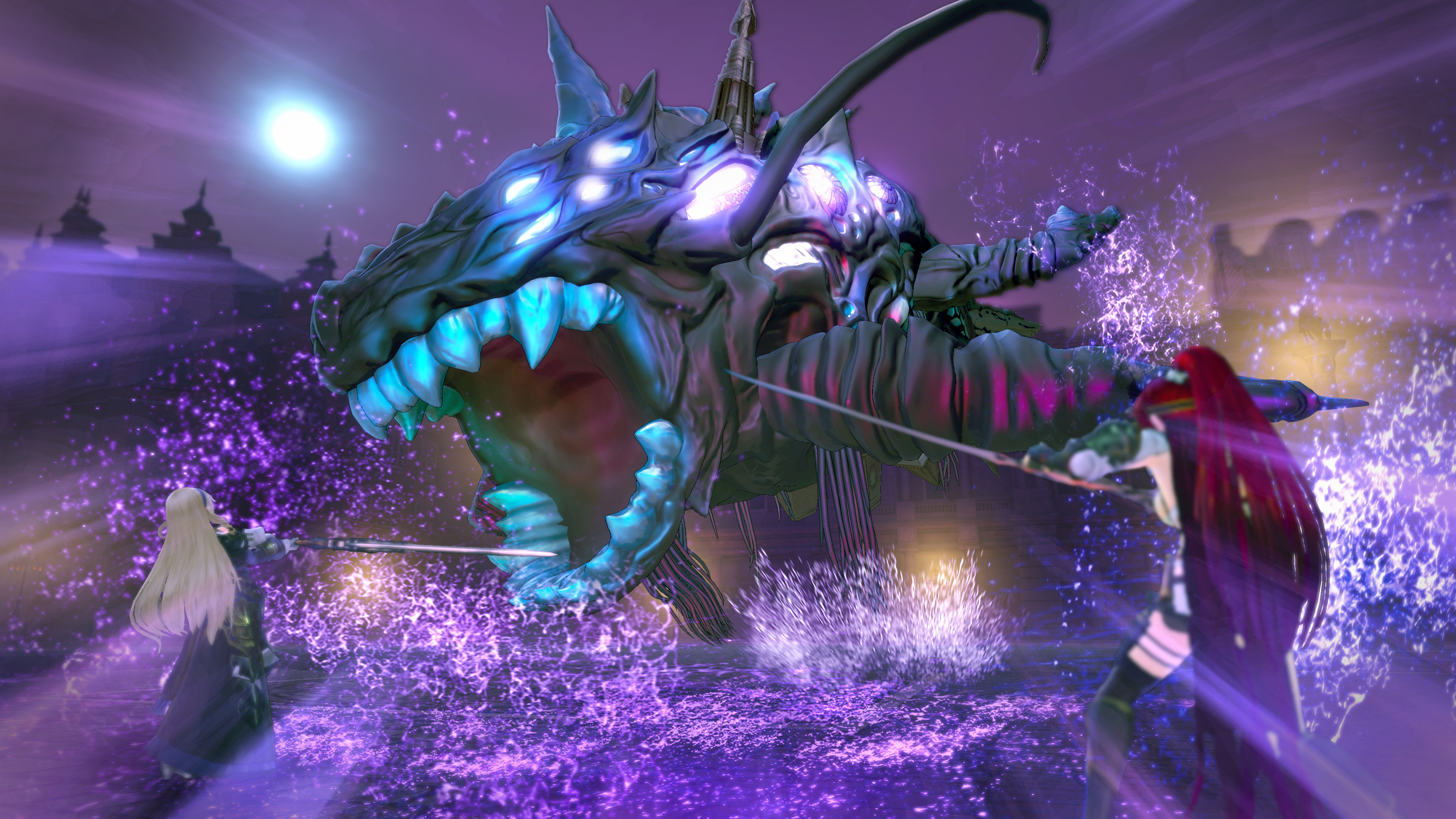 Verdict: Is Aluche the Girl of Your Dreams?

Nights of Azure 2: Bride of the New Moon is definitely enjoyable. While the story is a cookie-cutter, fantasy anime plot, it could be much worse. Aluche and company are extremely easy on the eyes and in many circles she possesses the only “plot” that matters. Beautiful art is hampered by animation that does not belong in this gaming generation. All is not lost because the gameplay has enough depth to warrant your time. Clocking in at minimum fifty hours to completion, this will likely go down as an underrated action RPG. GUST cranks out beautiful games; if the technical end ever catches up with the times, they could produce masterpieces.