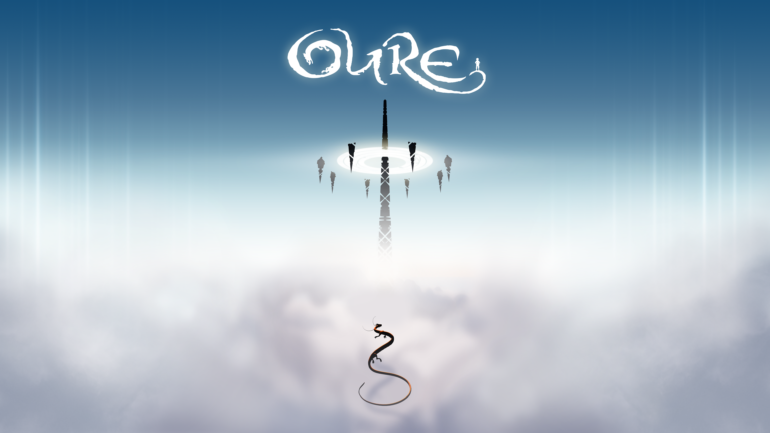 On October 30th, 2017, as a precursor to Paris Games Week, Sony had a PlayStation keynote. There were many games showcased that are coming soon. Among the surprises was a brand new title from Heavy Spectrum Limited. Oure debuted with a beautiful trailer. Taking things a step further, we learned that the game would debut on the PlayStation Network the same day. Now we take a closer look at Oure to see what it is worth.

This is not much of a spoiler since the game randomly picks for you – Oure features two protagonists and some start off as a boy, others a girl. In either case, the people of the world live in darkness beneath clouds so thick they might as well be solid. A child tells their parents of dreams they have of a land bathed in sunlight. The parents know what the place is but there is no way the child could. Realizing what this means, they take their child to the central tower.

This is where Oure begins. Boy or girl, you enter a glowing portal that opens at the tower. This leads to an empty world whose floor is like a mirror. Suddenly the child is transformed into a dragon and tasked with returning eight titans to the land. The child only knows of the titans from stories told by their parents so at first you find yourself bewildered. The entire game is a metaphor only fully revealed at the end. 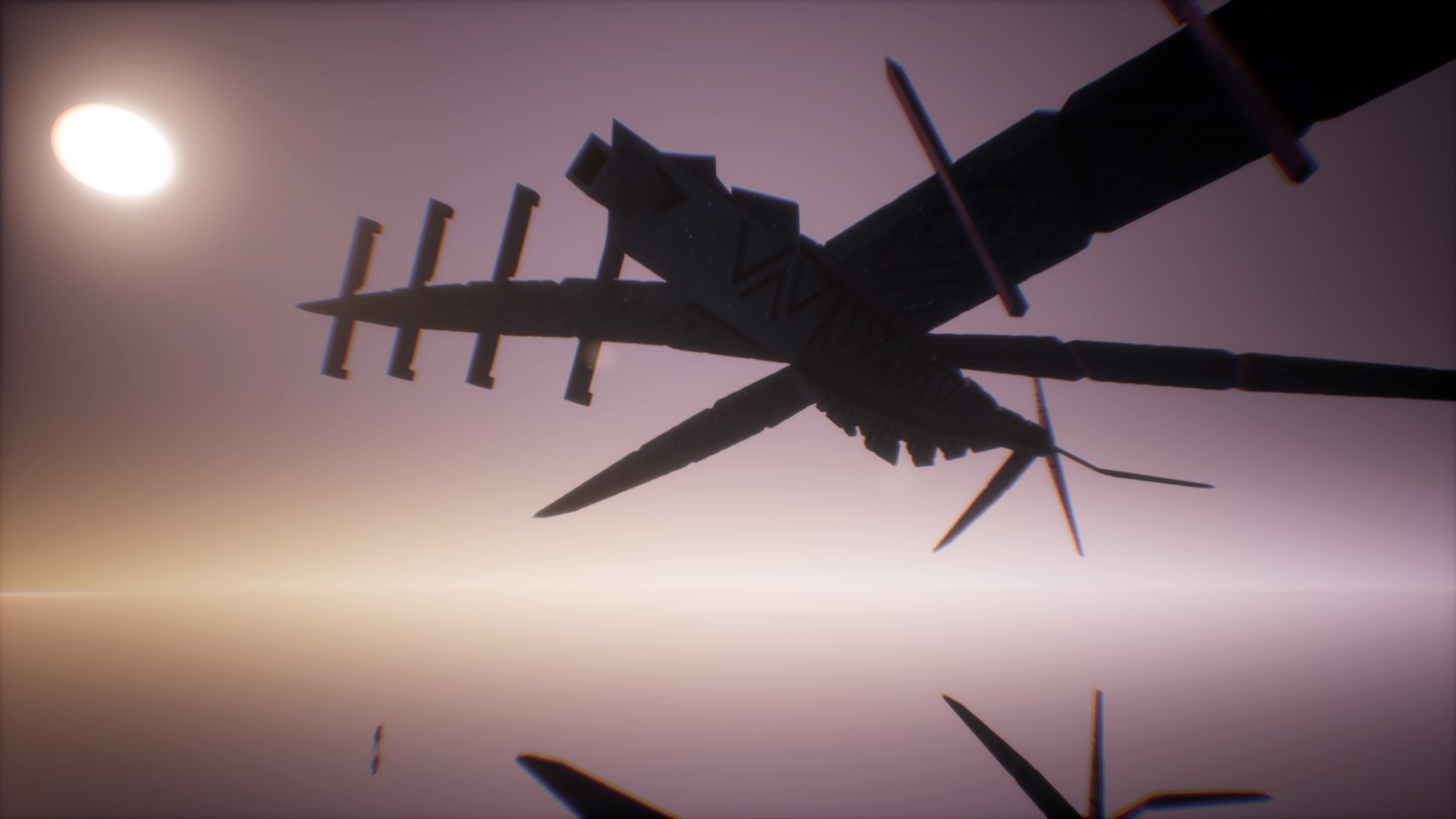 In case you are wondering, that speck at the bottom of the picture is you. While you play the majority of the game as a red dragon, you will occasionally turn back into a human. The meat of Oure is very similar to the classic Shadow of the Colossus; eight titans rage through the heavens and you must calm them. You accomplish this by pulling thorns from their bodies. This is accomplished by completing puzzles when the dragon bites down on said thorn. Once you remove all the thorns they help you find your next objective.

If calming the Titans were the entire game, it would be incredibly short (it still kind of is) but that might have been a good thing. In between the “battles” (you cannot die), the game is padded by a fetch quest of roughly eight hundred items. 750 blue orbs are a kind of currency for activating devices. The rest add to your abilities and tell the story. It quickly becomes tedious. I found the orbs before I had calmed half of the titans and honestly had to pause repeatedly to stay awake. 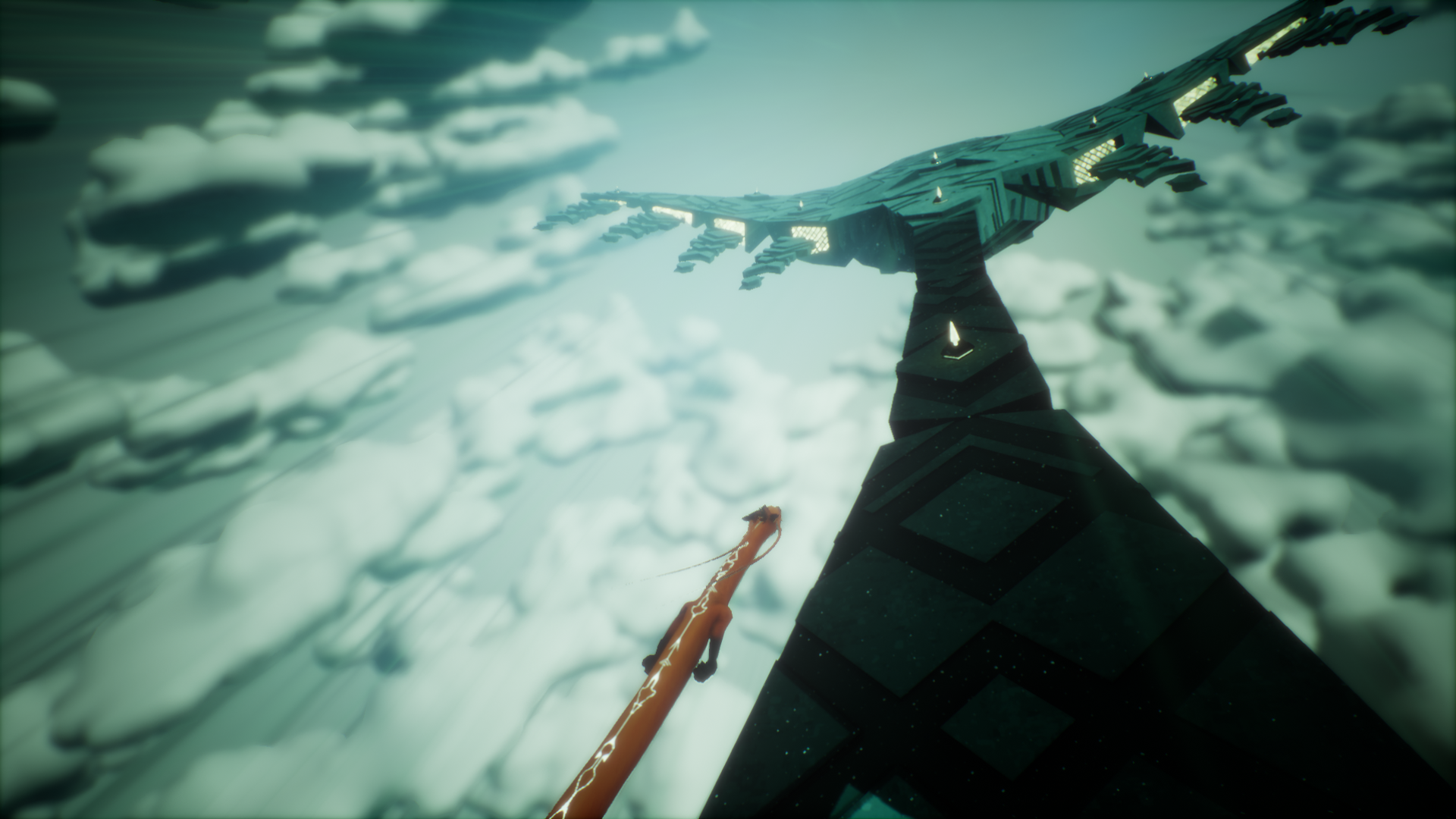 Oure was first shown at Paris Games Week a few days ago and it instantly caught the eye of the entire crowd. From top to bottom, this is a literal work of art. The animation of the dragon makes you wonder whether you are in the sky or in the water because (no pun intended) the movement is that fluid. The open world that you explore has limits but the use of clouds and wind effects makes them barely noticeable. The Titan challenges (minus the puzzles) really look like something out of a movie, especially the final one.

Unfortunately, and I have said this countless times, graphics alone do not make a great game. Yes, you are in the clouds and everything is beautiful but the lack of content in the game makes it feel like a tech demo. New Game+ lets you cut to just the Titan encounters and that feels more like a complete game experience. I would love to sit with the development team and ask them what they were really going for here. Aside from the dragon getting stuck in cracks at times (usually was my fault), this game is near-perfect in terms of visuals and animation. 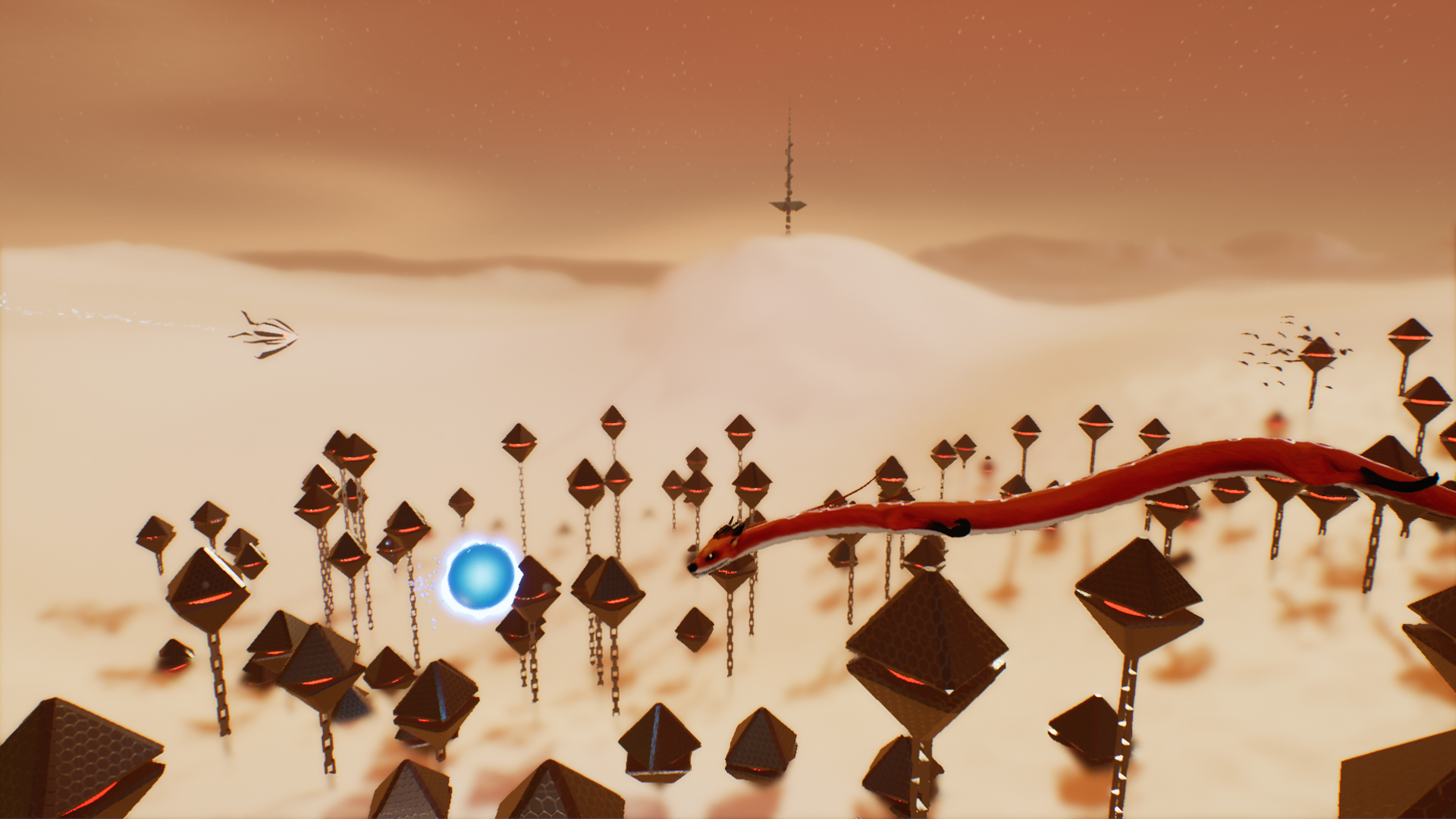 I personally enjoyed the overall experience that is Oure. It is a game with a message that we all need to pay more attention to. Despite the fact that Shadow of the Colossus is being remade (again), it was great to see a game paying homage to a classic. That also led to an issue. SotC was broken and unfinished; in some ways Oure has followed it. The game itself is not broken, but it feels empty as though it was supposed to be more.

The developers made it clear that this game would not be for everyone and that it is a non-combat title. Despite that, I feel that more people would enjoy it if there were some sense of loss in the game. You can be injured, but it means nothing as you cannot die and there is never a threat to losing progress. Oure is not super easy, but to those with even the slightest patience, there is no challenge. I would love to see a patch for this game adding real threats. Only the centipede Titan even gives you a real sense of urgency.

On to the big question – whether or not you should play this game. I would say yes, but twenty dollars is a bit steep for what you get. Oure can be finished in a day, and I mean to platinum trophy. There are one or two tricky parts and beating the last Titan challenge without damage will take some tries, but nothing is insurmountable here. I recommend this game on PSN sale or when it inevitably becomes a PS+ game of the month.