This Pokémon Quest Is Not to be the Very Best

If you are a Pokémon purist and miss Red, Blue, Green and even Yellow, then I have nothing for you. I do however, have something that draws from those early days when Red faced the shorts boy and Pokémon was (still not) simple. If you have ever watched the anime, you know that pretty much everyone in that world has Pokémon. Not all of them are ten years old and aiming to be the very best, like no one ever was. Plenty of folks have pocket monsters to aid their everyday life. This is where Pokémon Quest comes in – prepare for a different type of adventure!

As the game begins, your tiny boat approaches Tumblecube Island. You are a nameless treasure hunter. In my experience, Pokémon likes to sugarcoat things, so I say the protagonist is broke pirate. Either way, your goal is to loot Tumblecube for everything it is worth. You cannot walk two feet in this world without encountering a Pokémon so task one is to befriend some. Once you have your first sla-I mean partner, you begin to mercilessly pummel the island's inhabitants. I wanna be the greatest pirate, like no one ever was.

As of the publishing of this article (05/31/2018) Pokémon Quest is only available on Nintendo Switch. Despite that, it controls like it is already on Android and iOS (coming in June). While JoyCon functionality is present, you can and should ignore them completely. The whole experience works better by tapping the screen. Much like the main games, you will micro-manage nearly every aspect of your Pokémon. You can only control a party of three out of the 151 critters you can catch. Equipping them properly is vital before sending them out into the field.

The classic rock-paper-scissors gameplay prevails in Pokémon Quest. While any given monster can beat another in the right situation, type advantages are very important. Each area has multiple stages and a boss stage you must complete in order to move on. Your team auto-attacks any Pokémon they see while your Silph Co. drone picks up loot. Total team attack and HP equals your party strength and a certain strength is needed to enter stages. A Pokémon's type can give you a bonus. For example, entering Gloomy Grove with Charmander (a fire type) gives your team a strength bonus. Most of the enemies within that area are bug-types so it makes sense.

A certain Pikachu would love working with you as you have no pokéballs to capture with. Instead, you use local ingredients to make food which in turn attracts and befriends Pokémon. Apparently you are a good chef because your grub instills complete loyalty. Learning the eighteen recipes is necessary for attracting different Pokémon types. Keeping a balanced team of properly leveled and trained friends is the key to Pokémon Quest. This will be obvious to anyone who has played the main titles or any RPG.

Pokémon Quest limits how long you can play. Since your drone has to collect loot for you, the game gives it a battery life. You start with five charges, meaning you can go on five missions, before needing a recharge. This can be expanded by buying charges from the Poké Mart with PM tickets. When the mobile version launches, this will likely be handled via microtransaction. Even the Switch version has a ton of DLC for you to buy. It would be nice if the Switch version were less limited but such is the nature of the beast. 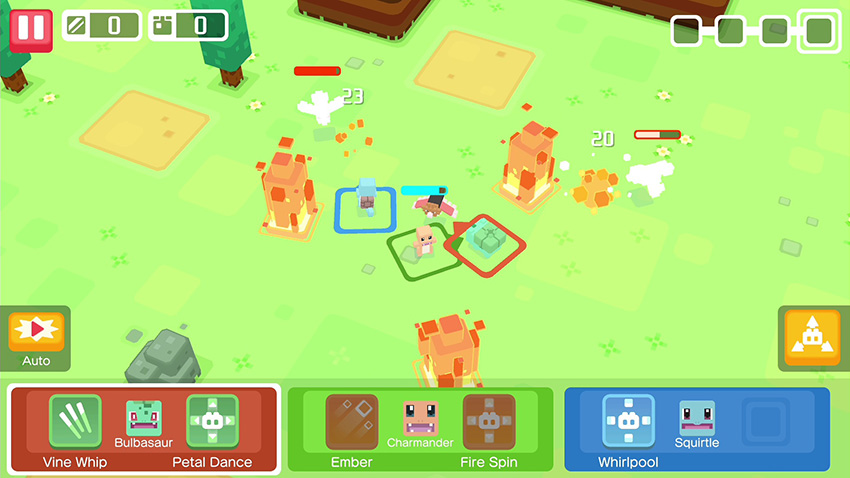 It is clear to see that Pokémon Quest does not look like your standard pocket monster game. I imagine this is what a 3-D version of Zoo Keeper would look like. Overall, the look is fine, but some Pokémon are very difficult to distinguish (Looking at you, Exeggcute). Boss Pokémon are evolved forms and easy to distinguish, being three to five times larger than the rest. Even when you scratch your head to figure out what something is, longtime fans will recognize their cry.

Over the years, the Pokémon franchise has been known for some pretty memorable music. Despite starting on the original Game Boy, people still actively enjoy first generation Pokémon chiptune themes. Pokémon Quest is not living up to this legacy. the music in the game is not bad, but the level themes are forgettable. There is no real battle theme and aside from the authentic, original cries of each creature, nothing stands out as “Pokémon.” Hopefully the treasure hunter in the game is searching for better music. 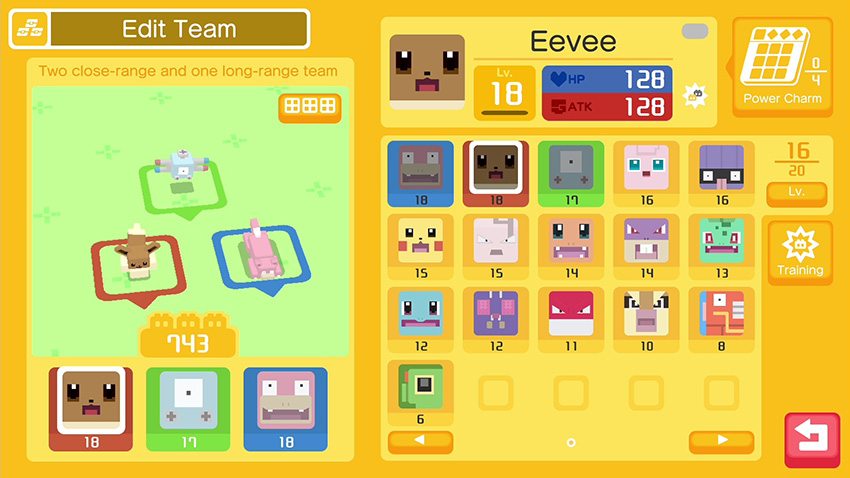 Verdict: Should You Take a Pokémon Quest?

Let's be real here – Switch games are overpriced. I love my Switch and would still buy it if I could go back to March 3, 2017. However, someone at Nintendo needs a reality check. That is an entirely different argument. A free game is a free game and if it is decent, all the better. Pokémon Quest is a decent game. Despite Nintendo having nearly fifty dollars in DLC for the game, you can play it without spending a dime. The caveat is that you can only play it in spurts. Once the (in game) battery is dead, you have to wait for it to charge to continue. The only way to avoid that is to use PM tickets and ultimately, real money.

Tumblecube Island brings us back to the days where there was only the Kanto region. The nostalgia alone makes this worth a shot. The original 151 pocket monsters are all here. Definitely give this game a go if you have a Switch and like Pokémon. When the game comes to mobile, I would recommend it above Pokémon GO, just because you can actually fight without raid battles. This title is definitely closer to a main line Pokémon game than its mobile predecessor.