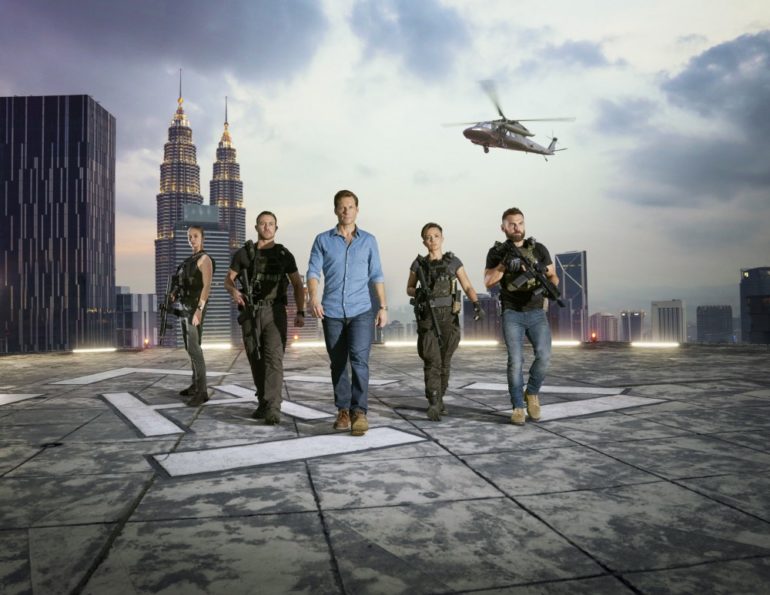 While Strike Back season five was met with mixed results many fans including yours truly felt another season may have strengthened the chemistry amongst the cast. Cinemax appears to feel the same way as they announced that season six of Strike Back has started production. The ten-episode season will be shot entirely in Malaysia. Mac (Warren Brown), Wyatt (Daniel McPherson) and Novin (Alin Sumarwata) are back but it appears Captain Natalie Reynolds (Roxane McKee) is not at least based on the assets we received.  The team will have some new faces including a new commanding officer and a questionable former Russian operative aiding them.

Here is the plot synopsis for the upcoming sixth season:

When a Russian bomber crashes in the South China Sea, the covert special-ops soldiers of Section 20 — Thomas “Mac” McAllister (Warren Brown), Samuel Wyatt (Daniel MacPherson) and Gracie Novin (Alin Sumarwata) — are sent on a mission to investigate. There, they cross paths with Katrina Zarkova (Yasemin Allen), a rogue Russian operative with questionable loyalties.

Under orders of the new commanding officer, Col. Alexander Coltrane (Jamie Bamber), Section 20 pursues stolen contents of the Russian jet across Southeast Asia. They will work alongside the Malaysian police to shut down a Triad gang in Kuala Lumpur, uncover a corrupt plot by a wealthy Indian businesswoman running for Parliament and plunge into the jungles of the Golden Triangle in Myanmar, facing off against mercenary drug agents and terrifying warlords, as they uncover a conspiracy that threatens to push the world to the brink of global conflict.

What did you think of Strike Back season 5 and are you looking forward to another season?