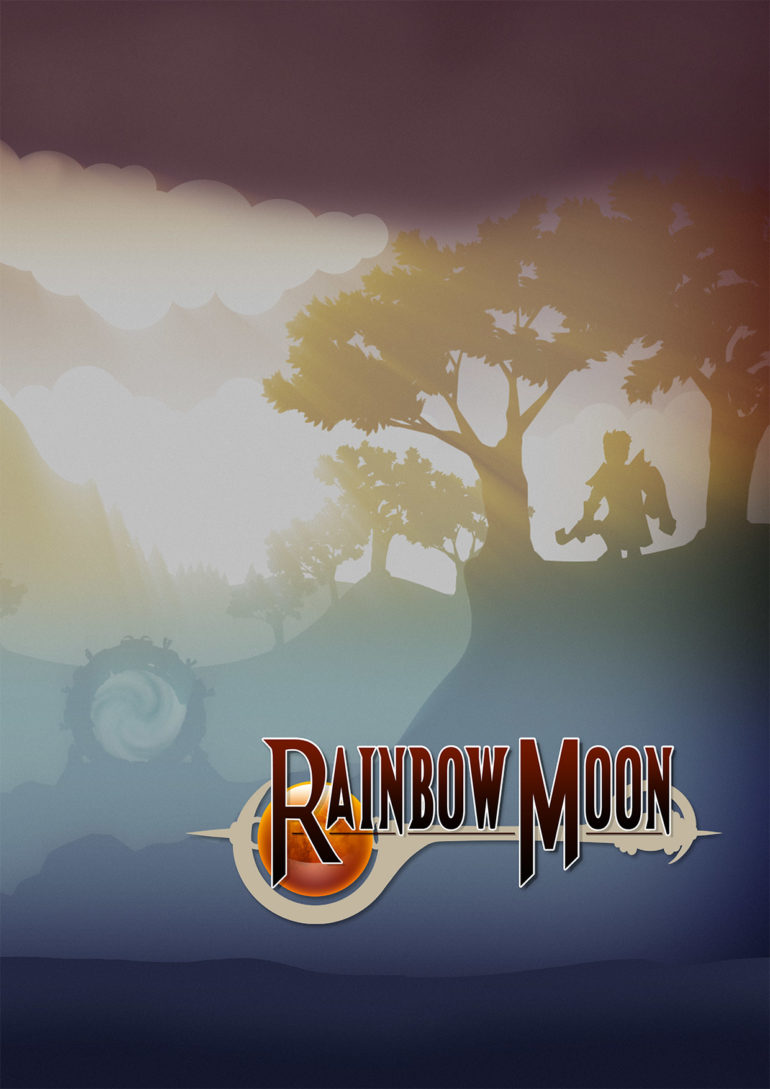 Rainbow Moon is a tactical RPG that originally released for the PlayStation 3 back in July of 2012. In December of 2013, the game went portable as a PlayStation Vita version popped up. So you might be wondering why on Earth this game has come to the PlayStation 4 in 2016. There is the easy answer that in this console generation, “double-dipping” seems to be the order of the day. Then again, while I own both a PS3 and PS Vita, I had never heard of Rainbow Moon before earlier this month. It appears that the game had a solid fanbase but overall was one of those titles that fell under the radar for most. In a situation like that, I would entertain a re-release just to see what the fuss was about. There is also the matter of the upcoming Rainbow Skies on all three PlayStation platforms. It could be that EastAsiaSoft and SideQuest Studios want to get the word out so that the new game is not a sleeper like its predecessor. Whatever the case, the game is here. Let us put all speculation aside and see what this game is made of. There is quite a crop of RPGs available for the PS4 so let's see whether Rainbow Moon falls into or stands out in the crowd.

IT AIN'T MY FAULT! Baldren, the main protagonist of Rainbow Moon, might be the single worst RPG hero ever. I am being sarcastic here, but seriously, who heads into a boss battle without saving? Everything he had to deal with in this game could have been avoided! Now that I have had my fun, let me break down what really happened and you will understand. Once a year, Baldren and his arch-rival Namoris meet to do battle. There is no explanation as to why or what the rules are; it just happens. I guess Namoris must not win very often because he put quite a devious plan into motion. With a sneak attack, he knocks out Baldren and tosses him into a portal to another world. The last thing Baldren sees before he completely blacks out are scores of monsters in the portal. He awakens on the outskirts of a village called Cassar, at the foot of the portal that brought him here. It is no longer active so going back home is not an option at the moment. The people of the village are wary of outsiders because they know that someone appeared through that portal and apparently brought all the monsters with them. It takes no time at all for the people to figure out that person is you, but they give you the opportunity to prove your innocence. Once you have gained the trust of the people, they start to point you towards people and places that might help you get back home. This is the start of your journey through the world of Rainbow Moon. The main game boasts a minimum of forty hours of gameplay and well over one hundred should you complete the post-story missions and side quests. For a budget title, gamers cannot go wrong with a deal like that. Add in that PS3 and Vita owners of the game can load their save to the cloud and import it to the PS4 and the deal is even sweeter.

THE GAME OF CHESS IS LIKE A SWORD FIGHT In Rainbow Moon, you literally must think first before you move. This is a strategic RPG, but it is not quite the same as say, Final Fantasy Tactics. In this game, everything you do can be a determinant factor in whether you survive an encounter. In most RPGs you can get away with fighting an enemy that is a few levels higher than you. All you need are enough potions or healing magic. In Rainbow Moon, that tactic sometimes works with regular enemies. Even still, you will learn very early in the game that if you go into certain battles without proper preparation and/or leveling, you will die very quickly and repeatedly. For example, early on there is an encounter with something like ten Wannabe Heroes (real enemy name) where they can quickly surround and end you. The only way I was able to win was to place myself where only two of them at most could strike me. Then I picked them off. Having solved a great dilemma, I thought I was good until encountering a magical enemy that was able to hit from long range. Regular enemies are usually small fries, but there will often be one or two tough ones mixed in. Every new area has something you will need to switch up your strategy to beat. This can be frustrating when you feel like you mastered one area and are ready for the next. At the same time, it is refreshing knowing that the game will continue to challenge you throughout the adventure. The controls are my only minor complaint because you have to be careful when moving your character. the 45° orientation of the board makes movement awkward until you get used to it. You should use the D-pad instead of the analog stick because once you move, you cannot take it back. This would not be an issue if movement worked like attacks where you could confirm the action first. Unfortunately, that is not the case and positioning mistakes can be fatal. One of the best aspects of the combat is that your skills have levels just like your characters do. One of the first abilities you learn is called Shield Bash. You will want to use it repeatedly because it levels up independently of Baldren and can be much more useful than your regular attack. This winds up being the case for many of your active skills, especially since a lot of them have side effects like slowing or preventing movement of enemies. Like any RPG, there is a fair amount of grinding. In this game, however, you may spend even more time trying to see how much it can throw at you without it stopping you. Each battle can give you a feeling of accomplishment because you can see growth in your characters even when you do not reach a new level. Aside from what I explained about skills, there is the Rainbow Orb system. There are two forms of currency on Rainbow Moon: coins and orbs. The coins buy regular goods and healing services from a medicine man. Orbs are taken to a savant and in exchange for the proper amount, he will increase each of your base stats. Until you actually level up, there are limits to what he can do, but it is unlikely that you will fill all of the bars before a new level allows you to do more, making the savant invaluable. The multi-tiered leveling system removes a lot of the basic frustration of an RPG because it feels more realistic in terms of progression. It is kind of like when you see a training montage in a movie and see the hero getting better. I wish more RPGs would implement a similar system instead of making you wait for a level-up, but that is a discussion for another day.

BLAST FROM THE PAST Rainbow Moon initially released for the PS3 in 2012 and this will be pretty apparent when you see the graphics. In all honesty, the game looks like a high-end title for the Nintendo 3DS or PlayStation Vita which is ironic being that it went portable after a console release. I always say that graphics do not make the game and this is definitely one of those instances. Consider that this is a strategic RPG. Regardless of whether you are looking at your own character, an NPC or enemy, everything is limited to a single space. with that rule in place, the graphics are pretty detailed and actually hold up in 2016. The graphical style reminds me of a 2.5D rendition of Ghouls ‘n' Ghosts.  Combine that with the fact that the game is locked at sixty frames per second (which makes everything look better) and the visuals still pop. The only thing that I wish had been improved from the original is the character models in the menu. Regardless of what armor, shield, weapon, etc you have, the menu character model never changes. On screen, your equipment changes your look but that is a much smaller representation. Solid graphics and animation are rounded out by a soundtrack of over two hours worth of music. The tracks are relatively forgettable next to some larger RPG productions but the music always fits the scene very well. If this were the worst looking game on the PS4, that would mean the console was full of good looking games.

I have been really rough on remakes coming to this console generation. The primary reason is that most of them are just blatant cash grabs that offer nothing to the consumer. In the case of Rainbow Moon, I have to make an exception for several reasons. While it is only coming up on four years since its initial release, Rainbow Moon is not one of those games that the average PS3 owner had played. I myself try to keep up on what is out and I had never seen or heard of the game before a few weeks ago. That said, the game is trying to garner interest for an upcoming follow-up called Rainbow Skies. It would be petty of me to call this particular title a cash grab. Consider that it costs $15 and that there is a special offer to those who own it for PS3 and Vita to upgrade to PS4 for half that price. There is even the ability to cloud save your game and transfer it to the new version. On PS4, there were some gameplay tweaks that make it more attractive on the newer console like being able to immediately use found treasure items instead of losing them due to inventory being full. It is clear that SideQuest Studios put the effort in to make sure that Rainbow Moon for PS4 would be worthwhile not only to new players but those who had already enjoyed it as well. For that reason, I would recommend it to all RPG fans. Even if you previously played the game on PS3 or Vita, spending eight dollars to upgrade to PS4 is worth your while to own the best version of the game.