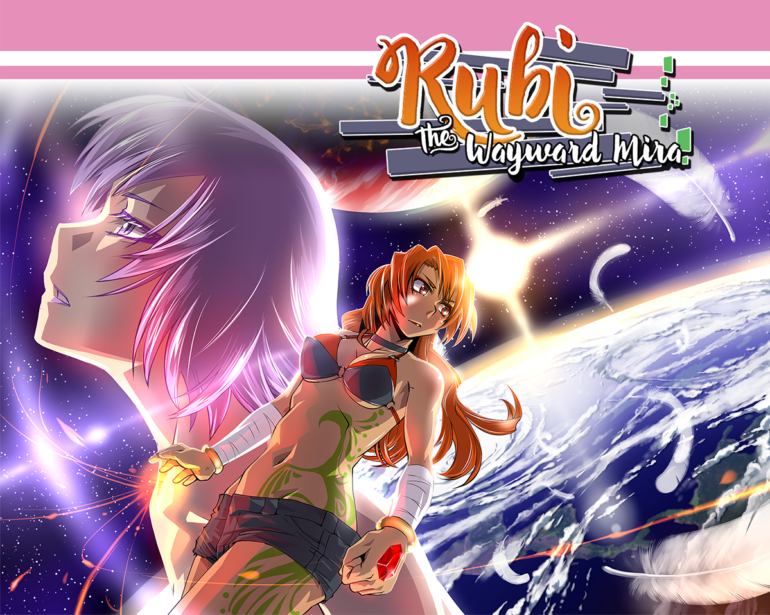 In some ways I feel that gaming has gotten away from the core gamer. Titles with movie-sized budgets are not necessarily bad (some are) but the focus tends to fall on selling a million copies. Meanwhile there are indie developers with as little as one person on the development team making amazing games that are just… good games. Today I will take a look at one such developer and their title in its alpha build. R.A.G.E. Works is happy to review the demo of Rubi: The Wayward Mira.

In another reality exists the world of Casimir. The inhabitants, known as Mira created civilization much like we have here. They found a viable source of power and built their entire society on it. Instead of fossil fuel, the Mira use mana to power everything, themselves included. Their cities are built atop the leylines of the planet and the Mira prospered forages. Unfortuntely, mana, like fossil fuel, is finite. As the final reserves are drained, the time of the Mira is running out.

A young Mira named Rubi was born without the ability to utilize mana; a fatal disability on her world. To counter this, gems were implanted on the backs of her hands to correct the problem. Things might be great for her were her people not dying out due to mana depletion. One day, a strange particle phenomenon leaves her and several of her people stranded on a strange world: Earth.

This new and beautiful world has much for Rubi to explore and discover. However, what might seem like a gift quickly becomes a curse. Her people begin to mutate into what become known as the Feral. These creatures do not resemble their former selves and attack Rubi relentlessly. She must find the source of this mutation and hopefully save what is left of the Mira. 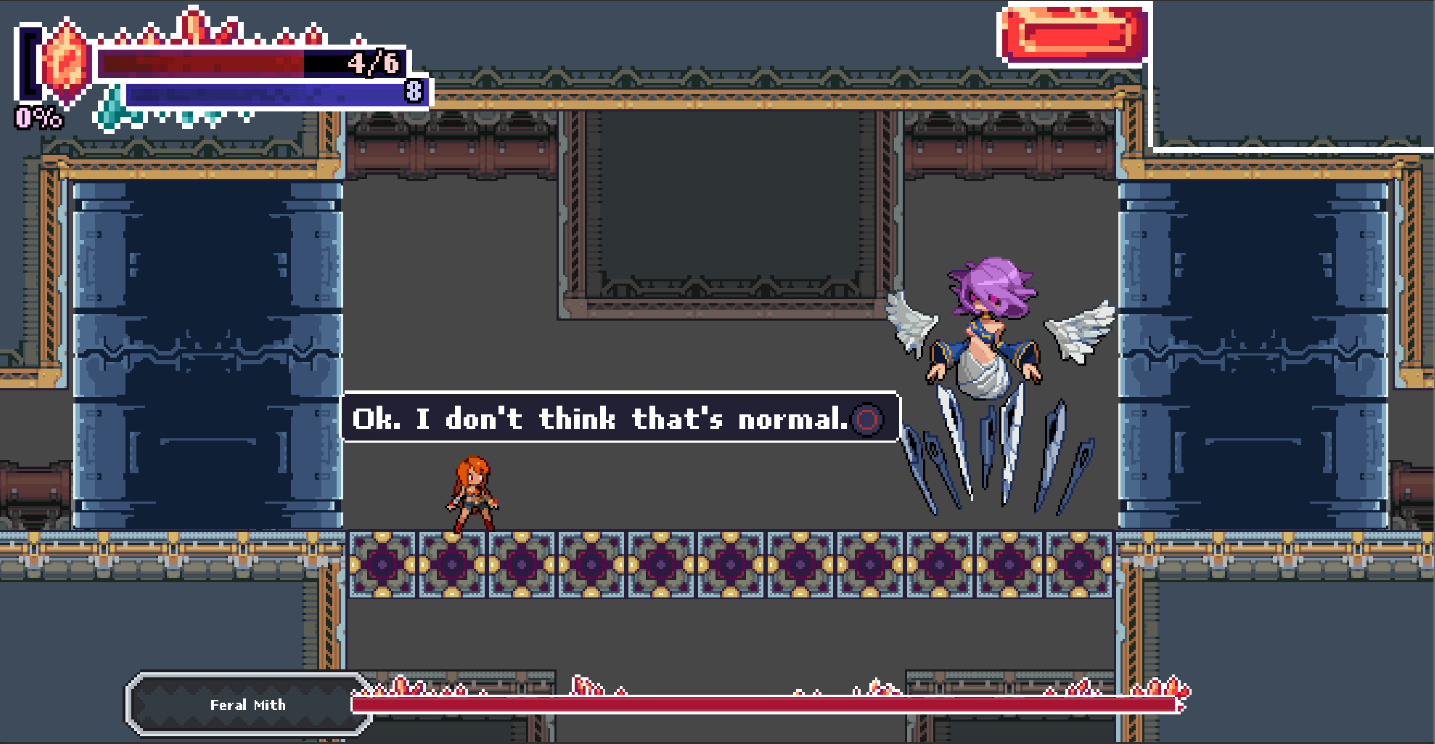 Rubi: The Wayward Mira – Under Construction

Rubi: The Wayward Mira is a 2D side-scroller adventure. I have to stress that this game is currently in early alpha; this is more of a first impression than a full review. First and foremost, the basic movement is smooth and responsive. Rubi can attack in four directions which was almost unheard of in the 16-bit era. The problem is jumping. It is extremely stiff and jumping as you run off a cliff barely ever works. Considering one of the enemies splits into three homing projectiles when destroyed, that is not good.

This alpha demo lets you experience the full first area of the game, including the first version of Mith, a boss. This is another area where the jumping needs to be improved. By herself, Mith is nothing, but she creates these mechanical eyes that shoot lasers at you. Poor jumping made a cool boss fight very frustrating. Once the jumping issue is remedied, I see a lot of potential for Rubi: The Wayward Mira. The only other thing I could recommend is that the map mark objectives. 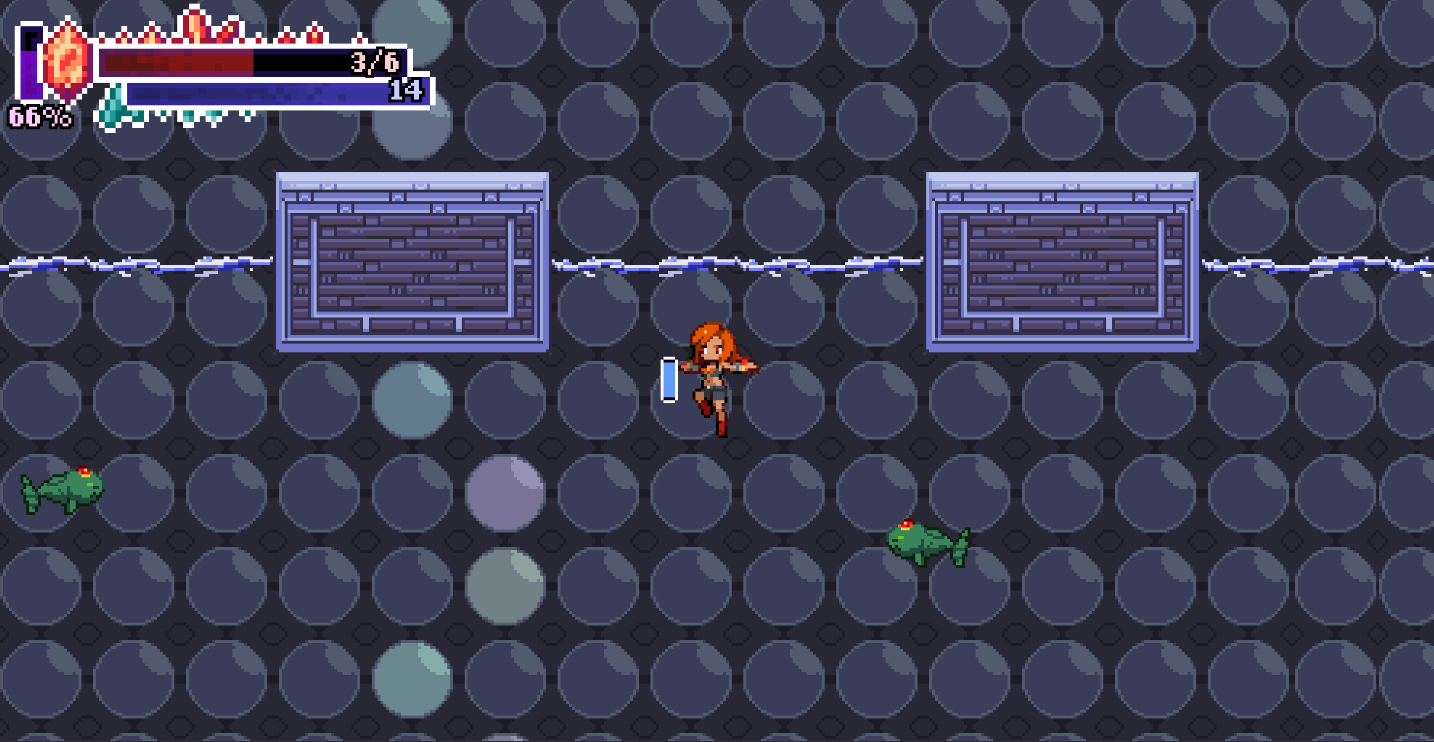 I won't lie, Rubi: The Wayward Mira initially drew me in because of the key art. The gameplay and story are what kept me around. However, once you start playing the game you notice a lot of subtle touches that make it look great. The backgrounds were not static unlike many other 16-bit offerings. The particle effects would be better served by a greater engine, but that is part of why this game has a Kickstarter campaign. In terms of performance, there are no issues.

Taking your monitor size and resolution into account, Rubi: The Wayward Mira can display in up to a windowed 2560×1440 mode. If your system has any trouble running the game, it might be time to throw it out the window (or at least upgrade the GPU). I hope that the project meets and exceeds its goal because there are clearly talented artists and programmers behind it. The music composed by Geoff Meyer also needs to be heard by those who love a good game soundtrack. 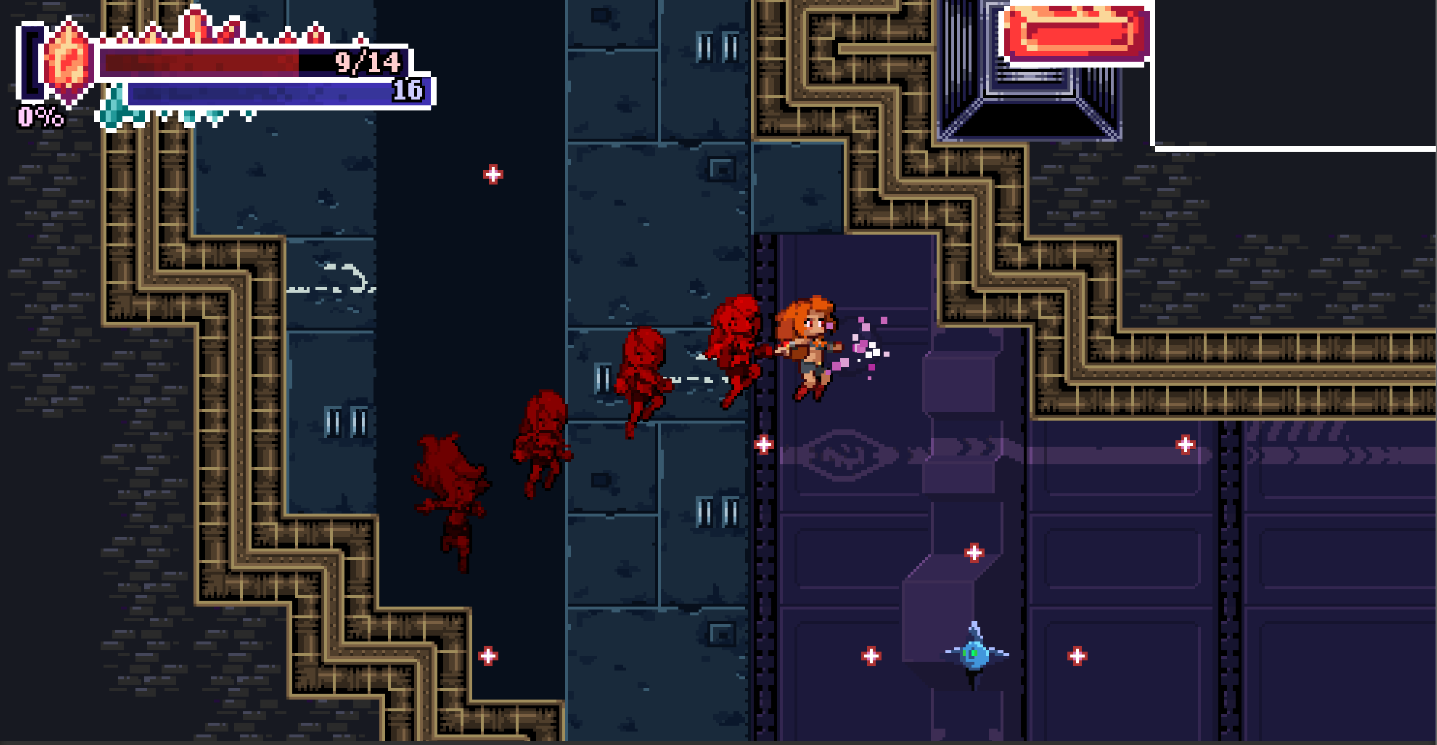 Verdict: Should You Save The Mira?

Rubi: The Wayward Mira is a throwback to the SNES/Genesis era in almost every way. It has an engaging story; I just hope the final game does a better job of telling it. The gameplay could make it a great game for speedrunners and metroidvania fans alike. However, it needs some polish, especially in the jumping and map department. Graphically, I really have no issue; 2017 has continued to push the limit of what consoles and PCs can produce visually, but graphics alone do not make a good game. Rubi's adventure looks great so far and I hope it continues to develop.

My final word on the game is that you should download the demo and play through the first level. I believe that you will like it and if so, please support it before the September 20th deadline. The developers are considering additional options if the goal is exceeded and I for one cannot wait to see what they come up with. I think this game is better suited to the PS Vita, Nintendo 3DS and Switch, but anyone that has access to Rubi: The Wayward Mira should give it a spin.