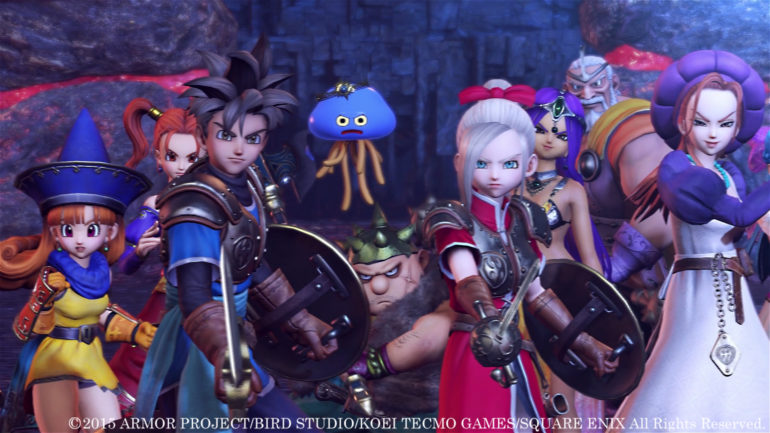 When SquareSoft and Enix merged I was confused. I wondered what would happen to Final Fantasy and Dragon (Warrior) Quest. Years later, we know that more attention is given to Final Fantasy in most of the world. In Japan, people actually take vacation when a Dragon Quest game drops. Now we have Dragon Quest Heroes: The World Tree's Woe and the Blight Below upcoming for the PlayStation 4. If you think people went nuts for previous titles, consider the fact that Dragon Quest Heroes has five new characters along with some returning favorites:

Japan may shut down because no one is going to come to work! Jessica & Yangus? TAKE MY MONEY! The new trailer looks incredible as Akira Toriyama (Dragon Ball, Dragon Ball Z, Dragon Ball Chou) returns as art director. The game is available on PlayStation 4 on October 13, 2015. Make sure you don't miss this one!

P.S. The game came out in Japan in February, so the vacations have already been taken

P.P.S. Dragon Quest Heroes: The World Tree's Woe and the Blight Below is the best selling non-bundled game for the PlayStation 4 in Japan. A sequel has been announced, tentatively titled “Dragon Quest Heroes II: King of Twins and Ending of Prophecy,” scheduled for release sometime in 2016.