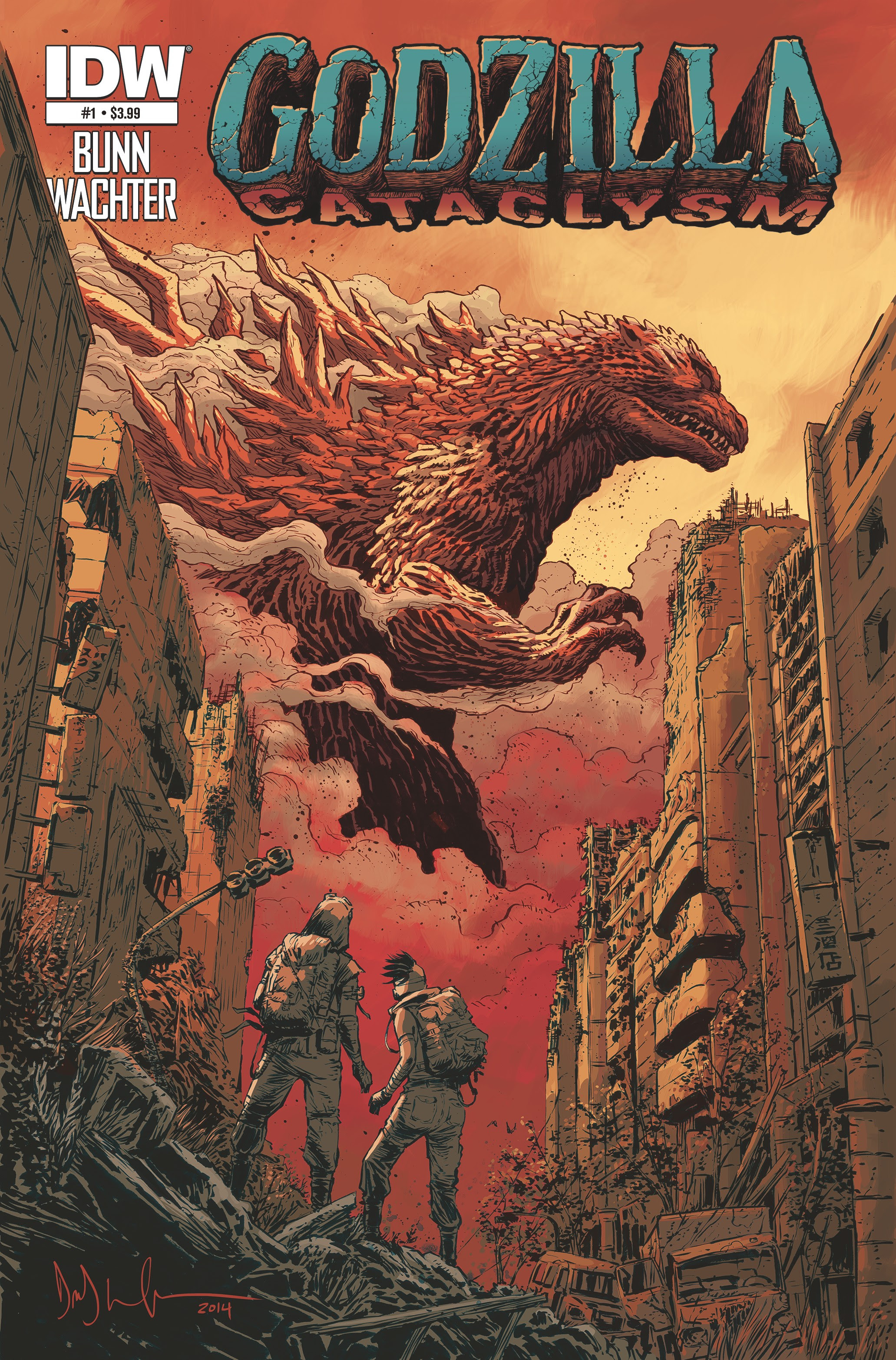 IDW Publishing is known for giving hardcore fans what they want. With a lot of franchises not covered by the big two comic companies, IDW has a very broad range of subject material and tends to give writers and artists a lot of freedoms also not allowed in the mainstream. Even before the new Godzilla movie came out, IDW already had a regular series featuring the kaiju king in Godzilla: Rulers of the Earth. Now there is a new miniseries coming in August titled Godzilla: Cataclysm. The future is bleak as civilization has been annihilated not by aliens, not by machines, but by monsters. Humanity faced near extinction as kaiju ravaged the Earth and civilization is a mere shell of what it once was.  Tribal leader Hiroshi must figure out how to keep his people alive as nightmares from the past begin to resurface. As the old saying goes, “fight fire with fire,” and the only way for Hiroshi’s people to survive might lie with the greatest monster of them all!

Don’t miss Godzilla: Cataclysm this August, featuring the writing talents of Cullen Bunn and the art of Dave Wachter.