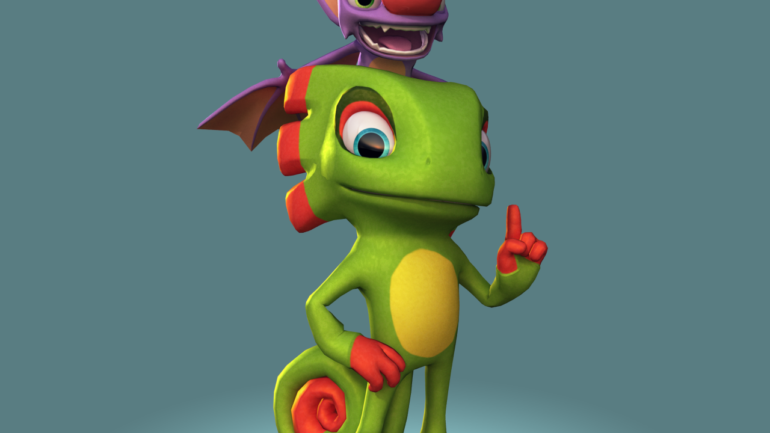 A return to simpler gaming days is usually welcome and sometimes needed. Rare may be a shell of the great development company that it once was but the great games that it put out are still in our black, gamer hearts. It seems that a few of those developers from Rare's golden era want to make those blackened lumps of coal in our chests beat once more. From the creative minds behind Banjo-Kazooie and the (original) Donkey Kong Country series comes Yooka-Laylee. I have a lot of hopes for this game even though the title makes it feel extremely derivative. The game stars Yooka the chameleon and Laylee the bat as a team of heroesthat move about very similarly to Banjo and Kazooie. Considering the game raised over three million on Kickstarter, I think the guys at Playtonic Games will put in enough work to make the game nostalgic and fresh at the same time. Banjo-Kazooie was a bit of a kiddie game but those who played it when it first released are all a bit older. As you can see from the animated short, the humor has grown up with the fans.

Yooka-Laylee is currently slated for an October 2016 release on PS4, Xbox One, PC, Linus, Mac and Wii U. Stay tuned as more info becomes available. This is a game to look out for.