There are not enough hours in the day – a thought that we have all had at one point or another. Add that we have all wished we could either be in two places at one time or have a double take care of menial tasks like work and school so that we could do what we really want to do. On a more personal level, a double would be that person that understands you like no one else does because they are, in fact, you. This all sounds great on paper, but in the real world, things rarely go the way you would hope. What happens when that double is better at your daily routine than you ever were and they decide they don’t wanna listen to all your crap. Even worse, that “best friend” that knows you better than anyone decides they are a better you than you and they don’t need you anymore. Trust was hard enough when you had to deal with others and now you find you cannot even trust yourself. If it came down to you versus you, you probably will not want to find out who the better person is.

AND THE NOMINEES ARE… It’s Thanksgiving Day but the world’s greatest heroes are not enjoying turkey with their families. Up in the Watchtower, the Justice League discusses its future. After recent events, the need has arisen to update the team roster. Many individuals, including all of Young Justice and even Red Arrow are nominated for membership. The continued membership of a few existing Leaguers is questioned as well. As with any conversation involving Batman, the meeting is intense. Meanwhile, down on Earth, Miss Martian and Zatanna are preparing a family dinner for any of the team to attend. Zatanna starts crying because this will be her first Thanksgiving without her father. A quick homage is paid to Christopher Reeve’s Superman as Lex Luthor transmits a message only Superboy will be able to hear. He calls him to D.C. to discuss the creation of a new Super-clone. Luthor, being the tactician he is, knows Conner will run off to Cadmus half-cocked to find the truth. Once again, Conner goes on a solo mission with only Wolf to help him. I doubt he will have the help of the New Gods this time.

THE FATE OF BILLY The JLA discusses many qualified heroes as possible inductees while at the same time questioning if two of its members should be allowed to stay. Captain Marvel was outraged that Nabu essentially forced Zatara to don the helmet if he wanted to allow his daughter Zatanna to be free of it. Both Red Tornado and Green Arrow acknowledge the concern but it is quelled by Fate himself. He speaks for his host and current League member Zatara saying he  would wish for Fate to remain a member so that the League can watch him. Zatara (for obvious reasons) does not fully trust Nabu. I would fully support Zatara in that decision. The spotlight then moves to Captain Marvel, who recently was revealed to actually be a ten year old boy. This was a completely idiotic thing to bring up in my opinion. So he did not tell you that he was ten years old; I seriously doubt anyone asked him his real age when he was recruited. He has proven himself time and again as a worthy member of the JLA, so I am glad that Batman stood up for him.

FLASH’S FOLLY Nothing much to say on this, it is just worth mentioning that when Flash got shut down hard by John Stewart and Hal Jordan when trying to nominate the third Green Lantern, Guy Gardner. He barely got the name out as they both said “NO!” He tried to reason with them and they both repeated “NO!” It is always good when the show starts getting too serious to have a moment of utter hilarity.

MATCH-MAKER About all Conner was able to be thankful for at the end of the day were his two front teeth. He found another Superman clone and he also found out that he was the second clone and that “Match,” is his older brother. Match was unstable due to geneticists being unable to fully unlock the Kryptonian genome and that is why he was locked away to start with. He went nuts the moment he sees the House of El crest on Conner’s shirt and starts attacking him violently. The combination of Conner’s unwillingness to fight his twin and the fact that Match has all of Superman’s abilities and strength made it a one-sided fight that left Superboy seriously injured. Now as great as it was that this character was introduced to the series, I once again have my complaints about how he was used. The very title of this episode acknowledges Match’s true origin; he was not made by Cadmus, he was made by an organization called The Agenda and he is a clone of Superboy, not Superman. It was cool how Match burned the crest on his chest and it was backwards because he did it in a mirror. This was a nod to the way the comic versions mind and body began to degrade and he started to look and speak like Bizarro. The altered origin I can ignore, it is just that there is so much that can be done with Match. In comics, the Agenda kidnapped Superboy and for weeks Match took his place in Young Justice, making very few discernable mistakes. I say the show should have at least dedicated three episodes to this story considering Conner’s relations within the team.

RED SUN = MOLE? Once again, we come back to the concept of a mole which I still believe exists on the team. Last week, we had M’gann submitting to Queen bee in order to protect her true identity from her friends. Now we have Superboy, about to attack Lex Luthor, literally shut down for several hours just by Luthor saying “Red Sun.” If he can temporarily “turn off” Conner, imagine what else he can do and how easily he would be able to do it. The episode establishes that Lex can speak to him from anywhere he pleases and the only other bipedal creature he has to worry about hearing it is Superman. That problem is also easily dealt with as The Light has demonstrated the ability to manipulate both teams into being where they want them. Conner is almost undoubtedly the mole and the worst part is that he does not even know it.

So with Match supposedly back on ice, the world and Superboy are safe from his wrath. I don’t think anyone truly believes that though because Lex Luthor knew about Match from the start. He just may not have known exactly where Professor Mark Desmond (now Blockbuster) had hidden him, an issue he just dealt with. Conner may be Luthor’s “son,” but that would also make him Kal-El’s and Luthor knows that will make him difficult to control. He will either find a way to control Match or just let him run loose again to occupy Superboy when he sees fit. More likely the former rather than the latter will happen. I would go so far as to say that the team has two moles, one intentional (because M’gann could just tell the truth) and one not. Hopefully they will not turn out to have a third in Artemis or this team will need new members even more than the Justice League does.

Oh you thought it couldn’t happen because I love this show, huh? Well, it’s here, but oddly enough, you are half right; this rage is really directed at Cartoon Network for dragging their asses on this great show. If you pay attention to the dates that come up, it marked Thanksgiving as November 25th. I am not even sure why, but that immediately did not sit well with me. So I took a look at a calendar and Thanksgiving falls on the 22nd this year. I looked back and last year it was the 24th. So daring to look back I found that the date that this episode takes place in terms of the story is November 25, 2010! Kinda makes sense because the show began on July 4, 2010 with the Independence Day episode. I don’t blame the makers of the show because I know the episodes have literally been sitting around, waiting to be aired. If you bother to look, you can see clips form Season two already. This is Cartoon Network’s fault and they need to stop delaying this show and just let the episodes play. 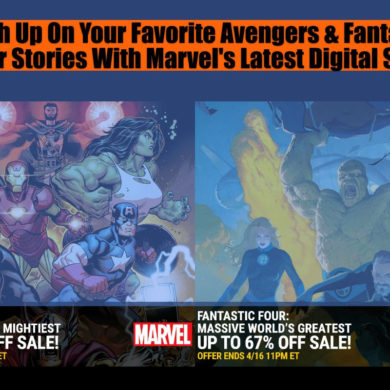