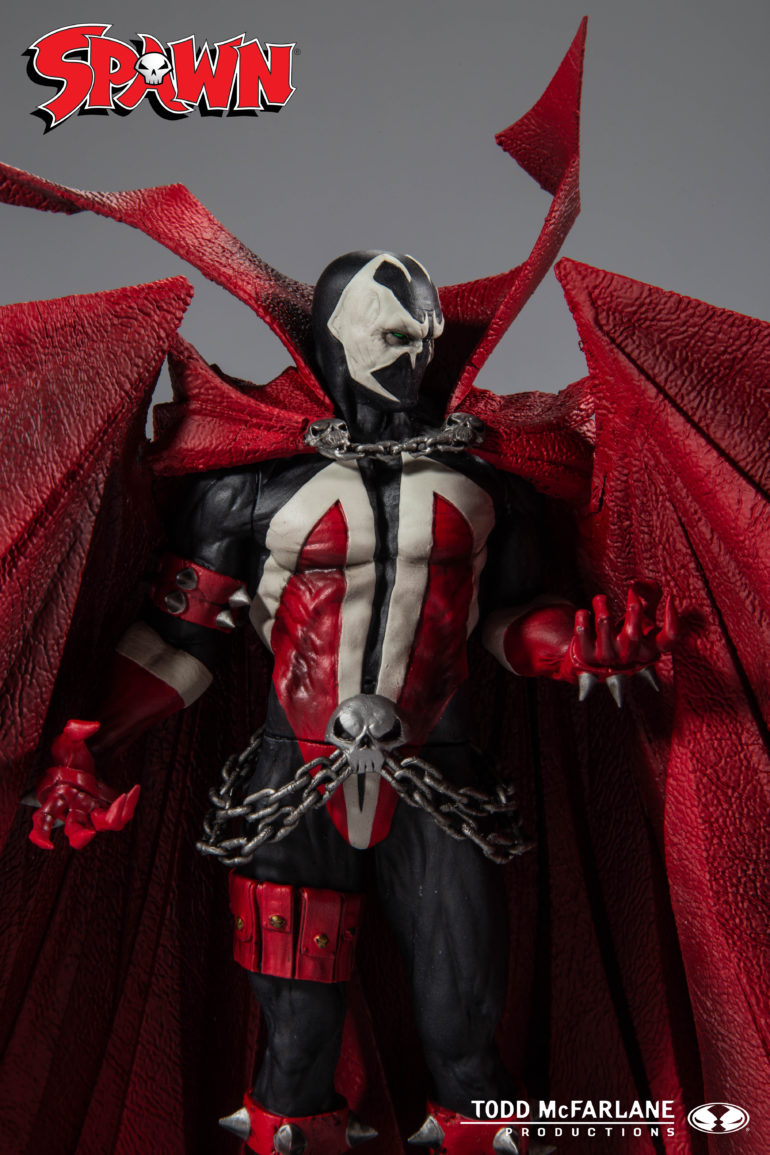 A few days ago we shared the news of the McFarlane Toys Kickstarter for the remastered Spawn figure that we saw at Toy Fair aptly title Spawn Masterworks. At the time we published the piece and backed the project the Kickstarter had already met and surpassed its $100,000 goal.

As the days passed many wondered how much would the final totals be and when I saw it hit the $500,000 mark I knew that not only were we seeing something historic for comic fans to talk about but that the Spawn fanbase is just as passionate now as it was when the character debuted in the '90s.

Now we're looking at $1 million+ milestone for McFarlane as well the proof that Kickstarter campaigns for independent action figures are viable. This accolade adds to the many Todd has earned with Spawn over the last year including Spawn's 300th issue and Guinness World Record milestone.

While Hasbro proved this approach works with their specialty crowdfunding campaigns there is an asterisk with that success since Hasbro is also a multimillion-dollar company that didn't even need to do crowdfunding for Jabba's barge or Unicron from Transformers. In Hasbro's case and in my opinion, all it proved that collectors are willing to pay a high premium for limited specialty toys when done right and marketed correctly.

With 27 days to go and the incredible financial success of the campaign has led to the first wave of stretch goals in celebration of the $1 million dollar milestone. Here are the BONUS extras you will receive depending upon your pledge level:

All Rewards (whether a single figure pledge or the 3-Pack Trilogy pledge) will now come with a FREE set of extra hands. These hands can be used to hold the weapon(s) that come with your pledge. All Rewards that include an autograph come with two weapons, while the non-autographed single figures come with one weapon.

RAGE Works is proud to be part of this campaign and we look forward to seeing what McFarlane Toys does with this campaign once it is completed. Who knows! Maybe we'll be talking about a $2 or $3 million milestone by the time it's all over. Keep it locked to RAGE Works for more coverage of this ongoing campaign.

Did you back the project? If you did let us know what stretch goals you would like to see either here or on social.