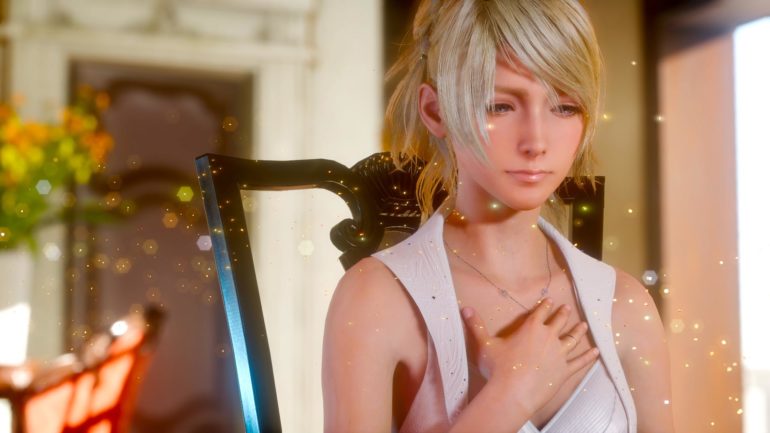 The 30th Anniversary celebration of Final Fantasy continues! It looks like Square Enix has really been in party mode this year and now they want to bring it to the fans. What better way to celebrate a successful thirty-year run of a video game franchise. . . than with wine?

I guess Square Enix thinks we are all drunks (I mean, sometimes). They employed a Swiss Château for these special runs of “Shiva Blanc” and “Ifrit Red.” I did a little research into this because the white wine is a 2015 and the red a 2016. You know, the cheap stuff. I am no wine connoisseur but I know the price is determined heavily by the year and one or two year old bottles are the stuff you find at the corner liquor store.

For what Château de Bois charges at most about $20 for, Square Enix expects us to pay $55. Château des Bois is a Swiss vineyard, so their prices are in Swiss Francs. On Swiss franc is about $1.04 US. As much as I love Final Fantasy and a good toast, I think Noctis and I are gonna relax with a good ol' fashioned Alabama Slammer or a shot of Tequila.

Here is the official press release with links to the wines should you wish to purchase them:

Ifrit Rouge is a 2016 Château des Bois red wine with hints of strawberry and other freshly picked fruits, named after the classic FINAL FANTASY summon associated with fire. Shiva Blanc, taking its name from the legendary ice summon, is a well-balanced 2015 Château des Bois white wine that pairs favorably with a wide range of cuisines. Each bottle features a label and foil adorned with the FINAL FANTASY 30th Anniversary logo as well as a box featuring the art of the summon for which the wine is named.

Information and purchase details for these wines is available at The Wine House. Sales are limited to customers 21 years of age or older.