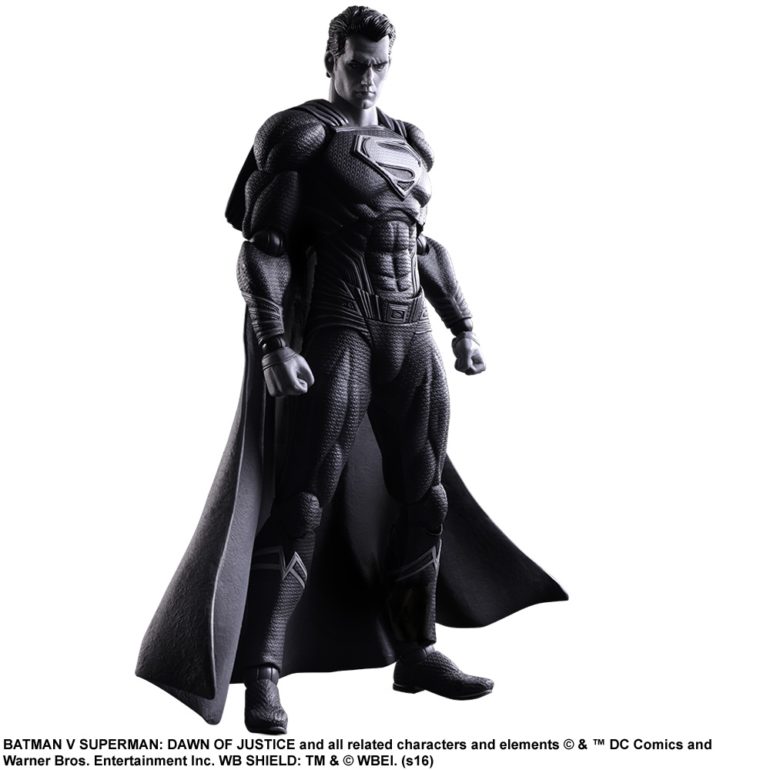 Earlier today, Square Enix unleashead a new figure in its Play Arts -Kai- series. A special NYCC edition, black and white Superman figure based off of current Man of Steel, Henry Cavill. It is a little bit gracious in detail, but we all know that of the Justice League ‘trinity,' Cavill is the one that fills his costume best in terms of physicality.

Fans will not want to wait until October for this one; at $150, this will sell out pretty quickly amongst collectors. If you are loving this, head to Square Enix right away to pre-order this badboy.

While the press release made no mention, note that the pre-order site also has similarly detailed Play Arts -Kai- figures for (Ben Affleck) Batman and (Gal Gadot) Wondr Woman. The Wonder Woman figure is especially amazing.

Being a collector is a struggle; prepare life support for your pockets.