Tales from the Borderlands Live At Pax Prime 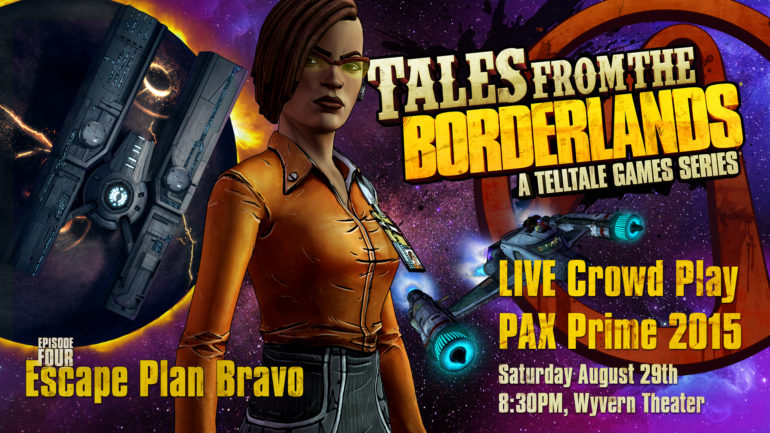 If you have been dying to get your hands on episode four of Telltale Games' Tales from the Borderlands then you had better get to Pax Prime! On Saturday, August 29 at 8:30PM, Telltale Games is going to play the upcoming episode in front of 500 fans and it will be the audience that tells them what decisions to make. Please be advised that Pax Prime takes place at the Wyvern Theatre in the UK, but if you can get there, you know what Shia LeBouf says! The official release date for Episode Four has not yet been announced but we will share that information as soon as it becomes available!