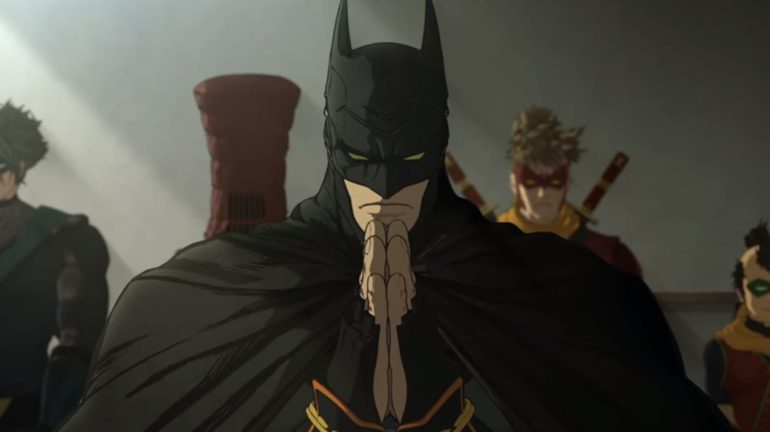 Batman Ninja was showcased recently at NYCC 2017 and while video from the presentation did not make it online at the time there was a lot of interest from fans including yours truly based on the descriptions and breakdowns circulated throughout the web. We've seen some of our favorite heroes and villains in anime form and while the results have been hit or miss it shows there is an interest in seeing Marvel and DC heroes and villains in this medium. Batman Ninja hopes to plant its flag as one of the good ones.

The film finds Batman, The Joker and other iconic characters from the DC Universe traveling back to an era where ninjas and samurai were the norms. The character designs go from the visuals we are used to for Batman, Robin, and others into something along the lines of Ninja Scroll and the results are definitely worth checking out.  See it for yourself below.

Batman Ninja will be released in Japanese theaters and on Blu-ray/DVD through a collaboration by DC Entertainment and Warner Bros. Japan next year.

What do you think of this new take on the Dark Knight?