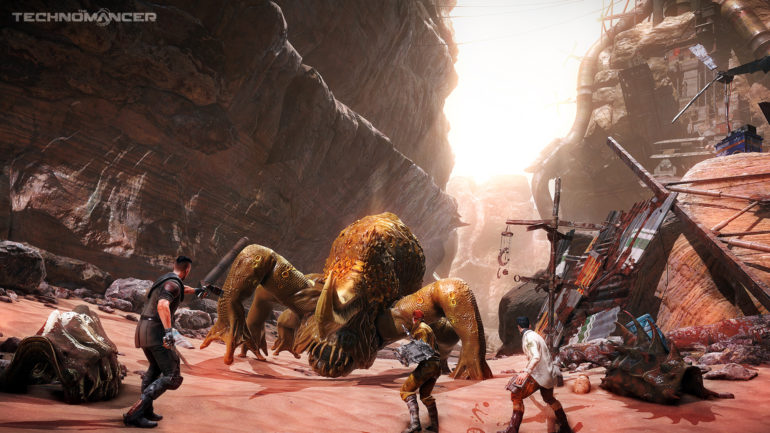 The Technomancer is probably goingto be one of, if not the best game this year that gets slept on by the masses. Developer Spiders has been working on the title for some time and R.A.G.E. Works has been following them closely. The combat system reminds me of a mix of games like Batman: Arkham Asylum and Demon's Souls. The passive gameplay and story elements hail back to classics like KotOR, Jade Empire and Mass Effect. As The Technomancer, your choices affect your reputation with your crew and with the populace of Mars. Players will have to balance both their abilities and their personality as they make their way through a minimum of forty hours of gameplay. That alone makes me think this game will be extremely satisfying and probably have multiple endings. You had better believe that there will be a review of the game shortly after it releases right here to confirm or dispel my current feelings on the game.

The Technomancer makes his debut on PS4, Steam and Xbox One on June 21 via Focus Home Interactive.