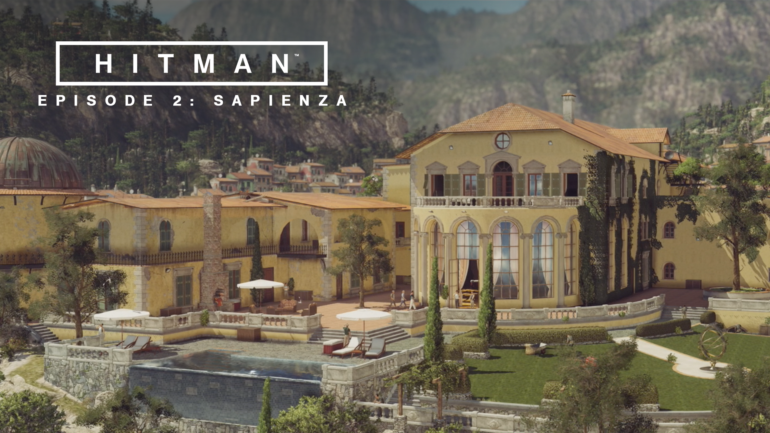 Hitman goes Mediterranean next week as episode two of the new title debuts. Diana Burnwood has a new target for Agent 47 which will take him to Sapienza, Italy. You would think that a bioengineer would would be the last person to end up as a target for assassination. Unfortunately for Silvio Caruso, he has become so good at his job that he can be a danger to the entire world. The man himself wishes to do good with his creation; he wants to give power to the powerless. However, a company called Ether (may be spelled differently in game) wants to control what Caruso has made: a DNA-specific virus capable of targeting anyone in the world. The potential for such an unstoppable weapon is horrifying. It seems that 47 will need to prevent such a thing from seeing the light of day by erasing its creator.

This of course is only your main target in the area. Just like what happened in Paris, there will be many other contracts to deal with in different ways. So far, making this game episodic has been a good thing; still I will reserve full judgement until the final episode is out. I just hope that at some point, I get to take out the mime I saw in the trailer. I know that sounds awful, but no one likes mimes.