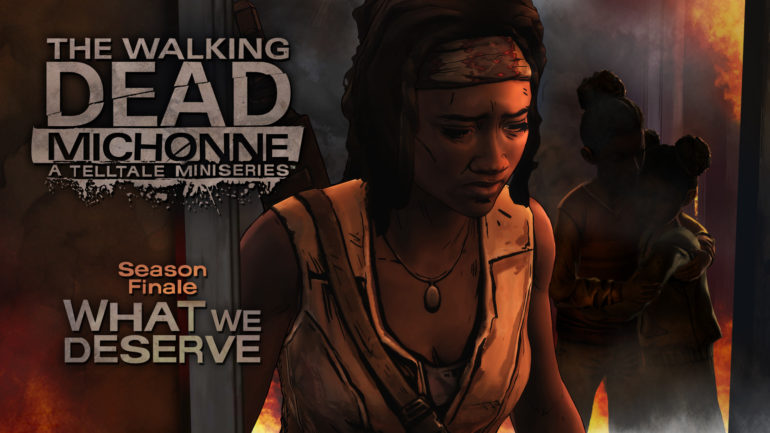 The Walking Dead: Michonne has been a fast-paced tale in Robert Kirkman‘s comic series. Perhaps the most famous original character next to Rick Grimes faces her biggest personal threat since The Governor. How you chose to deal with that threat (Randall) will determine how the finale plays out. One way or another, danger is headed towards Michonne and her companions. They are outnumbered, outgunned and short on options. Michonne herself is in a bad way, both physically and mentally and there is no time for anything but action. If you have played through season two of the game (Clementine‘s story), episode five is probably the way this finale is going to play out. Bullets, bodies and bad decisions will be the order of the day. Next week, we will find out if anyone lives though this nightmare. The following trailer is spoiler heavy if you have not played the game yet.

The Walking Dead: Michonne concludes next Tuesday, April 26. The R.A.G.E. Works SlickStream will play through the finale in its entirety next Tuesday evening.