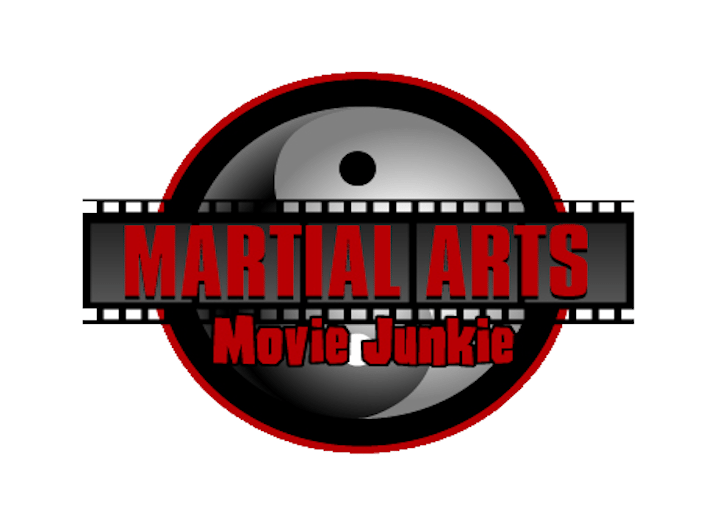 We have always delivered great interviews via MTR Beyond The Mic and MTR Behind The Mic but we realized that we needed a way to provide interviews on the site for guests that were unable to come on air. I decided to launch our new interview series The Third Degree and I am happy to have Kelly Miller from Martial Arts Movie Junkie as our first interview. Time to give Kelly The Third Degree.

RW: What inspired you to start Martial Arts Movie Junkie?

KM: To be honest with you, I kinda made the site because it was a lot easier to share trailers and information with my friends that way. It's hard for people who have never heard of “Ong Bak” or “Ip Man” to remember titles and check them out later. Plus, it was pretty tough to find a lot of reliable websites that kept you updated on your favorite films. So, I guess it really comes down to the fact that I wanted to share my excitement of martial arts films with others.

RW: How do you juggle day to day work and still get content out?

KM: There are days where I look back at what I did and wonder the same thing. I guess it's all about managing what you can and staying on top of things. My job takes up most of my day and I don't have the luxury of typing something up while I'm at work, so I'll see what's new for the day and throw in my 2 cents about the topics I think will resonate with people the most. Some days my 1 post a day rule is hard to carry out while other days I have to combine everything into one big article because so much is happening.

RW: In addition to the site you do Let's Play on YouTube. What are you playing now?

KM: I'm actually pretty impressed that you know about the let's play channel, haha. I originally created it for the site (hence the name MAMJ Let's Play) but quickly realized my scope was too small to do anything fun with it. A lot of people like to see me panic in scary games (I really don't like playing them) so I try to juggle that and some random ones that I come across. I've started the Evil Within and I really want to do a playthrough of Sleeping Dogs as well. That channel has only been around for a year, so it really doesn't have a distinct identity yet. Hopefully it provides a fun distraction for people that need a little something extra in their day.

RW: The style of martial arts films has evolved substantially. What are your thoughts on the genre and your likes & dislikes.

KM: There has been a lot of evolution in the industry, that's for sure. At the same time, I feel like nostalgia does play with our perspective on things a lot. Modern films rely too much on quick cuts and shaky-cam to disorient the viewer while older films could pan back and show too much. Nowadays, you'd get criticized a lot if people were just moving in the background and waiting their turn to attack, for example. I really like when there is a nice fusion of old-school and modern filmmaking, like with the Raid, but I can appreciate a good story as well. I think the thing that irks me the most right now besides shaky-cam is the overuse of CG effects and 3D. They're really not needed and I think it's more interesting to focus on what the actors are doing instead of just having a ton of fancy effects on screen.

RW: Which martial artist besides Bruce Lee impacted the martials arts genre in the states?

KM: If we are strictly speaking about martial arts, I'd probably have to say Jet Li. It took me a long time to really appreciate his films because most of them use too much wirework for my tastes, but it eventually just clicked for me. I would say that Jackie Chan is always one of my favorite stars in martial arts cinema, but Jet showed everyone what true martial arts looked like.

RW: Who is one martial artist that fans should watch out for?

KM: I guess if I have to go outside your typical response and pick someone new, I'd go with Alain Moussi. He's a really talented guy and I'm glad that he finally has a chance to shine as the lead in the Kickboxer remake. I think a lot of people should pay more attention to the indie scene as well. There are tons of really talented guys and gals that rival the biggest stars in the world. Just do a quick search on Youtube and you'll see how many amazing teams there are out there.

RW: Name three films you would recommend to someone looking to start watching the genre?

KM: If someone is just starting out with the genre, I'd like to cover as wide of a range as possible. I'd probably tell them to start with Police Story so they can see why Jackie Chan is really a household name around the world. Next, Fearless would be a great way to show the often overlooked side of martial arts. I think it portrays some very strong messages and enjoy it every time I check it out. Lastly, I would round out the group with one of my favorite Shaw Bros. films: Mad Monkey Kung Fu. Those training sequences are still ridiculous and it's still an all-around great film to watch.

RW: Name three films that you dislike and where they went wrong?

KM: That's a tough one. I'll go ahead and just put remakes in one category so I don't end up bashing only those films. I really feel like remakes are cheap cash-outs and that there isn't a single one that made me appreciate it more than the original. Sure, it's hard to overcome an idea that's already been established, but why try so hard to do it in the first place? There's tons of great movie ideas out there that haven't been created yet. It just takes the right people to get together and make something really special. Of course, they'd probably remake that idea later anyways, haha.

My second choice would be Man with the Iron Fists. I know that some people will call me out because I'm not a huge fan of the RZA to begin with, but that movie was the culmination of what you don't want to do with an action movie. Some people thought it was a parody while others saw it as a tribute. If your audience doesn't know how to take your film, what can you expect? Regardless, the older films it paid homage to were great because they had one or two cheesy elements in them. When you take every aspect of generic martial arts films and cram them into one film, you'll end up with a cheesy mess that only a select few will enjoy.

For my final pick, I'm going to say True Legend. This movie was a letdown for me because I was so excited about it. Yuen Woo-ping was going to tackle the character that his father made famous. I was sure the action and choreography would be stunning, and then it became a 3D film. That would have been fine if that was my only gripe, but the movie overstayed its welcome by a longshot. Without spoiling the film for those that haven't seen it, there's a very distinct spot in the film where you think it will (and should) have ended. Instead of saving story for a sequel or even a trilogy, you get a rushed second arc that feels way out of left field. I really wish more time was taken with the story because I still think it could have been something amazing.

RW: Who are your favorite martial artists?

KM: I really like how Donnie Yen infuses almost a personality into his fights. Regardless of the film and the style he is using, you can always see traces him in those movements. Another talented martial artist that I enjoy seeing Marko Zarror. He's very skilled at what he does and I don't think he gets enough recognition for his feats. Hopefully his upcoming film will open some eyes to what he's really capable of.

RW: Do you feel there is a void of female martial arts movie stars?

KM: Oh yeah, for sure. I think it's much tougher for the ladies to get recognized for their abilities, let alone star in a feature film. When they do get the chance, you almost always see them in some tired plot that we have all seen to death. I really hate that the industry feels like they need to get female stars dressed in skimpy outfits or try to work in some shower scene or something. What would really sell a movie is a trailer that shows you how amazing women can be. I almost feel like we have devolved in this area of the genre, and I hope that future scripts and films put women in a better light as well as give them a chance to show them they are just as hard-hitting and talented as their male counterparts.

RW: Have films like the Raid revitalized the Martial Arts movie genre once again? Would you consider it a game changer since a film of that caliber has not happened in quite some time.

KM: I think in the small scope of things we feel like the Raid was a huge accomplishment. Sure, there hasn't been a film that's blown up like that in a while, but I still know a lot of people who have never heard of it. Martial arts can be hard to sell because people don't know what to expect. You'll have the hardcore fans enjoying the film and the sequel while others will attest that the Raid 2 is more of a pure action film than a martial arts film. Where you draw the line for what is martial arts is and action isn't is based on your own experiences. For some there has been elements of martial arts in Hollywood films like the Bourne Identity and Captain America. For others, it's a little less clear.

RW: Do you think the late Brandon Lee would have achieved the same iconic status his father had if he had not passed away so soon?

KM: I would like to say that he would have, but it's hard to determine where a person would have gone in their life if it wasn't cut so short. His death, much like his father's, was very tragic and happened far too soon. It would have been interesting to see where he took his ideologies and how he set himself apart from his father as the years went by, but all we can do now is wonder.

Learn more about Kelly and Martial Arts Movie Junkie by heading to the following links: