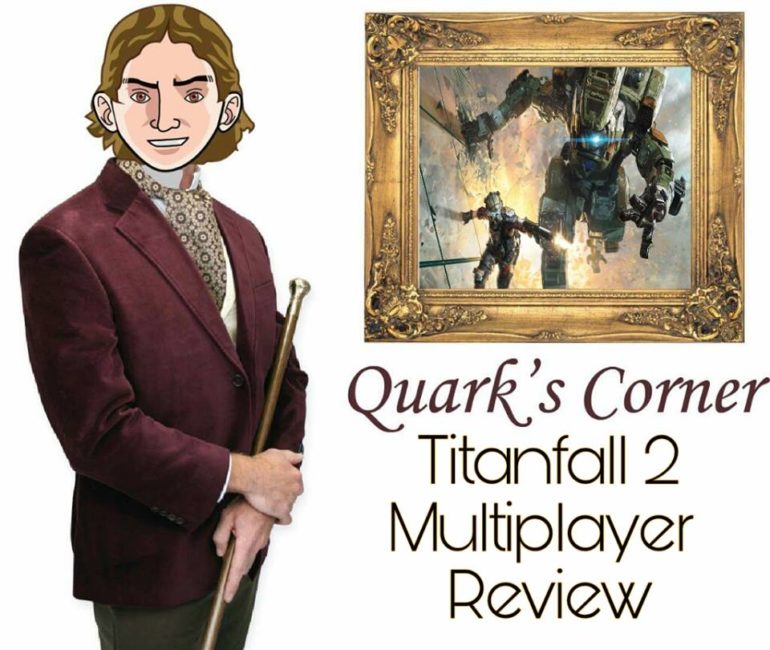 Titanfall 2 corrects the mistake of its predecessor and now has a single player campaign. This isn't just a tacked on single player and the scores for the campaign have been great. However, you aren't buying Titanfall 2 for the single player. No one is going to spend sixty dollars on a five to six hour campaign mode. The real lasting power of Titanfall should be in its multiplayer. Clearly, Titanfall 2 has a stable foundation considering the last entry relied solely on that component. Lets see how the Titanfall 2 multiplayer stacks up against the competition.

Let me make this clear, I love the original Titanfall. Released in 2014, I felt it revolutionized the online shooter. And it did. Halo and Call of Duty both took inspiration from the game's movement abilities. However, I felt the game wasn't worth $60. The game only became great once you could get the game and all of it's DLC maps for less than $40. It was the overall lack of variety that made me grow tired of the game. But if I had to rate Titanfall 1 and Titanfall 2 on game-play alone, they would both get five stars. With that said, we now move on to the Titanfall 2 multiplayer, which has fixed some of the mistakes of its past, without addressing the main issue behind it all.

Prepare for Titanfall…on the same map

Three hours into playing and I'm saying,”This map again”? Once you say that, there's no going back. Titanfall 2 has been getting universal praise for not having a season pass as all of the DLC maps will be free. That's fine, but the Titanfall 2 multiplayer has only nine maps. Compared to Titanfall 1's fifteen maps at launch, DLC maps almost have to be free just to equal that of the original. The lack of maps is a slap in the face. Respawn made Call of Duty 4 almost ten years, and that launched with almost double the maps. Typing “Titanfall 2 maps” into Google just shows articles praising the free DLC. How is no one else angry over the lack of maps!

The maps also have a serious problem in terms of game-play mechanics. The original Titanfall's maps catered to pilots just as much as titans. Now, the maps cater to no one. Some maps feel too large where pilots can be sitting ducks with no means to escape. Others feel claustrophobic where titans bunch together in a lane and stare down at each other. As a pilot, you no longer feel equal to the titans when they are engaged in large scale combat on a flat battlefield. Titanfall 2 has less options for wall running, making it so the pilot cannot move around as quickly. It makes it so you need to be in a titan just to be competitive in 1/4 of the stage. 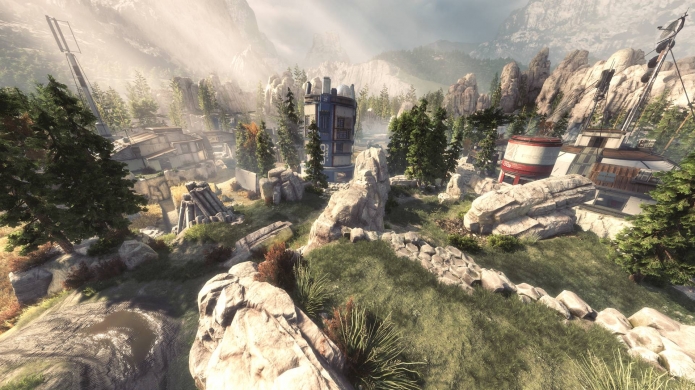 After all this doom and gloom, you must think I hate the Titanfall 2 multiplayer. The opposite is true as it has an incredible foundation. I said before that the mechanics are still great and maybe even better than before. While wall running has been stripped from most of the maps, your pilot now has more ways to get around thanks to abilities. You now have the option to equip a grappling hook, cloak, or speed boast, just to name a few.

All of the abilities work wonders, but I do have an issue with the speed boast and the cloak. The two are just overpowered. The cloak can be used way too often and works too well. On a large map, it's genuinely impossible to see if someone is cloaked while they are moving. By the time you notice they are cloaked, you're already dead. Furthermore, with the speed boast, the speedster is moving way too fast to react to them. I should know, I have yet to be killed while using the speed force.

On the titan end, they removed the ability to customize weapons on titans. Now, there are five different types of titans, each with their own weapons and abilities. While some dislike this change, I found it easier than having to worry about creating a bunch of separate load-outs for each titan set. I can applaud Titanfall 2 for the amount of customization options. Titanfall 1 felt arcadey because of it's lack of weapons and customization options, but Titanfall 2 hits the perfect sweet spot without feeling overwhelming like Call of Duty has in the recent years. If Titanfall 1 is similar to COD: Modern Warfare in terms of customization, then Titanfall 2 feels like COD: Black Ops.

It pains me to say, but you shouldn't buy Titanfall 2 right now. Titanfall 2 has Street Fighter 5 Syndrome, i.e. a great game with not much to do with stuff being added eventually as promised by developers. There's no reason to purchase Titanfall 2 when you can spend less and get Overwatch or Halo 5. The former is bound to be supported with content for years while the latter has an infinite amount of variety thank to its amount of maps.

This article was written on Oct. 31, 2016 and will be updated after maps are released to reflect the most recent condition of the game.