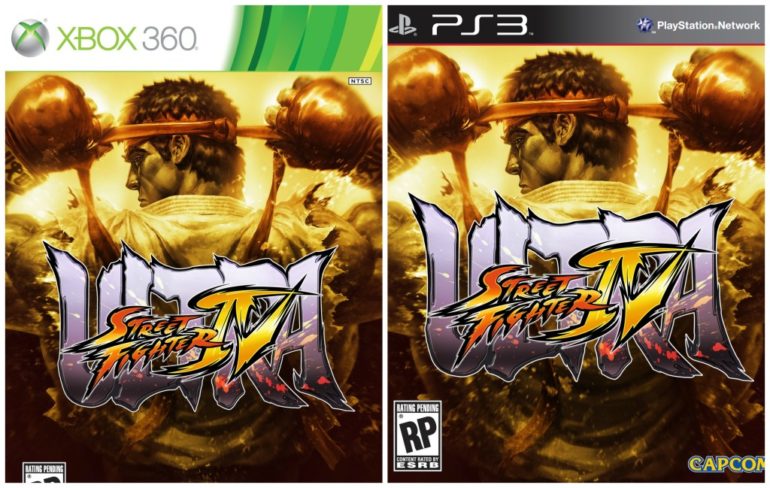 While many fans have been enjoying Ultra Street Fighter IV on consoles via PSN and Xbox Live I personally have been waiting for a retail copy. In speaking with other fans of the series I found I was not alone in waiting for a retail version and I am happy to report that you can pick up a retail copy in stores today.  The MSRP is $39.99 and will give you all 44 characters plus all the previously release costumes from prior Street Fighter 4 versions. Who else is picking this up today?

SAN MATEO, Calif. – August 5, 2014 – Capcom, a leading worldwide developer and publisher of video games, today announced the retail release ofUltra Street Fighter® IV for PlayStation®3 computer entertainment system and Xbox 360 games and entertainment system from Microsoft. The PlayStation 3 and Xbox 360 retail versions are available now across North America for $39.99 SRP, with the full digital bundle on PS3™ offered as a $39.99 download now too. Both the $14.99 PC (Steam) digital upgrade and $29.99 PC (Steam) full digital bundle will be out on August 8th. Players who purchase the retail versions (PS3, Xbox 360) or full digital bundles (PS3, PC) will receive all previously released costumes for the Street Fighter® IV series, making this the ultimate offering!
In Ultra Street Fighter IV, Poison, Hugo, Elena, Rolento and Decapre join the fight, complete with new animations and their own unique play styles, bringing the final roster count to a massive 44 characters. Six new battle environments (including Pitstop 109, Cosmic Elevator, Half Pipe and more) provide a thrilling and colorful backdrop to the action. Direct fan feedback was gathered on all of the original 39 characters from Super Street Fighter® IV: Arcade Edition and the core system mechanics in order to achieve the most balanced Street Fighter® ever. In addition to the action-packed new content and the finely-tuned rebalanced gameplay, the new version features a host of new features and modes that are sure to test even the most well-travelled world warrior.
ABOUT CAPCOM
Capcom is a leading worldwide developer, publisher and distributor of interactive entertainment for game consoles, PCs, handheld and wireless devices.  Founded in 1983, the company has created hundreds of games, including best-selling franchises Resident Evil®, Street Fighter®, Mega Man®and Devil May Cry®. Capcom maintains operations in the U.S., U.K., France, Germany, Tokyo, Hong Kong and Korea, with corporate headquarters located in Osaka, Japan.  More information about Capcom can be found on at <gp_link type=”http” loc=”//www.capcom.com”>www.capcom.com or <gp_link type=”http” loc=”//www.capcom-unity.com”>www.capcom-unity.com.Capcom, the Capcom logo, Resident Evil, Mega Man and Devil May Cry are either registered trademarks or trademarks of Capcom Co., Ltd., in the U.S. or other countries. Street Fighter is a registered trademark of Capcom U.S.A., Inc. “PlayStation” is a registered trademark of Sony Computer Entertainment Inc. All other marks are the property of their respective owners.
[/toggle] [/toggles]