Howard The Duck Returns This Fall 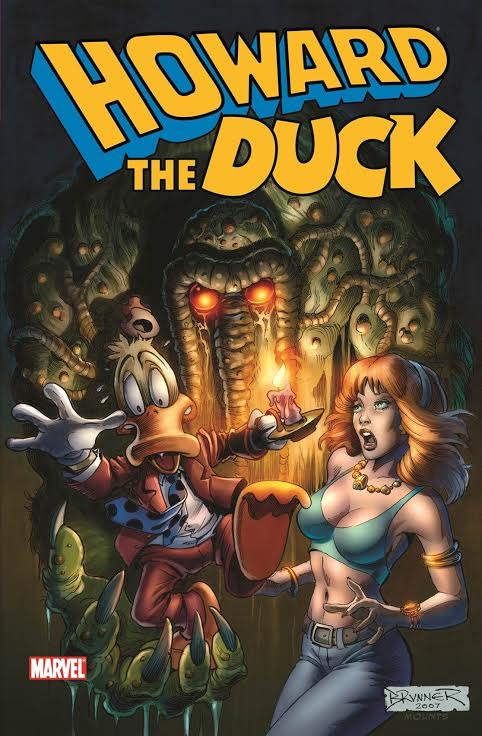 Howard The Duck is back but not with new stories unfortunately. Marvel recently announced the release of a Howard The Duck hardcover omnibus. Fans will get a full collection of stories including his appearances in the Man-Thing series. I am sure we'll be seeing a lot more of Howard in the coming months due to some recent press he's received. Get your hands on this omnibus this October at your local comic shop or book store.

HOWARD THE DUCK OMNIBUS Returns For a New Printing in October!

New York, NY—August 05,, 2014—Get down, America! From the far reaches of Duckworld – he has returned! That’s right, the Master of Quack Fu takes center stage when the Howard The Duck Omnibus Hardcover returns for a brand new printing! Experience the groundbreaking adventures of this wild waterfowl all over again, or for the first time ever when these iconic Marvel stories return to print this October! Collecting stories from Adventures Into Fear #19,Man-Thing #1, Giant-Size Man-Thing #4-5, Howard the Duck #1 – #33, Marvel Treasury Edition #12 and Marvel Team-Up #96, no fan can afford to miss this essential piece of Howard history!

Created by Steve Gerber and Val Mayerik in 1973, Howard the Duck would go on to become a staple of the Marvel comics of that era. Born on a planet populated by talking waterfowl, Howard the Duck found himself trapped on a world he never made: ours! The archetypal outsider, Howard waddled his way through the Marvel Universe for years armed with nothing but his razor-sharp wit. Now, explore every one of these groundbreaking original stories as they take you from Duckworld to our world, in a Howard the Duck experience like no other!

Strap in for wild ride that celebrates the best of the foul-mouthed fowl when the duck comes home to roost in October for a new printing of the Howard the Duck Omnibus Hardcover!

For more on Howard the Duck and the history of Marvel, stay tuned to Marvel.com/75 for articles, milestones, galleries and more celebrating Marvel’s 75th Anniversary – featuring your favorite characters and creators.