Fan-favorite Voldo returns to the stage of history in SOULCALIBUR VI with his signature style and maniacal moves. Voldo is a long-time character in the SOULCALIBUR franchise, being one of only five characters to show up in every main installment of the SOULCALIBUR series. 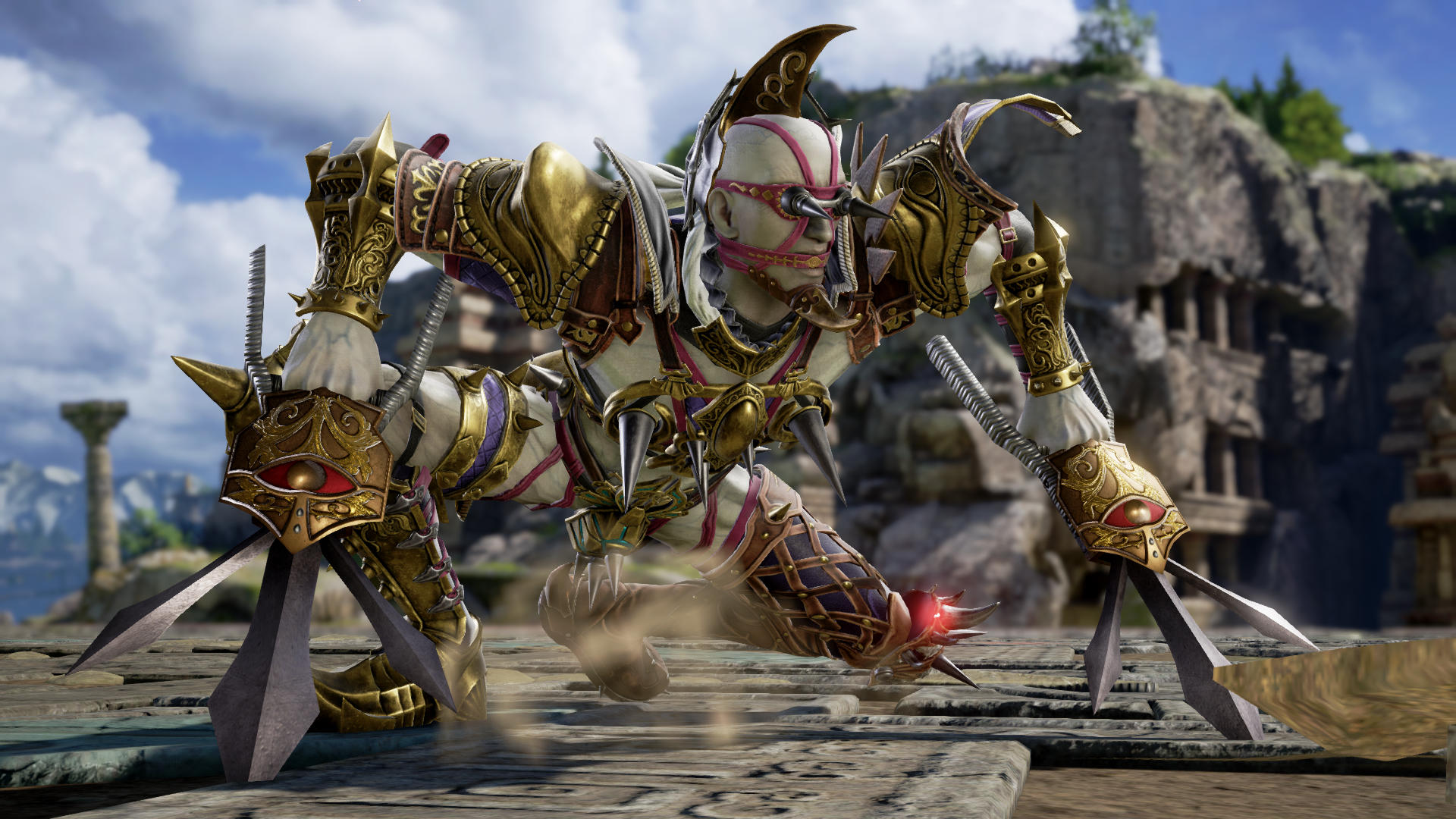 Voldo was the right-hand man to Vercci, an arms dealer with the nickname “Merchant of Death”, and was tasked to protect the Money Pit, where all of Vercci’s treasures were kept after his death. After spending years in the dark depths of the Money Pit, Voldo lost his eyesight but gained a heightened sense of hearing and awareness, making him extremely deadly to those who dared to enter the Money Pit in search of riches. 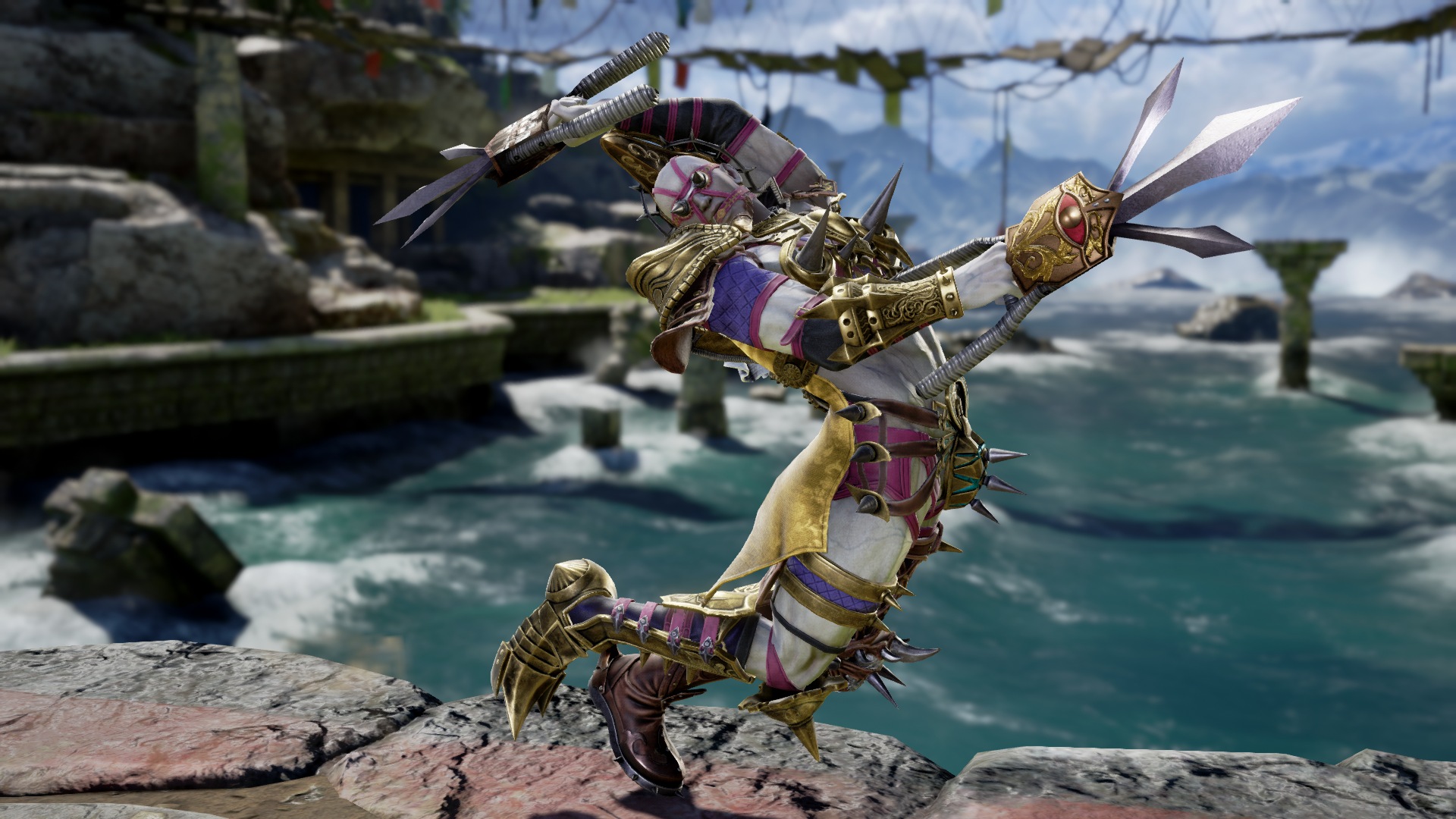 Voldo’s fighting style is unmatched, as he contorts his body in unnatural ways and can even attack backwards, making him unpredictable and deadly in battle. Both longtime fans and new players will enjoy the exotic gameplay that accompanies this distinctive character in SOULCALIBUR VI. 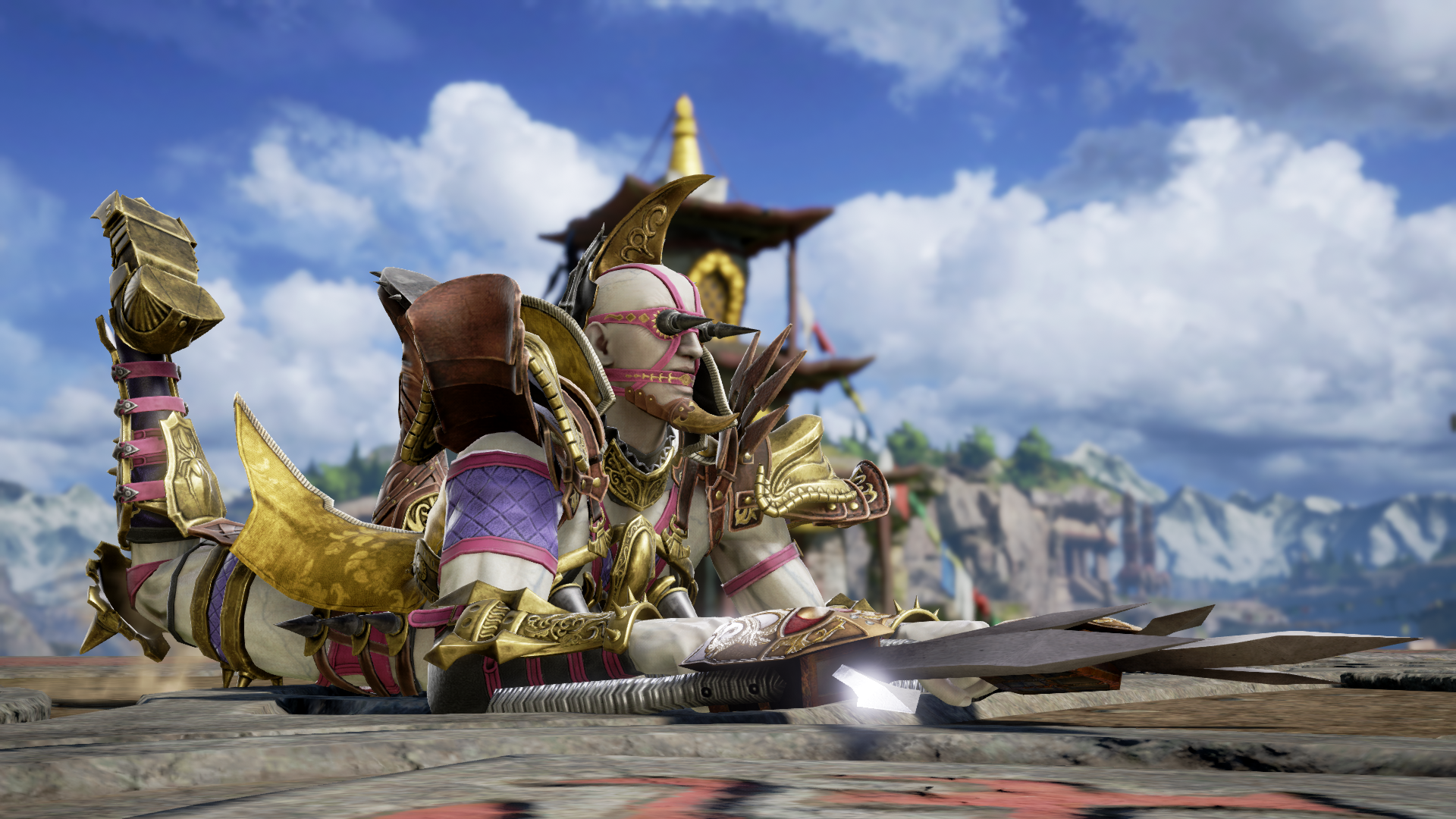