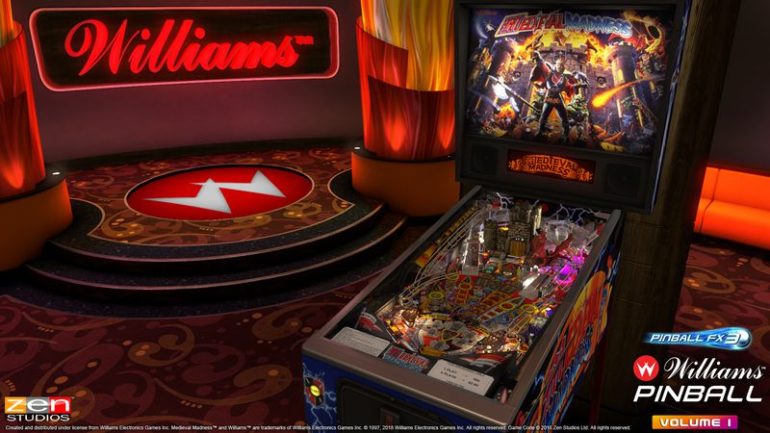 It was nothing but doom and gloom for virtual pinball fans after FarSight studios lost the rights to a majority of their pinball tables. There was a hole in my bumper-shaped heart, with my favorite tables such as Bride of Pinbot, Medieval Madness, and Twilight Zone seemingly lost forever. Fortunately, Williams and Bally pinball tables will now be produced by Zen Studios.

For the unaware, while FarSight's The Pinball Arcade seeks to bring authentic pinball to the digital frontier, Zen Studios' Pinball FX 3 has always sought to merge the two genres, by making pinball more “video-gamey”. The first few titles of tables to drop from Williams into Pinball FX 3 are Fish Tales, Junk Yard, Medieval Madness and The Getaway: High Speed 2. According to Zen Studios, the company has the rights to the entire Williams and Bally library, with these and many other tables dropping soon.

The Williams Vol. 1 table pack is currently available to Beta test on Steam and will soon be available on most major consoles “soon”, with a review coming shortly after that.