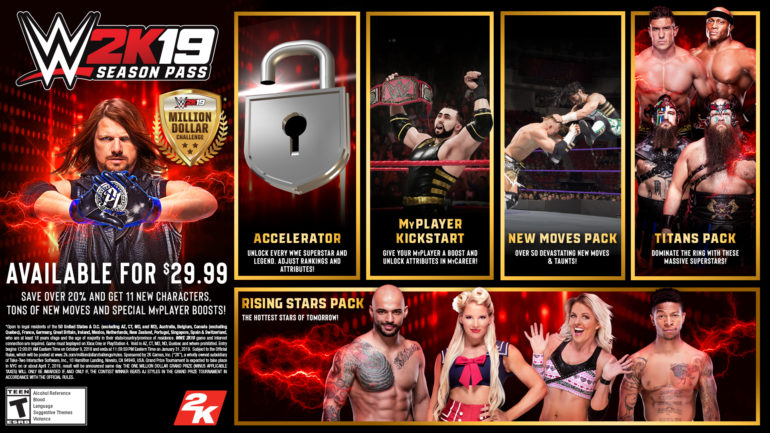 We are a few weeks away from WWE 2K19 hitting consoles and PC and while we know which superstars will be squaring off in the virtual squared circle many of you have asked about DLC offerings and details on the game's Season Pass. We got some updates from our friends at 2K breaking down all the DLC heading your way through 2019. So what are we getting?

If you opt to get all the DLC mentioned above you can save some money with the WWE 2K19 season pass for $29.99.