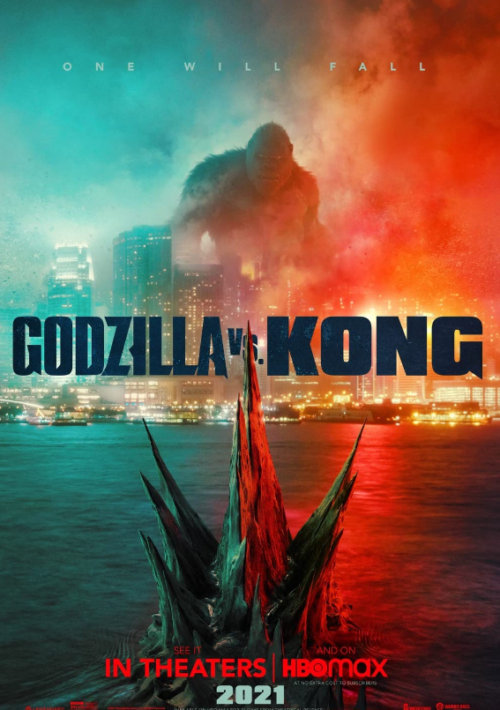 The long-awaited confrontation, Godzilla vs. Kong, is nearly here. Warner Bros. and Legendary Pictures bring us the first trailer for the biggest prizefight of the year! This will be one of many first-run movies coming to HBO Max this year on it premiere date.

Plot Synopsis: Legends collide as Godzilla and Kong, the two most powerful forces of nature, clash on the big screen in a spectacular battle for the ages. As Monarch embarks on a perilous mission into fantastic uncharted terrain, unearthing clues to the Titans’ very origins, a human conspiracy threatens to wipe the creatures, both good and bad, from the face of the earth forever. -via Warner Bros.

1st Impression: The primary complaint in the first Legendary Godzilla movie was the lack of monster screentime. Both Kong: Skull Island and Godzilla: King of Monsters remedied that. Godzilla vs. Kong aims to stand atop all previous monsterverse films. By itself, the right hook Kong gives Godzilla gives that impression. March 31st cannot get here soon enough.

My Take: Rich and I are huge Godzilla fans and this trailer spoke to us. In just 144 seconds you see Easter Eggs from multiple films including:

There are sure to be even more. The last Legendary film was a love letter to long-time Godzilla fans and the upcoming film looks to continue that tradition. Whether you choose to brave the theaters or chill with HBO Max, don't miss this one. Godzilla vs. Kong brawls for screen supremacy beginning Friday, March 31, 2021.

My “Double” Take (by Slick)

We are now one day removed from the trailer launch and fans are buzzing. I decided to take another look at it to see if I missed anything. Seems that Warner Bros. confirmed the existence of Mechagodzilla in this film with a simple touch:

Circuitry in the logo. Very simple and very ominous. Seems that many have missed this. Well played, WB. Well played indeed. Godzilla vs. Kong already has people chomping at the bit for its release. Who will stand as king at the end? We cannot wait to find out.

Slick Does a Godzilla vs. Kong TRIPLE Take!

Curiosity grabbed me and you I started watching the trailer frame by frame. In an intentionally blurry action shot, you can see the head of Mechagodzilla. The speculation is over; this thing looks just like Legendary's Big G. The lights on its neck seem to confirm that in at least some of the trailer scenes, Kong is not fighting the “real” Godzilla. Even though his atomic breath is a pale blue, his neck seems to glow red in a few scenes. I could pick this trailer apart forever, but we shall just have to wait for the end of March to see for sure.