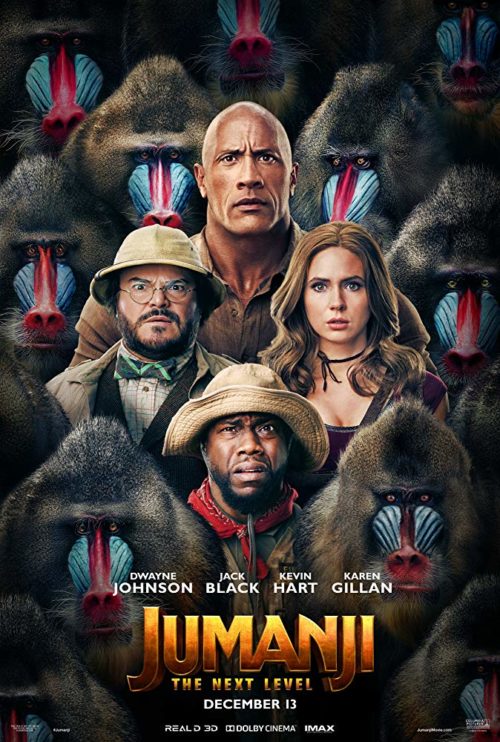 Enjoy the final trailer for Jumanji: The Next Level hitting theaters in December.

Plot Synopsis: Four friends return to Jumanji to rescue one of their own but discover that nothing is as they expect. The players need to brave parts unknown, from arid deserts to snowy mountains, in order to escape the world's most dangerous game. -via IMDB

1st Impression: With Kevin Hart recovered from his traumatic car accident the Jumanji promo train is back in full swing thanks to a Halloween themed skit between Hart and Dwayne Johnson that teased the arrival of this brand new trailer.

The final trailer gives us more body-swap comedy moments plus a bit more plot and the tease that someone is not making it out of the game. I personally think that Devito and Glover are going to steal the show but that's just me. Will this sequel be another hit for Dwayne Johnson and the crew? We'll have to wait till December to find out.

What do you think of the final trailer for Jumanji: The Next Level? Let us know in the comments.