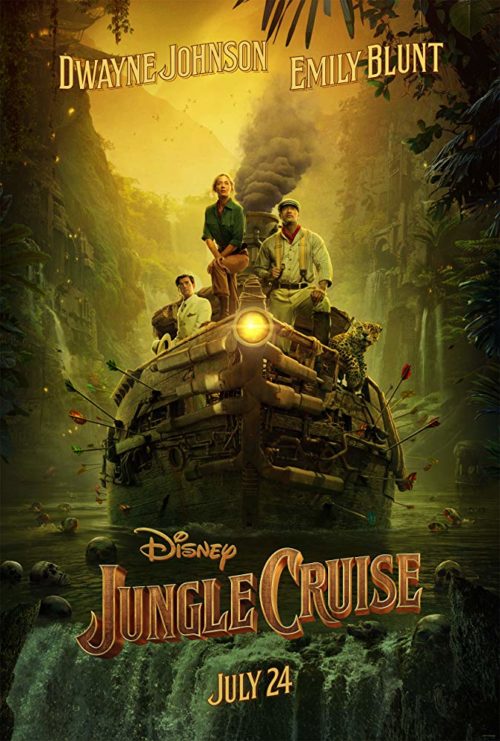 Plot Synopsis: Based on Disneyland's theme park ride where a small riverboat takes a group of travelers through a jungle filled with dangerous animals and reptiles, but with a supernatural element. – via IMDB

1st Impression: Disney draws from its theme park catalog to bring us Jungle Cruise. Jungle Cruise at first glance has a lot of elements that made the Pirates of the Caribbean and Haunted Mansion franchises beloved by fans. Johnson, as usual, embraces a comedic physical role with his usual infectious enthusiasm much like he did in Jumanji and opposite Emily Blunt the dynamic works extremely well as Blunt is quite capable of being amusing and charming.

The film's summer 2020 release is positioning it to be another summer blockbuster for Disney while also giving Dwayne Johnson another box office blockbuster for his resume.

I am looking forward to seeing if Jungle Cruise truly has the box office magic the Pirates of the Caribbean franchise had. We'll find out next summer.

What did you think of the Jungle Cruise trailer? Does it have the makings of another box office hit for Disney? Let us know in the comments.