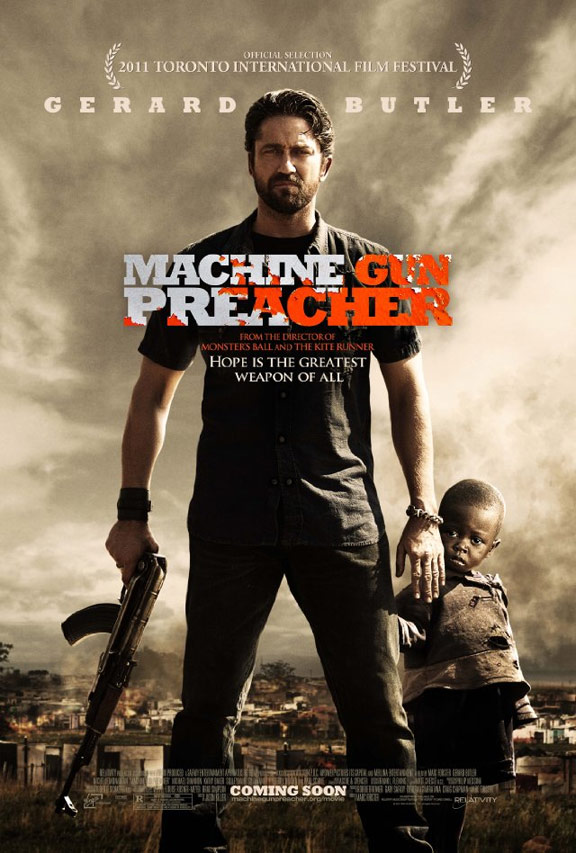 Just when I thought Gerard Butler was sullied by being in terrible romantic comedies he comes along and knocks it out of the park with Machine Gun Preacher. Machine Gun Preacher looks like a very powerful and inspiring film that will surely be a hit for action buffs but also for those looking for a deep story. I am sure some with more traditional religious leaders will frown upon this film but I feel that instead of focusing on the role focus on the message. Will you guys be checking this out?