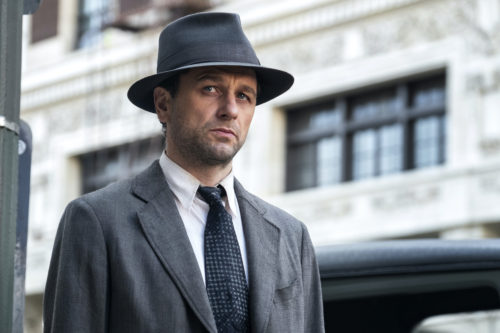 Plot Synopsis: Based on characters created by Erle Stanley Gardner, this drama series follows the origins of American Fiction’s most legendary criminal defense lawyer, Perry Mason. When the case of the decade breaks down his door, Mason’s relentless pursuit of the truth reveals a fractured city and just maybe, a pathway to redemption for himself

1st Impression: HBO has always had a high success rate with its dramas, and when I heard they were going to tackle the iconic Perry Mason, my curiosity was genuinely piqued. The first trailer for the series gave us a glimpse at how Matthew Rhys plans to tackle the role of the iconic attorney. As someone who remembers the Raymond Burr Perry Mason, I liked that Rhys version of the character has a bit more of an edge and as well as a smooth noir detective vibe. The stellar cast shows even more promise with a who's who of actors with plenty of award credentials under their belt, including John Lithgow and Orphan Black's Tatiana Maslany and the always entertaining Shea Whigham.

So far the initial trailer checked off a lot of positive boxes for me and has me invested in given this new version of Perry Mason a shot.

Perry Mason premieres June 21, 2020, at 9 PM ET on HBO. To learn more about the Perry Mason series you can head here.