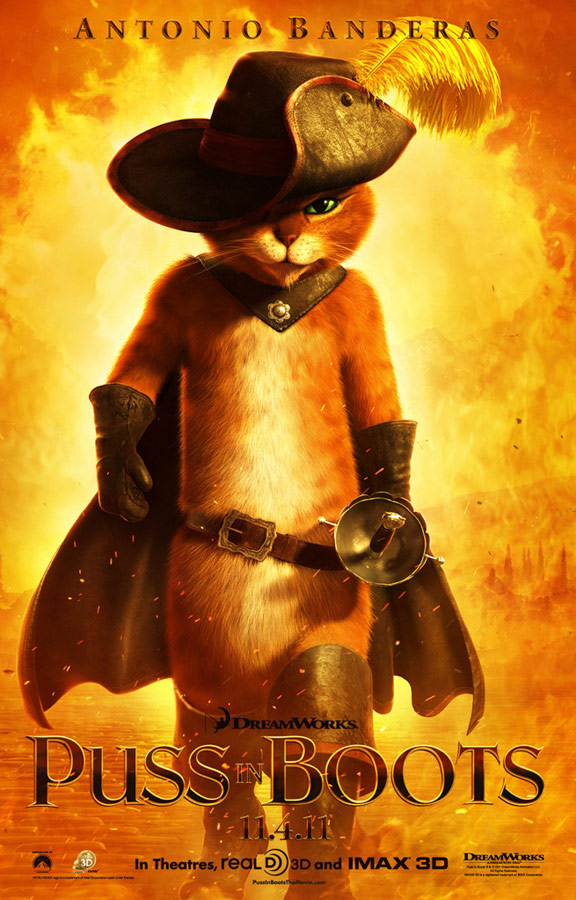 After posting the teaser awhile I back I was beginning to wonder if we would get an official trailer any time soon. Looks like DreamWorks has a new franchise to milk dry now that the Shrek films have concluded. Puss in Boots was destined to get his own film as soon as he appeared in Shrek due to the appeal the character had with children. At least it’s not a Gingerbread Man film .