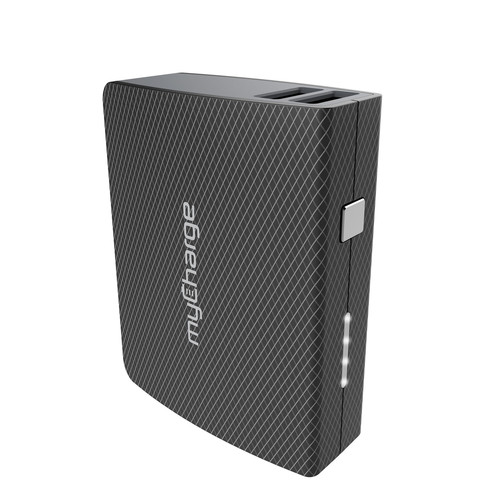 The myCharge AmpMax is a 6000mAh portable charger capable of charging multiple devices.

The AmpMax comes equipped with a 2.4A output that is capable of charging two devices simultaneously with a storage capacity that provides over 45 hours of power.

I would have liked to have a power supply for the ability to charge via an outlet. While I appreciate the small footprint, a wall charging aspect would have been a nice touch.

As more of us carry phones, tablets, wireless headsets and other power-hungry accessories, the sheer need of having to fight for outlets makes this a great purchase. The $39.99 MSRP is fair and being able to charge two devices is a huge plus. The integrated USB port makes it easy to plug into any PC, Mac or laptop to charge the battery. Need!

I honestly never thought I would need a battery pack for any event coverage, but the AmpMax has proven a lifesaver on more than one occasion. It proved useful en route to an event where I forgot to charge my Sony RX10 and AmpMax saved my butt by taking it from zero to nearly 75% during a one hour drive. My Note 4 at the time was great with battery but with Periscope, video and a dozen other apps working overtime during event coverage the AmpMax has proven to be a great safety net.  In the battle of portable chargers I genuinely say that myCharge is doing it right.