7 Days to Die Makes Its Way to Consoles 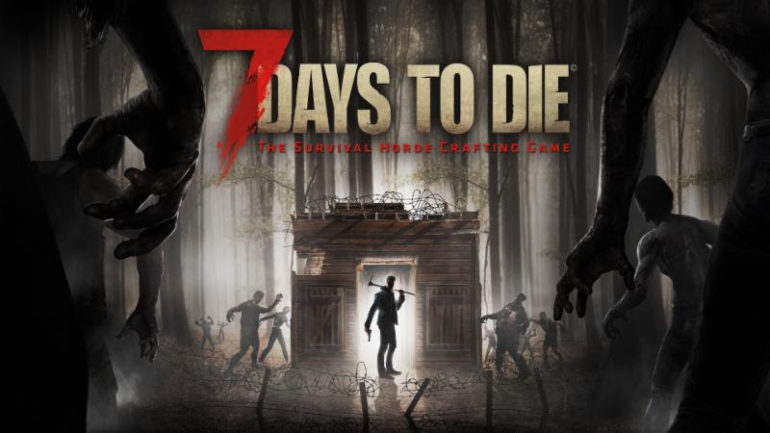 7 Days to Die is a survival horror game that made its way onto the PC scene back at the end of 2013. Developers The Fun Pimps have made a rather interesting partnership in order to bring the game to consoles. Everyone's favorite storytellers, Telltale Games, will handle publishing and it is oddly familiar and new for them. 7 Days To Die is set in a zombie apocalypse which may appeal to many fans of the Telltale series The Walking Dead. In the game, you survive by gathering resources and crafting materials, homes, weapons, etc. This game mechanic works very similarly to Minecraft which Telltale also has a game based upon. Even though this is one of the first games not actually made by Telltale, 7 Days to Die feels like it could have come directly from them. The original allowed you to partner up with people online to form communities, pool resources and defend your territories together. It is not mandatory, but it makes a lot of sense because of the way the game works. It is called “7 Days to Die” because every day, the difficulty increases. Videos on YouTube have mentioned that even during a single day, the difficulty incrementally increases as the hours pass. You not only have to fend off zombies, you have to keep your player fed, clothed (you can freeze to death) and healthy. Because society has fallen and a lot of things have gone bad, expect your character to get things like dysentery, something you rarely see in society today. Shelter is also important because zombies become more aggressive and can run at night which reminds me of Dying Light. I expect that this game will translate well on current gen consoles; only time will tell, but the time is near.

7 Days to Die hits PS4 and Xbox One this June. Don't miss out!

ONE MORE THING! Pre-ordering the game will give Walking Dead fans access to five character skins including Michonne and Lee Everett!