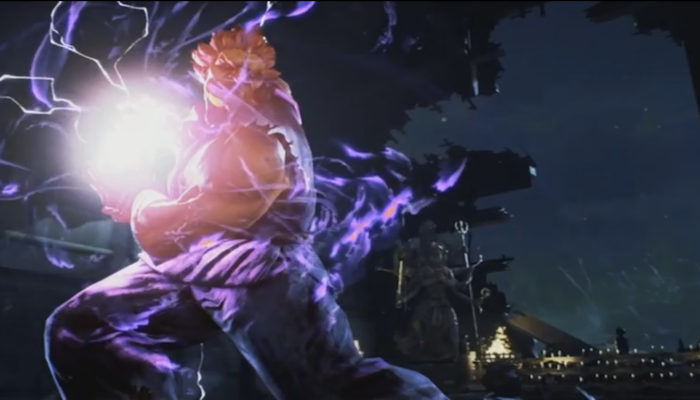 Bandai Namco surprised attendees of the King of Iron Fist global Tekken 7 Tournament with something I would never have expected. Fans in attendance along with those watching via Twitch were treated to a new trailer which showed Kazumi (mother of Kazuya and wife of Heihachi Mishima) pleading to a man in the shadows to stop her husband and son if she is unable to. While this may seem familiar to many that have seen past trailers for Tekken 7 the big reveal is that the mysterious figure she is speaking to is Akuma as in Akuma from the Street Fighter series.

Akuma joins the series in the newly announced Tekken 7: Fated Retribution. Akuma not only joins the series in epic fashion but also brings all his signature techniques from Street Fighter including Satsui No Hado. The addition of Akuma changes the landscape for the Tekken series plus sets the stage for Tekken characters to possibly make their way into the Street Fighter canon. On to the trailer!

What do you guys think of Akuma in the Tekken universe? Sound off in the comments!