The first season of HITMAN featured a player's choice mission where you chose which “Gary” to kill. Gary Cole and Gary Busey lent their talents to some rather despicable characters.

When all was said and done, Mr. Busey became the seventh Elusive Target, known as the “Wild Card.” R.A.G.E. Works has video footage of 47 dispatching with this lunatic. That was back in 2016 and now we move forward to HITMAN 2. 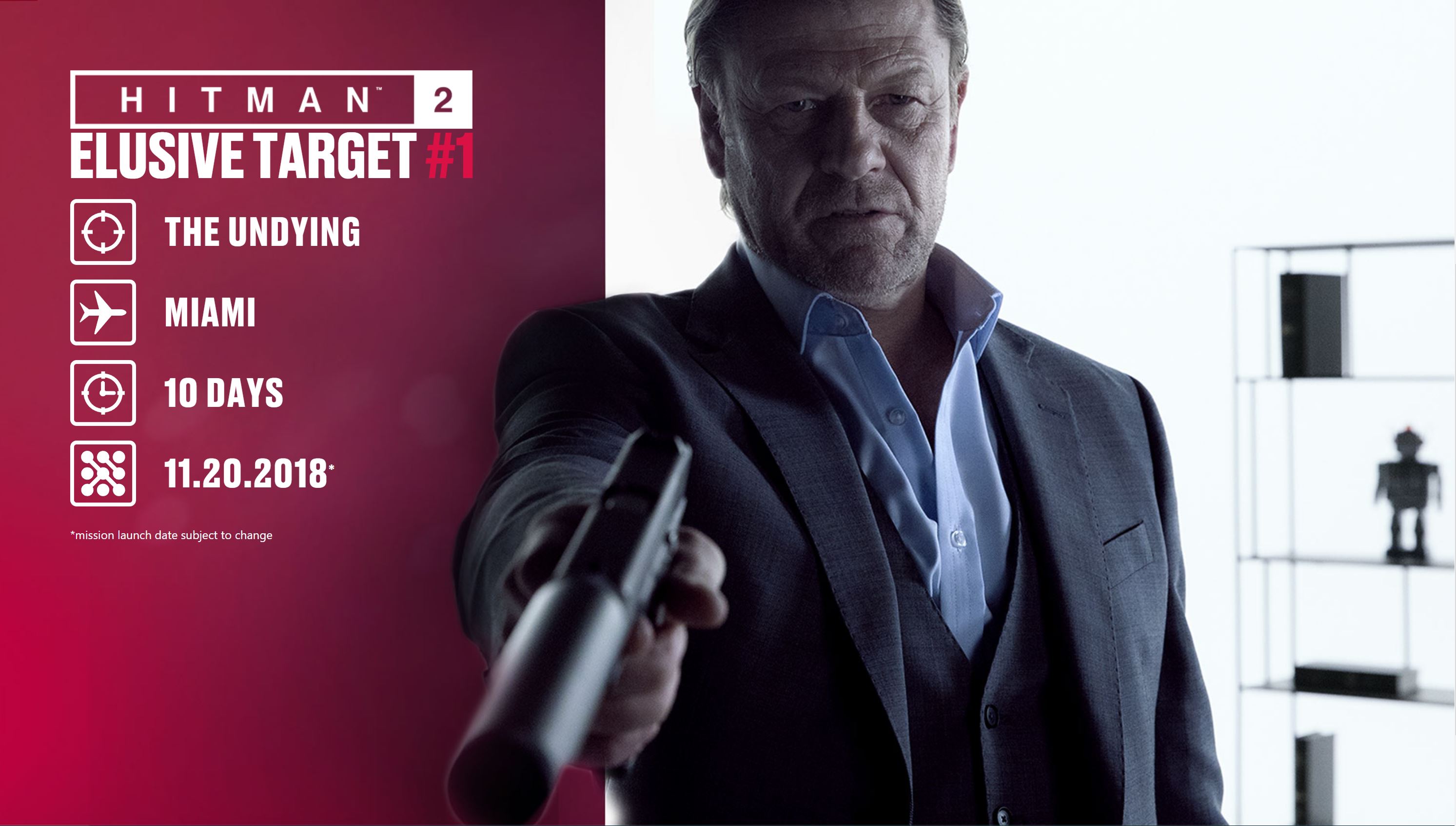 The talented Sean Bean will be in HITMAN 2's Miami next month. He will play the role of the first Elusive Target for the new game. Bean will take on the role of Mark Faba, a former MI5 agent turned freelance assassin. Faba is notoriously known as “The Undying” and has a reputation as a master of faking his own death. This leads the International Contract Agency to put a bounty on his head.

“I’m thrilled to be a part of the upcoming Hitman 2 video game,” Bean said in a press release. “It’s always exciting to take on a new role, and I’m looking forward to everyone seeing my character in action when the mission launches.”

IO Interactive studio head Hakan Abrak added, “We’re very excited to partner with the talented Sean Bean on the first Elusive Target mission in Hitman 2. Elusive Targets have become a distinguishing trait in Hitman games as part of the constant stream of free live content for all players to enjoy. This new mission starring Sean Bean is one of many updates, features, modes and franchise firsts coming to Hitman 2, making the next chapter in our ever-expanding world of assassination a richer game for our passionate community and newcomers to the series.”