If it is always darkest before dawn then The Dark Knight is about to be blinded by light. Episode three of Batman: The Telltale Series picks up with a new Harvey Dent. After the Penguin's attack he is now a man of duality. You might even say that he has “Two-Faces” now. Separating himself from Bruce was a wise move as the Wayne Enterprises board of directors has even turned on him. Danger closes in on our hero from all angles despite the suit he chooses to wear. 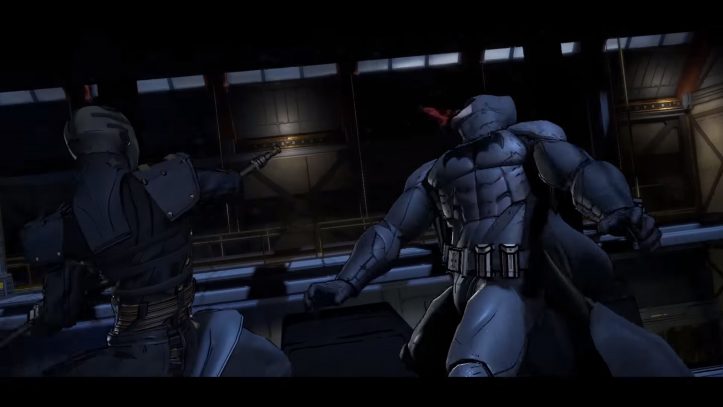 Then we have another matter. The leader of The Children of Arkham. Telltale has taken some liberties with the look of Batman's rogues' gallery. The Penguin was tall and slender instead of short and fat. Blockbuster looked quite different from both his comic and Young Justice appearances. Now we have someone who controls a small army and can match Batman in a fight. Speculation is rampant and I am torn between Hush and Scarecrow. Dr. Crane is not known for being a great combatant, but the series has already seen a gas that alters the mind. Perhaps Batman was dosed and he is making use of that. Scarecrow has been known to carry a scythe; a staff would not be a huge departure.

It seems that we shall have some answers tomorrow, October 25, 2016! Join the stream and participate in the chat!