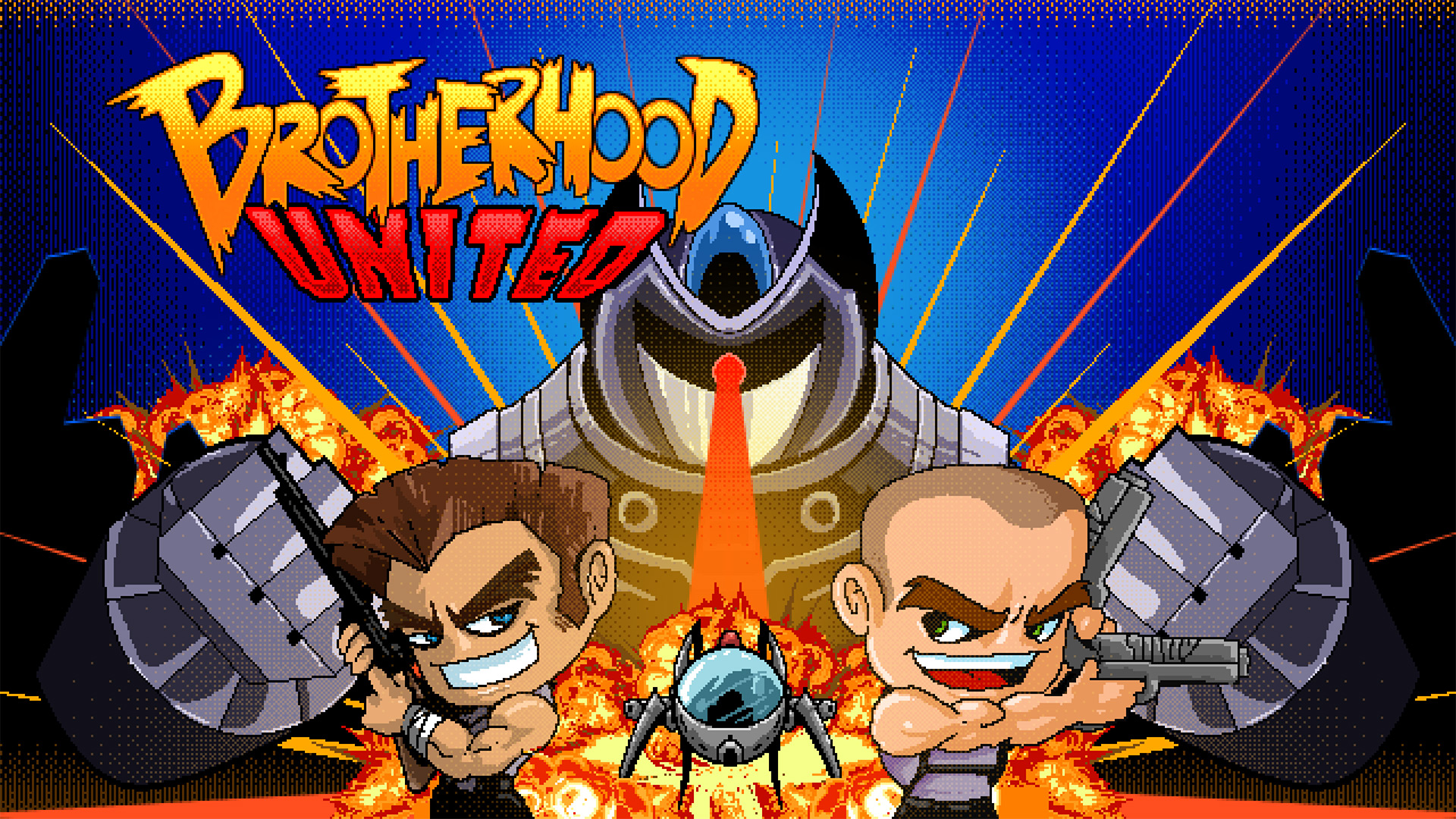 Brotherhood United calls back to co-op arcade shooters with guns – lots of guns. Grab your brother, or your buddy or your whatever and take down everything! Twenty levels with eight giant bosses await. This is a great looking couch co-op adventure coming to consoles tomorrow. If you are a fan of games like Broforce and Super Time Force Ultra, this game is speaking to you.

It’s time to get the boys together, slam some beers and prepare to dish out some serious punishment! In this mayhem-filled run ‘n gun platformer, you join a brotherhood sworn to leave none of their own behind. You’ll have to fight through an entire army of baddies to rescue your captured partner.

Pick your guns, grenades and even customize your outfit for a look your fallen enemies won’t soon forget! Blast through 20 levels with 3 sub-quests each, all presented in nostalgic pixel art style. This battle is all about comradery, so bring a friend with you in local co-op for double the demolition! Defeat 8 gigantic bosses together or dare to go solo, whatever it takes to reunite the brotherhood.