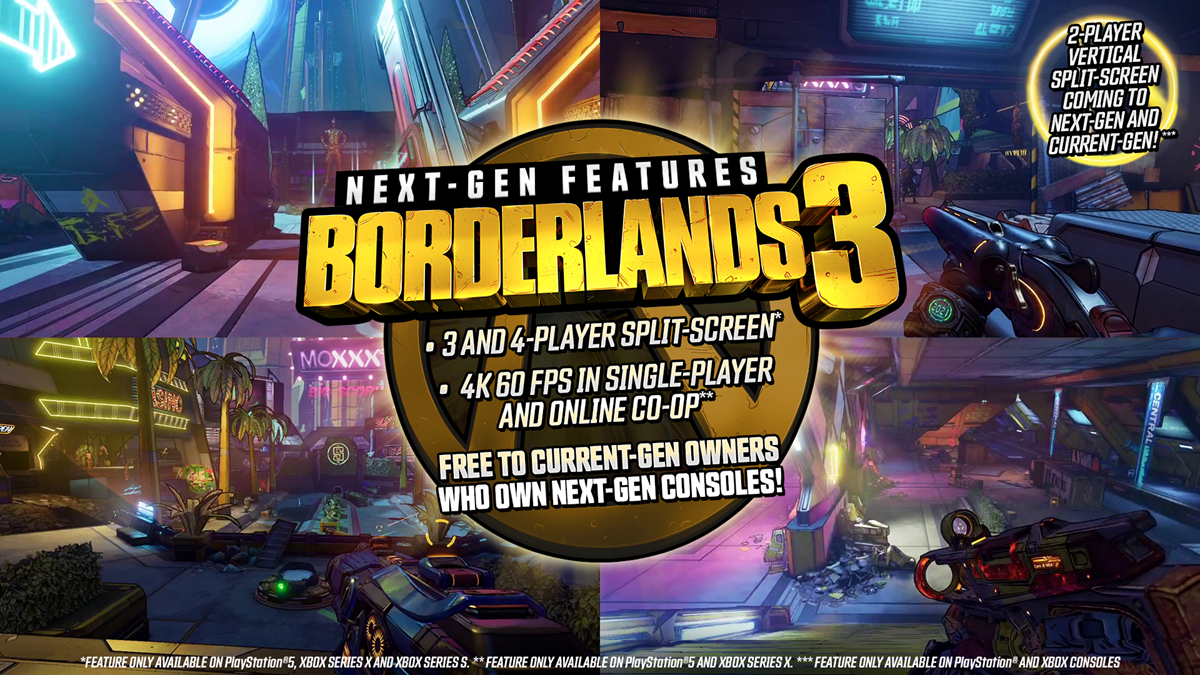 Borderlands 3 has been fully optimized to take advantage of next-gen console processing power. Get ready for a new level of graphical fidelity in the Borderlands universe. The Xbox Series X and PS5 will run the game at 60 frames per second in 4K resolution. Play in UHD during single-player and online co-op! All next-gen consoles will even support three- and four-player split-screen for local multiplayer. The vertical two-player split-screen is even coming to PS4 and Xbox One. Look for a free update on November 10th and 12th respectively.

Existing owners on current-gen platforms can easily transition to the next-gen version within the same console family. If you own the game on Xbox One, you’ll be able to play the Xbox Series X/S version. If you own the game on PS4, you’ll be able to play the PlayStation 5 version. Add-on content and save files can also be ported to next-gen consoles within the same family. This means you can jump straight back into the action* right where you left off. Get full details on Borderlands 3 and the next-gen upgrade on the official website.

If you own the physical version for PS4 or Xbox One, you will need the disc model PlayStation 5 or Xbox Series X to upgrade.