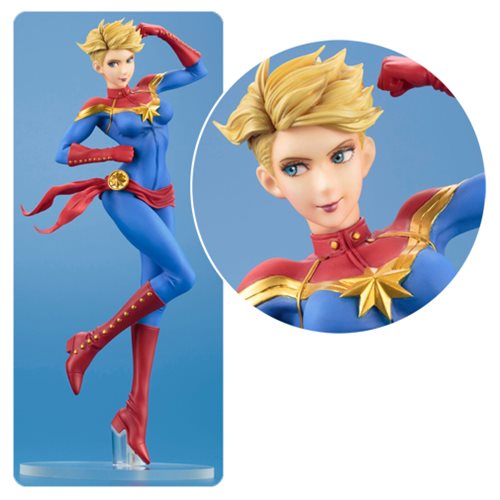 While fans may have to wait awhile to see Captain Marvel on the big screen the crew at Kotobukiya are striking early with their new Captain Marvel Bishoujo statue. The statue's bishoujo design is based on the art of Shunya Yamashita and is in 1:7 scale.

The statue is roughly 9 inches tall and would make a great addition to any Captain Marvel or Kotobukiya Bishoujo fan's collection especially with its affordable $79.99 price tag which won't hurt your wallet as much as other statues.

Our friends at Entertainment Earth expect the statue to arrive in August but sometimes the statues arrive early. Interested in picking one up? You can preorder it here.