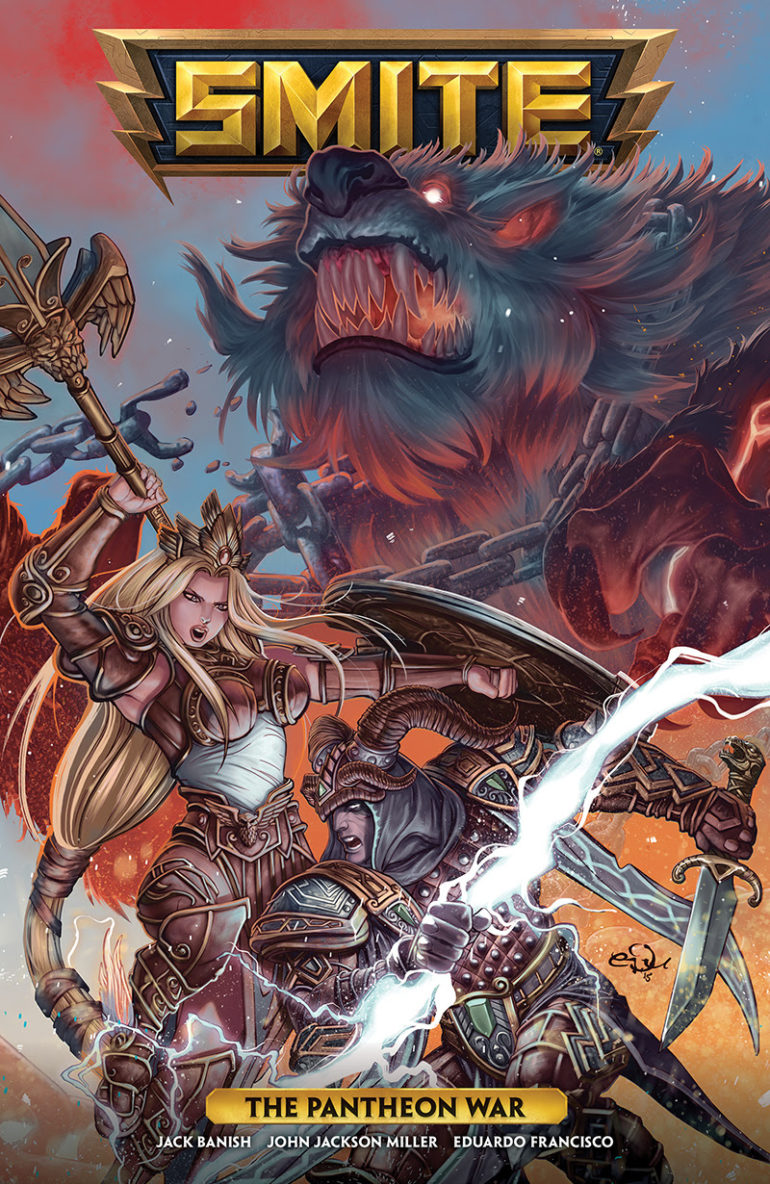 SMITE: The Pantheon War collects the three-part digital comic series telling the tale of the looming war between the pantheons! SMITE is currently available on PC, XBOX One and PS4 and has a global fan base of roughly 14 million fans which will surely ensure a “few” sales.