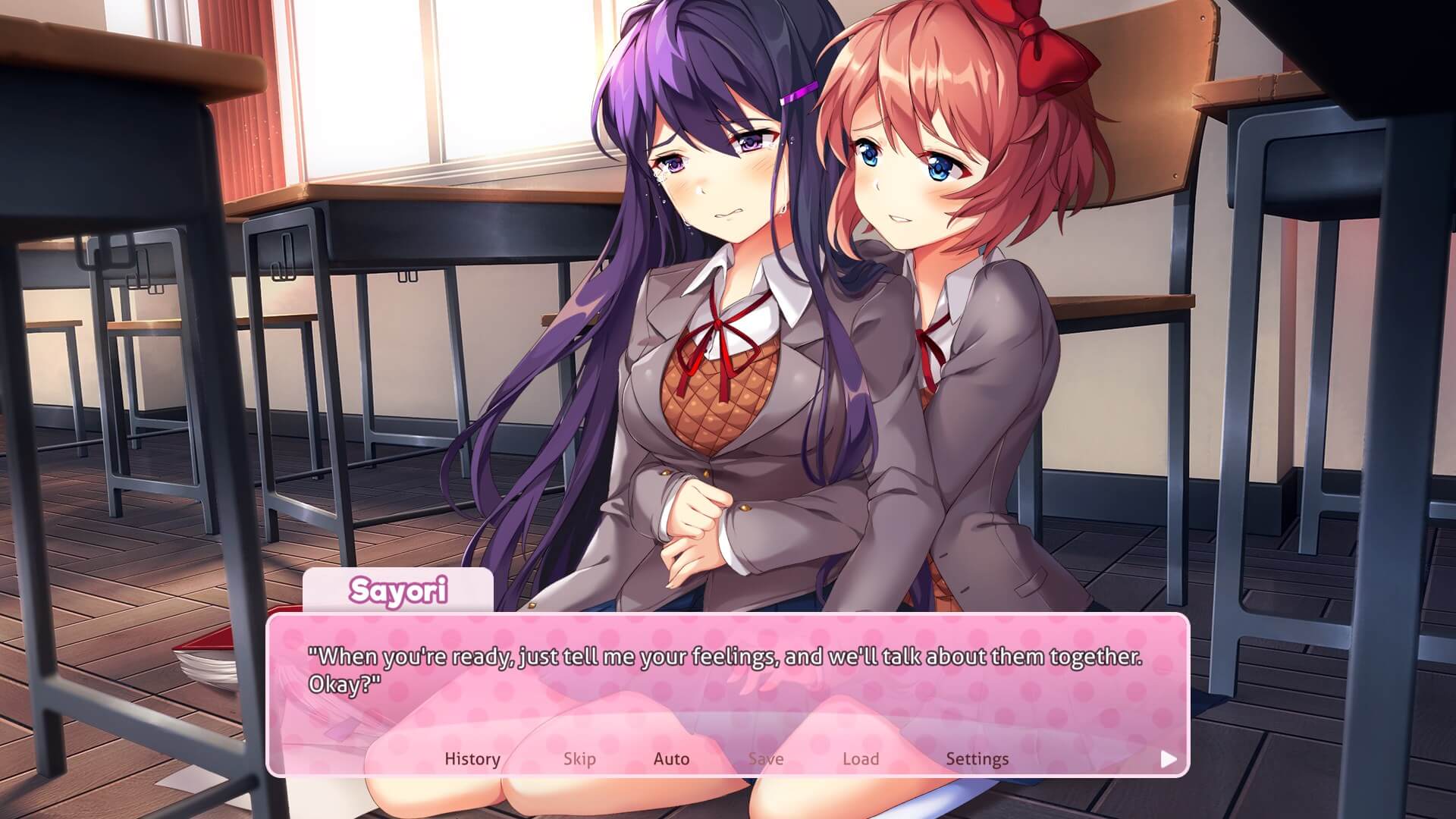 Doki Doki Literature Club was a massive hit upon initial release. It was the number one rated Steam game of 2017 and one of the highest-rated titles of all time. The game achieved a cult status quickly, garnering a huge community and amassing over 9 million downloads. Serenity Forge, along with Team Salvato brings physical editions of the game to retail on June 30, 2021. Along with the game will be an assortment of stickers, standees, a special poem, soundtrack download codes, and more.

You are a student who joins his school’s literature club at the request of his childhood friend Sayori. You meet other members Yuri, Natsuki and club president Monika.  Soon, the player begins writing poems and grows closer to the other members – is romance in the air?