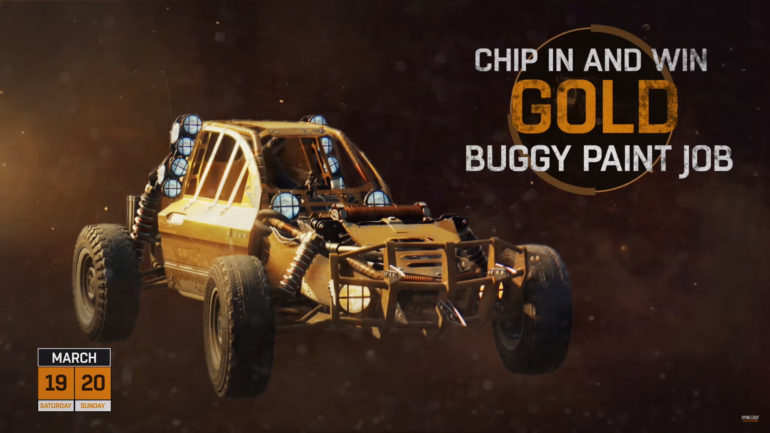 Dying Light finished its first community bounty early Monday morning. Between March 19 and 20, the entire Dying Light community (PC, PS4 and Xbox One) were tasked wit hthe vehicular mutilation of 5,000,000 zombies. That might seem like a tall order but um, well. . .

The final tally nearly quadrupled (that's four times) the necessary bounty! The promised reward was a gold paint job. However, because the community went so insane with the results, Techland is giving an additional bonus paint job pictured above. I can say that personally I contributed a measly amount of kills, but I can still take pride in the fact that the PS4 ruled the roost! Forty-seven percent of total kills and the largest number of kills contributed by an individual all came from Sony players. Here is a full breakdown of the total:

Techland wants to thank everyone that participated and ensures that there are more great rewards coming. Stay tuned for the next Dying Light community bounty along with other great updates!