LEGO Star Wars: The Force Awakens Expands Upon the Film 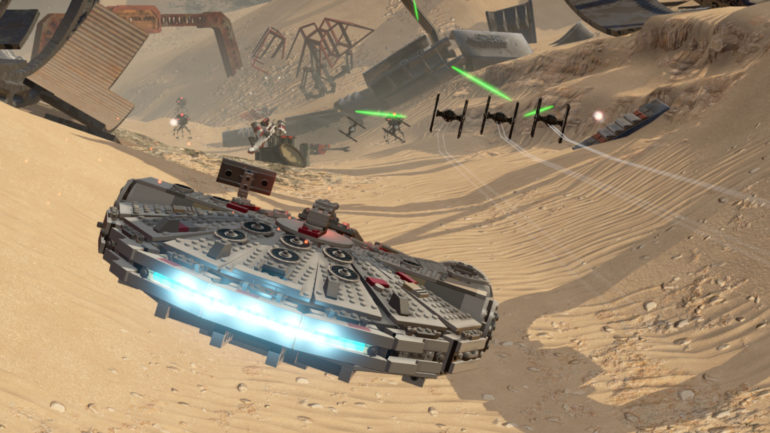 LEGO Star Wars: The Force Awakens is looking to become that bridge to get you over until episode 8 debuts. Warner Bros. released a new trailer today showcasing the gameplay of the upcoming title. Not only is LEGO Star Wars: The Force Awakens looking to breathe some fresh air into the LEGO game franchise, it also shows scenes that clearly were not in the movie. How Han and Chewie captured the Rathtars will be addressed. There will also be additional vehicular battles as we see Poe's X-Wing facing off against a Star Destroyer. Considering how much content has been packed into recent LEGO games, it is not surprising that a game based upon a single movie would be looking for more story content. I have to tip my hat to TT Games in adding multiple build options to the game. The linearity of LEGO Marvel's Avengers was frustrating at times, especially when it was not clear what to do next. So far, things are looking promising for this title. Let's hope this game tops all previous efforts in the LEGO series to date.